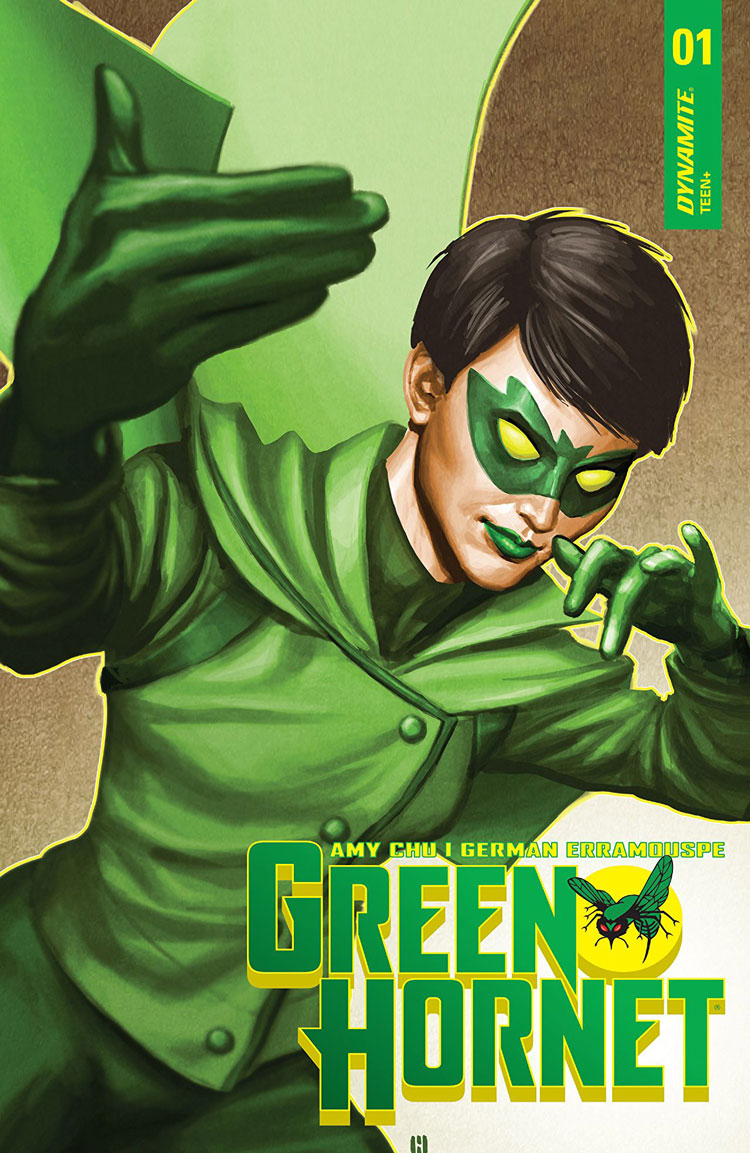 I’ve been a fan of The Green Hornet since Bruce Lee graced the screen as Kato in 1965. I’ve always been a fan, even when I received lackluster adaptations such as the 2014 movie abomination. So when I saw The Green Hornet sitting on the list, I knew I had to get it to review.

In this issue, Britt is missing. He hasn’t been seen in a couple of weeks. Without Britt, there is no Green Hornet. The Reid Publishing Empire is in danger of a hostile takeover, and they’ve elegantly slid in the fact that just no one reads newspapers anymore. The Sentinel is one of a dying breed.

Writer Amy Chu introduces the reader to the problems of the newspaper, the looming doom of a missing Britt, and Kato’s daughter, Mulan — who is tasked with keeping her father on his toes, no matter the day or the time. With Britt missing, it looks like a few street vigilantes have taken to filling the missing Green Hornet’s shoes, and not always for the better.

Kato and Mulan take out the Black Beauty, The Green Hornet’s tricked out and weaponized town car, to discover who is pretending to be the Green Hornet. With more and more pretenders stepping up to take the place, pretty soon a real hero will have to fill his shoes.

I was a fan of how clean the lines from German Erramouspe are in this issue. I’m a huge fan of clean lines in comics. I personally feel that the sketchy mess that a lot of people go for nowadays is extremely distracting. I thought the colors by Brittany Pezzillo were deliberately limited in this issue. Lots of greens and blacks, the Hornet’s main color scheme. I like that it tells you exactly what this issue is about, but I do hope for the future that the other issues are a bit brighter and more colorful.

I look forward to reading the rest of the series. I’m interested in who is truly going to be the next Green Hornet, whether Britt will be found, and what new villains the writers will have in store for them.