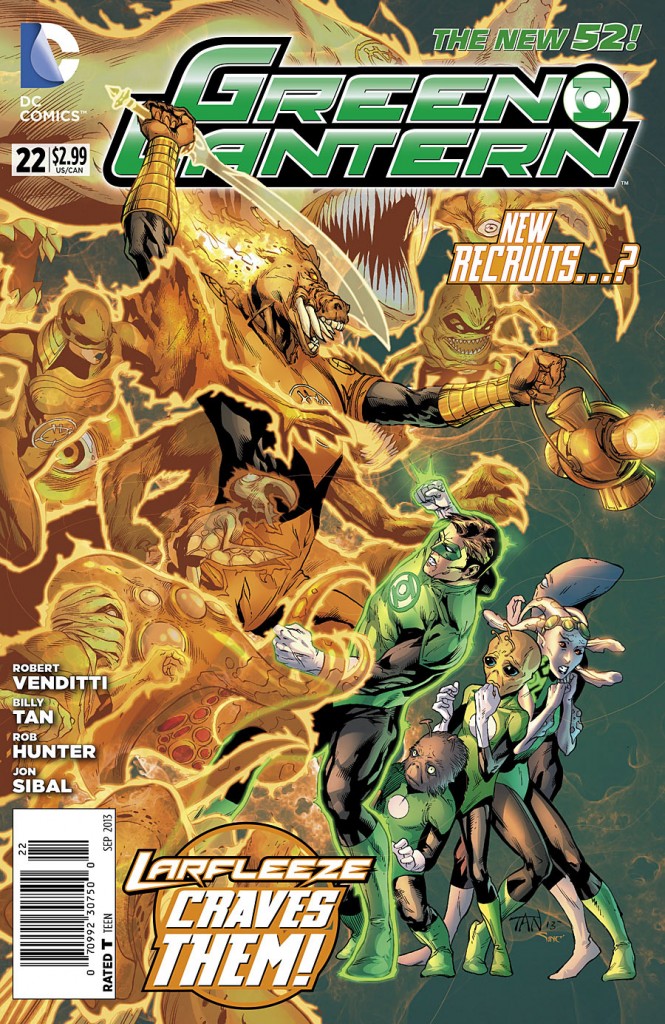 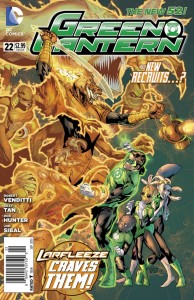 Venditti is taking this title by the horns and after a strong issue #21, he delivers an even stronger script in #22. Hal Jordan is at his best when he is out of his element and challenged, and Larfleeze is bringing a massive challenge down on Oa in his first five minutes as leader of the Corps. What struck me most about this issue was Venditti’s ability to convey a sense of absolute chaos. The veterans are overwhelmed, the new recruits are baffled and unsure of themselves, and Larfleeze is pouring it on strong. The recruits have some of Venditti’s strongest dialogue in the issue and his interpretation of new ring slingers is fantastic. They bring a feeling of innocence to the Corps, and the realization of just how much rebuilding is coming in this title and Green Lantern Corps. Venditti is planting the seeds early on in this run for some interesting situations, and Hal Jordan and the Corps are in good hands going forward.

This issue also features some of the strongest work I’ve ever seen from Billy Tan. There is a LOT going on in the action sequences of this comic and Tan handles the task very well. His inkers, Rob Hunter and Jon Sidal, work well with his pencils and provide a sharp and clean look that fits the Green Lantern Corps well. There are some great splash pages in this issue and some strong character work, with Tan bringing a lot of personality to some of the non-human characters. His work is similar to the early Ivan Reis work on the title during the Johns run, and we all know what a fantastic run came from that. This issue also features some excellent colour work from Alex Sinclair and Tony Avina whose skills bring the Orange Lantern army to life and give this issue a lot of visual pop.

The future of Green Lantern is bright, and issue #22 does a great job of focusing on what makes Hal Jordan a great hero. This issue has a strong script, strong art and sets up some great plot lines for the future, and is a must read for any Green Lantern fan.