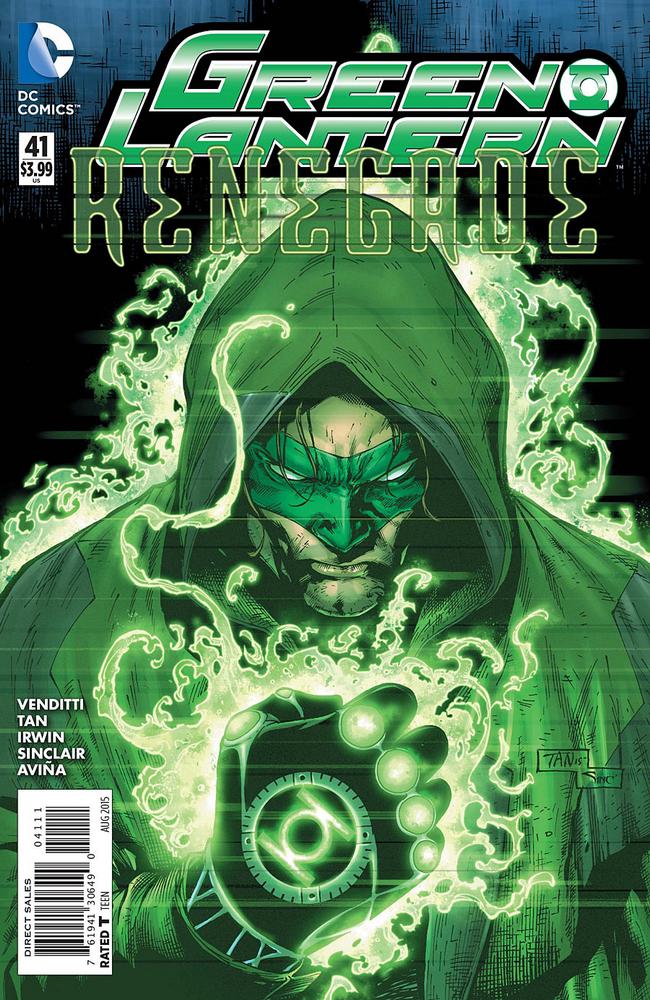 The renegade Lantern, the mighty Hal Jordan, is rolling around the Universe dealing out justice while running from the Corps.

Robert Venditti has put Hal Jordan and the Corps through a lot in his time on Green Lantern, but this is a whole new angle. Hal Jordan is on the run, wielding a powerful weapon and still acting as a rogue space cop. He’s the typical Hal we know in this issue, though I will say I think the bravado was cranked up a bit high at points. That said, this is Hal Jordan and bravado is pretty much his middle name. This issue sets up the new status quo before throwing down a CRAZY cliffhanger that blew me away. The ending was unexpected and floored me, and justified some of the slower build up in the issue. How this plays out going forward will define this arc, and I will admit, Venditti got me hooked with that ending.

Billy Tan’s artwork is solid throughout, and the new look for Hal has some edge. I like the look and feel of renegade Hal, and overall the art is good. It didn’t floor me very often, though Tan did have a lot of characters/alien species to deal with. His work doesn’t make the jump to amazing, but it does not disappoint, either and I have a feeling that this renegade status of Hal is going to put him in some crazy situations where Tan can go wild.

Green Lantern #41 was an enjoyable read that set up what Hal’s role in the galaxy is now while leading up to a wild cliffhanger. The ending has me more excited for the series than I was up until the last page, and I’ll be diving into Green Lantern going forward. Venditti and Tan are a good team and if ring slingin’ is your thing, Green Lantern #41 is rock solid.