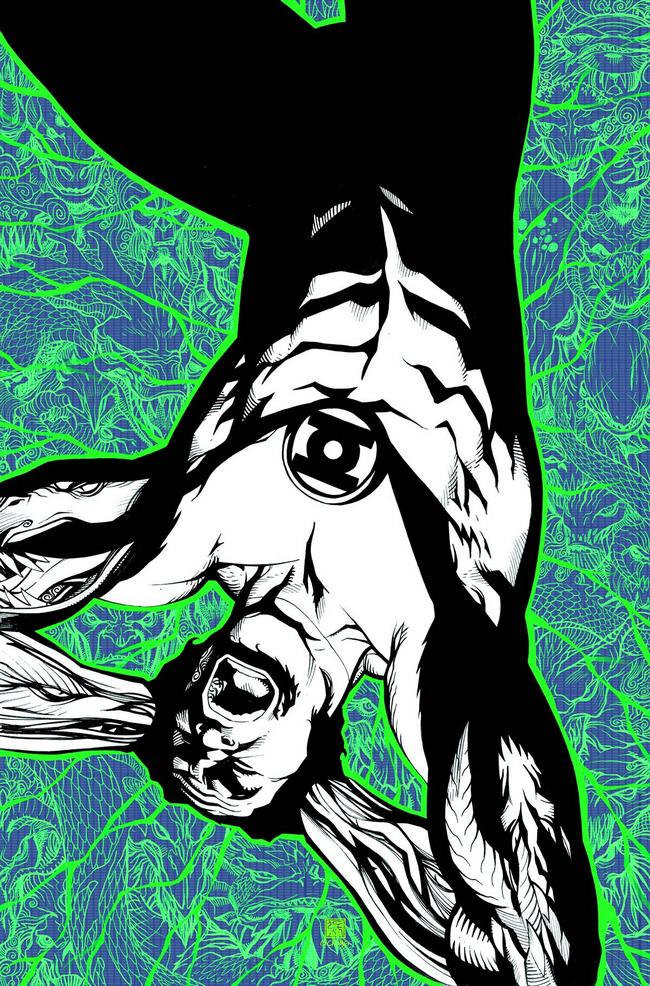 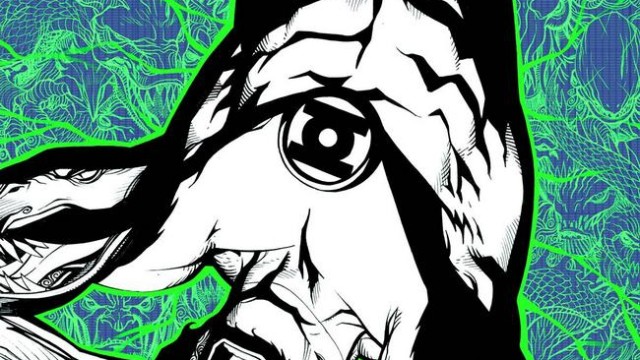 The Corps are reeling from the events of Godhead and are re-organizing on Mogo, but, of course, the galaxy never rests and a new threat rises on a planet very near and dear to a new Corpswoman’s heart.

Van Jensen does a solid job of making this Corps feel like a family in this issue, and while Godhead was hard on them as all the major events seem to be, there is happiness in this issue as we get to see Jensen’s first set of recruits become full fledged Lanterns. It always brings a smile to my face to see recruits go through the ringer and get their badges, and this moment didn’t disappoint, by any means. Jensen quickly whisks the crew off on an adventure, one near and dear to Feska’s heart, which immediately pulls at my heartstrings as well. Any storyline featuring parents and the safety of a child hits me on a different level, and I was immediately sucked in and invested in this story. After the spanning epic that was Godhead, I applaud Jensen for pulling the focus in on a small set of members from the Corps and a very focused mission. It is very easy with Green Lantern books to move from one space war to the next, and these issues with a tighter focus lend themselves well to quality character work. Feska and John Stewart certainly benefit from this, and fans of either character will be happy with what they find in this issue.

Bernard Chang and Mirko Colak team up to deliver a solid issue and they mesh their styles well for the sake of cohesiveness. Chang is one of my favourite Green Lantern pencilers of late, and Colak handles the grit of the issue well. They both deliver some well crafted layouts in this one, and the pacing of this issue is very strong. I often judge Green Lantern artists by how explosive the constructs are and how imaginative they can be, and the team doesn’t let me down with this issue. There are a couple that explode off the page, in large part due to the electric colour work of Marcelo Maiolo. His colours steal the show on several pages, taking good art and striking it with lightning and making it leap from the page. This is top notch colour work from Maiolo and his work really helps set the tone for the visuals of the book.

Green Lantern Corps #38 is a solid issue that narrows the focus of the title back down to one human Lantern and a merry band of recruits we’ve grown to know pretty well over the past year+. Jensen writes them well, and the art team delivers some really steady visuals throughout to keep the issue interesting. I’ll be back next month without a doubt.