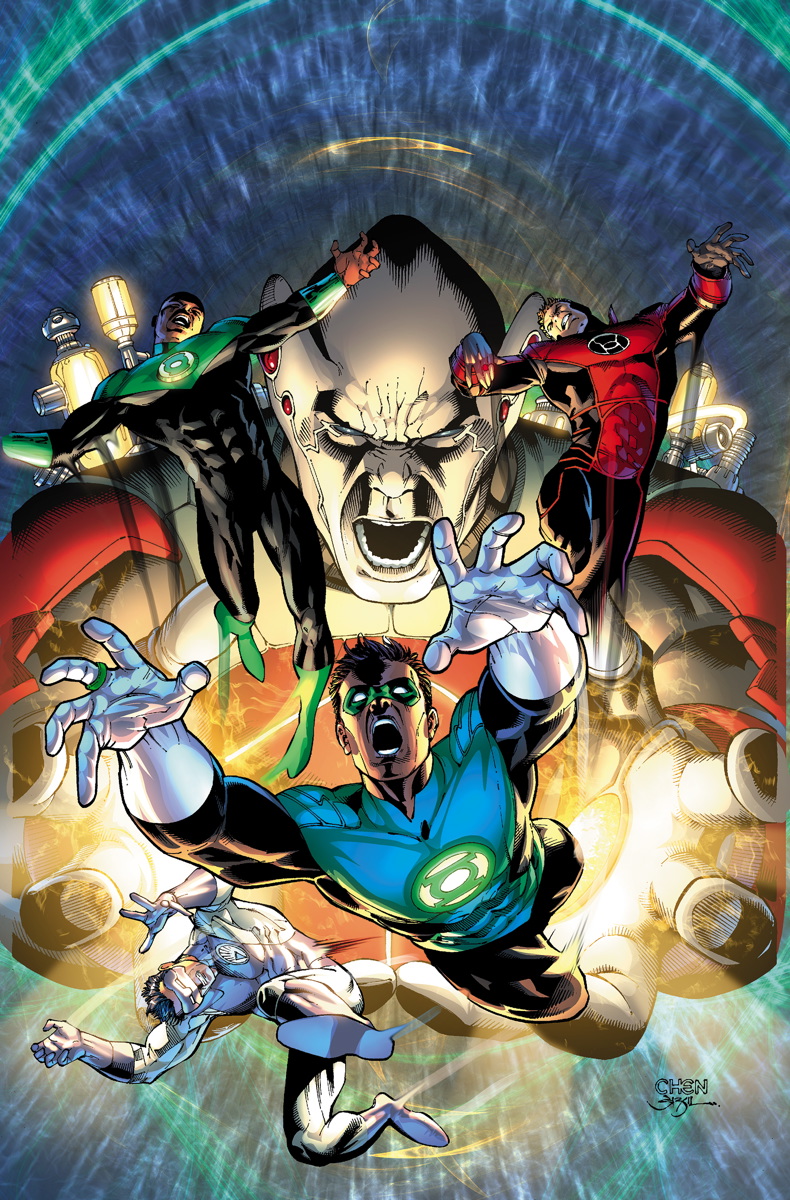 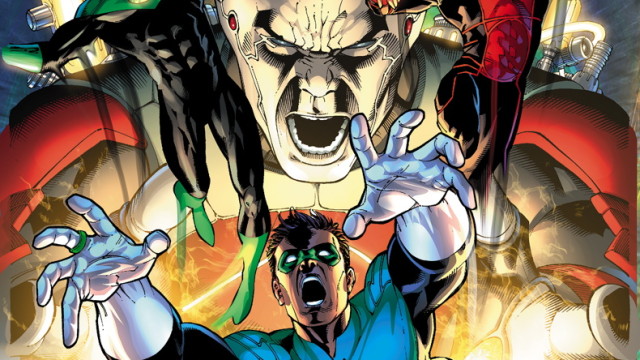 Green Lantern fans, the new era has officially kicked off with a bang.

In the first crossover event of the “new” Green Lantern Universe helmed by the Four Corpsmen (Venditti, Jordan, Soule & Jensen), Lights Out tells the tale of the various Corps versus Relic, a being of immense power who has arcane knowledge of how the ight of the rings works in the universe. This crossover dramatically changes the status quo and dynamics of the rings as readers know them, which is a ton of fun to read. It’s not often that we get major shakeups in a set of books as established as the Green Lantern titles, and Lights Out definitely shakes things up.

Venditti introduces a strong villain in Relic, someone he establishes as being powerful enough to take on all the Corps at once without being as boringly omnipotent as the First Lantern. Relic is not simply evil, but rather a man who is dedicated to his cause, schooling the Lanterns with knowledge from before their time and posing a serious threat to the way they operate. This makes for a compelling story as it slides through the books and the different Corps have to deal with the situations put before them. The conundrum Relic puts these established characters in shows them at their most interesting and the writers do a great job fleshing out these characters.

The writers also do an excellent job in this crossover of keeping the story cohesive while maintaining their own voices. Each of the Green Lantern titles has a unique tone, which stays consistent despite the story progressing through multiple hands. During this crossover, each of the titles is the strongest it has been since the Johns era, providing a great springboard for these titles to launch from going forward. This crossover acts as a nice jump-in point for readers looking to dive into Green Lantern comics, providing a taste of each series while telling a strong story.

A large part of experiencing the tone of each series is the exceptional artwork in this collection. These artists are on fire and there isn’t a single artist that drops the ball in this collection. This is one of the strongest crossovers I have ever seen from an artistic standpoint with 6 artists who each handle massive casts, space battles, and multiple locations very well. At no point does the artwork ever drag down the story and if these artists can continue work that is this strong in their titles then we have entered a new Green Lantern golden age. A special shout out goes to Bernard Chang who I feel delivers the strongest storytelling of the collection, and is worthy of the recognition. His Green Lantern Corps is energetic and exciting, much the way it was when the title was started after Rebirth.

Green Lantern: Lights Out is the strongest crossover event to hit the GL books in a long time and a great place for new readers to jump into the GL mythos. The creative teams have changed the way Light works in the DCU and have added some very interesting elements into the different Corps. This is Green Lantern done right, and I highly recommend anyone who is a fan of grand space adventures check this one out. This is the real deal.