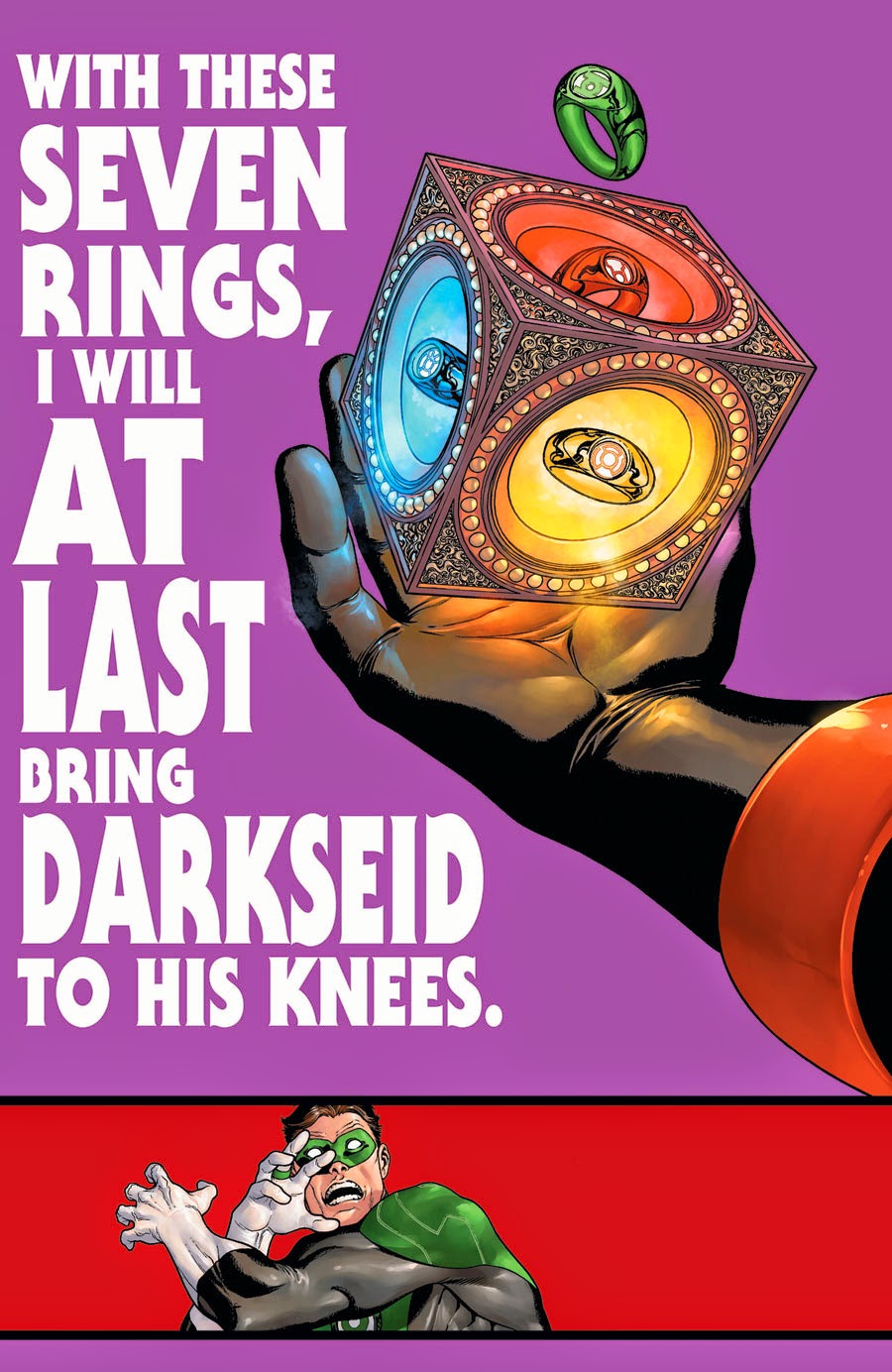 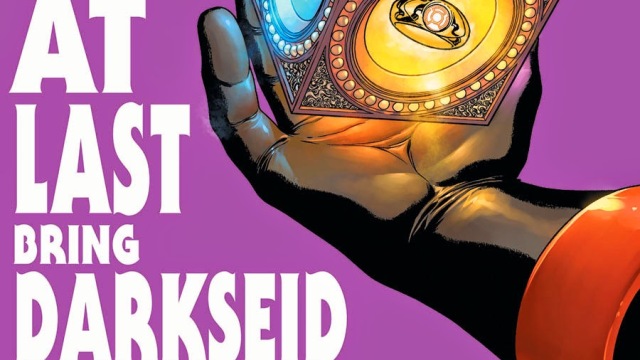 On the surface, Green Lantern/New Gods: Godhead #1 seems like a tough book to simply pick up and enjoy. The mythology of the New Gods alone, not counting the pre and post New 52 Green Lantern mythos, is dense and filled with high-concept ideals such as Life Equations, Source Walls, and White Lights. For even the casual DC Comics reader these elements will seem familiar, even if one does know how all the moving parts connect; for the new reader, the Godhead event seems like it should surely be too much to take in.

This comic, and the events it both sets up (a war between the various Lantern Corps and the New Gods) and the events it helps clarify (Multiversity, the up-coming hints of a calamity that will befall the New 52 cosmos, and the ‘new’ take on Jack Kirby’s penultimate characters), are aided immensely by a fantastic opening five pages — two of which fold out into a panoramic view of the Source Wall of Creation, an amazing piece of art that I now want on my own wall at home.

In these densely packed pages any new reader, or any reader who is a seasoned mythographer of the New 52 comic setting, will see the origins of the universe: how the Hand of Creation built the cosmos, how the Old Gods became the New Gods, what split Darkseid and Highfather into opposing camps, and how the New Gods of New Genesis and Apokolips operate. There is a twinge of the ‘unreliable narrator’ factor in the words of the speaker of this ‘New 52 Creation Myth,’ but in that lies the fun – seeing a whole new take on the New Gods and how their actions will shape (or, doom!) the New 52 universe.

The premise is simple: Highfather, the leader of New Genesis, desires single rings from each of the Lantern Corps for his own purposes. When each of his New God agents appear before their respective Lantern targets, different stories from different aspects of the Green Lantern: New Guardians stories that have been going on since the start of the New 52 come into play. Yes, Saint Walker still has a lack of Hope after the events involving the Reach, Relic, and Kyle. Yes, Sinestro is still rebuilding and renewing the Sinestro Corps when he is attacked. Yes, Larfleeze is still the only Orange Lantern and his ring is a target.

How do these different encounters shape up? Some have more impact than others, like the impact of Munk losing his ring as opposed to Saint Walker losing his, seem to hint are more interesting stories in the future, Regardless, every encounter between the Lanterns and the New Gods across the 13 pages of this part of the story all service one end: get these rings into Highfather’s grasp. What he does with the rings and how his ambitions for them are (literally) crafted is among one of the most severe and fascinating events I have ever seen occur in the New 52 universe.

The implications are powerful, the stakes are as high as they can be, and Green Lantern/New Gods: Godhead wastes no time setting the stage for the real ‘heart’ of the story. Naturally, the final issue hints at who the major player/focus in this story will be. Yes, some of these events have been hinted at in Future’s End, but darn if seeing the last page of this comic didn’t make me want the next issues of his event to be out more than I did when I saw the opening spread of the Source Wall.

Special attention must be given to the art as this issue has wildly different art which evokes drastically different agendas, depending on which section of the comic you are reading. The artists for this book are Ethan Van Sciver, Martin Coccolo, Gordon Sudzuka, ChrisCross, and Pete Woods. Van Sciver’s rich detail work and sweeping designs lend themselves perfectly to the opening ‘mythos’ section of Green Lantern/New Gods: Godhead. His rendition of the Source Wall alone is worth the $4.99 price of the comic as it is stunning. The pencils and the details, coupled with the rich color work, create the definitive tapestry of life for the ‘birth song’ of the New 52 universe.

Coccolo’s work continues the same pace he has maintained over the Green Lantern book. Rich blacks and green dominate the pages, both in the shadows over Mogo’s rich foliage and during talks between Hal and Kilowog. His work paired with the color schemes evokes the most emotion for Saint Walker, the broken and hopeless being who mourns what the universe has taken from him.

Gordon Sudzuka’s bright and simple designs work perfectly with the coloring on the book to (literally and physically) illuminate the world of New Genesis. While the brighter colors and the smoother designs contrast the styling that Highfather is cast in by Van Sciver, there is a single panel worth commenting on. In one panel placed at the furthest middle-section of the right side of the page, a young girl is being taught in school about Apokolips. The design, from the proportions of her eyes to the coloring that shows the ‘light’ of New Genesis washing over her as she is taught about the horrors of war, is immaculate. One page depicting Mogo drawn by the incredible CrissCross is heartbreaking.

All writers involved bring their A-game: Van Jensen, Robert Venditti, Charles Soule, and Cullen Bunn each nail the voices their characters require to get the story across, especially where Highfather is concerned. With so many writers I am not positive if any one writer handled the New God himself across so many different sections, but each one hammered his new incarnation’s character home: peace at any price, regardless of the cost. At no point does anything any character say feel off or out of place. Given how many characters are presented in this single issue, it is a credit to the writers of all sections that they have so masterfully inter-mingled their characters so well with the encroachment of the New Gods into their corners of the Green Lantern/Lantern Corps universe.

Green Lantern/New Gods: Godhead is an amazing first entry into what promises to be a great story for the New 52. Not only will it help expand the universal ‘reach’ of the Lanterns respective plots, it should also fill in some much needed community and theme gaps for Multiversity and whatever DC Comics has planned for the future of the New 52 universe.

PRO: Amazing depiction of the birth of the New 52 universe. Fantastic and frightening take on Highfather. The implied stories which might result from certain characters losing their respective rings. The connections being established between the Light of the Lantern Corps and the Life/Anti-Life Equation.

CONS: The story for some readers might be too much in one issue, even if it seems great care is taken to lay out how many parts exist within the whole.