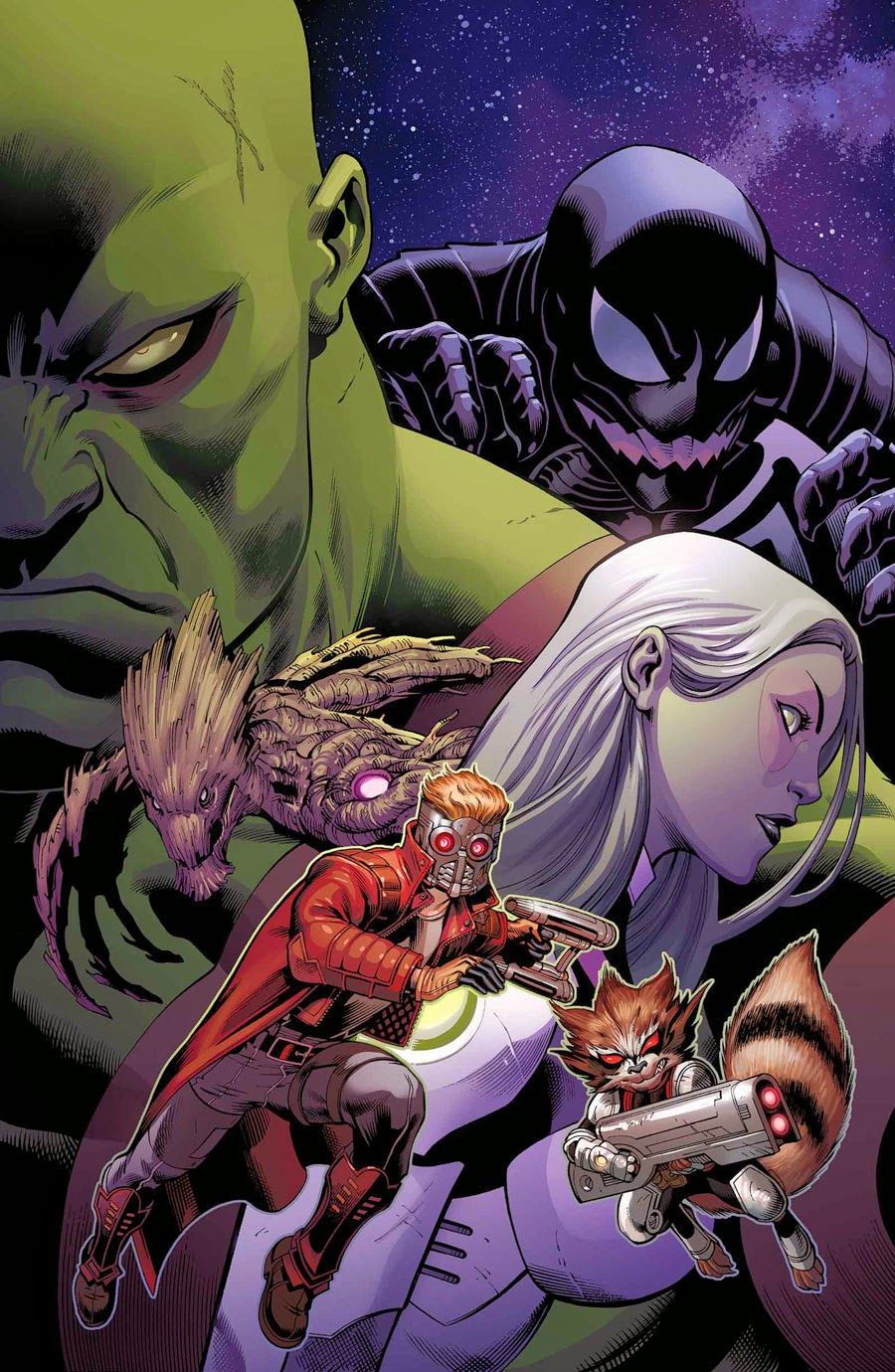 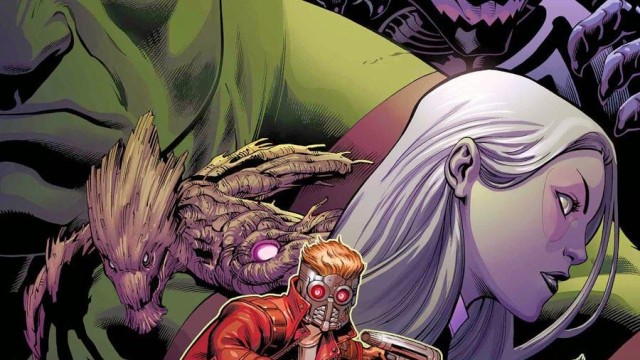 The band is back together as issue #17 of Guardians of the Galaxy brings the world’s new favourite team back together after being scattered by J’Son of Spartax.

Reassembling the crew is really what this issue is about. It’s pretty straightforward, though Bendis does seed some potential future storylines with some subtle (and not-so-subtle) events, but at the end of the day the purpose of this comic is to bring the scattered crew back together. Because of this, in some ways it feels like a filler issue. There is little driving the title forward, as the issue really just brings the pieces of this title back together. Bendis’ dialogue is strong, and the personalities of the Guardians always makes for some entertaining one liners, but as far as big time events go, readers won’t find them in this issue.

The addition or Carol Danvers to the team makes sense, and the character compliments the team well. Bendis writes banter between Carol and Star-Lord well, and this is a dynamic I think readers can definitely get behind going forward.

Nick Bradshaw and Michael Avon Oeming split art duties in this issue to mixed results. Bradshaw’s art is inconsistent, and doesn’t seem to fit the title all that well. The characters don’t exude much personality by his hand, and with the long line of stellar artists that have worked on Guardians it is apparent when there is a quality drop in artwork. His past work on Wolverine and the X-Men was seemingly a stronger fit, and better suited to those characters.

Oeming’s artwork is more consistent and wraps the issue up on a better note.  His artwork is more stylized than we’ve seen on Guardians for the most part, but it works. He and Bendis obviously collaborate well, and the latter half of the issue feels very cohesive.

Guardians of the Galaxy #17 is one of those issues that resets the deck and kicks off some events that may pay off nicely down the road. It ends on a somewhat awkward note, considering the next issue deals with what happened to Richard Rider in the Cancerverse, but the pieces are in play for a solid next arc.