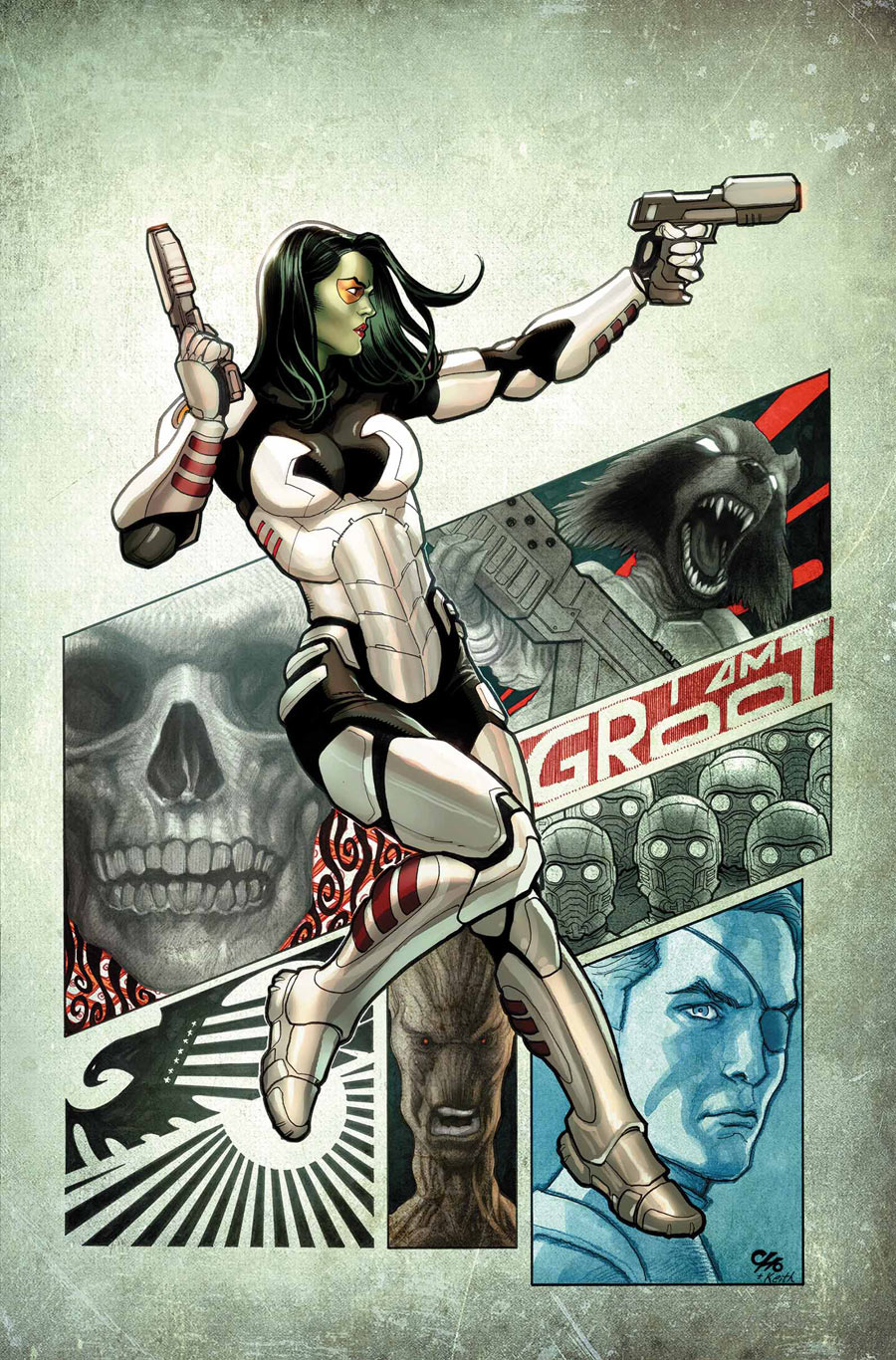 Carol Danvers sends a message home and the Guardians get pulled into a mess (as is the way of things) in this fun romp of a comic.

Bendis writes a solid done-in-one tale with this annual, giving readers a bit of a glimpse as to what is going on with the current team dynamic and how Captain Marvel is doing as a Guardians member. He gives readers a story that shifted states whenever I thought I had a solid read on it, which kept it entertaining from start to finish. Bendis has a solid handle on the team dynamic with the Guardians, and the unique voice and personality of each character is on full display in this one. Even stoic characters like Gamora and Drax make their presence felt in silent panels, and Groot is further cemented as the heart and soul of the team. Carol Danvers fans will be over the moon with how Carol-centric this issue is, and I’d argue Bendis gives the mighty Kelly Sue a run for her money as far as writing Carol is concerned. She’s strong and quick on her feet in this one, and this comic shows the heart the character has. This short adventure captures the best aspects of this ragtag team of maniacs, and shows how much fun their space adventures can be. The story has a bit of a Twilight Zone feel to it, and the flexibility of the stories that can be told surrounding this team is on full display. Bendis is on fire with his take on this crew and this annual is an example of why he’s simply one of the best writers in comics.

Frank Cho delivers solid artwork in this annual, and while there are some serious cheesecake moments going on with a character I won’t name due to spoilers, he dials back his typical female anatomy style for Carol and it works wonders. Frank Cho is one of the best in comics when he is on, and he’s on with this issue. This is crisp, clean and rock solid superhero artwork from start to finish, and will have readers wanting Frank Cho on more books in the near future. His style suits this story perfectly and adds to that pulpy sci-fi feel I referenced earlier. He nails the emotions of the characters with strong facial work and I was surprised how much heart was infused into his artwork. His female characters (save for one) are not simply bombshells on the page that are devoid of personality, and he captured Gamora’s attitude perfectly. Drax and Rocket are tough as nails and the quirky humour of Peter Quill is evident in every panel he appears in. Cho’s Groot is lovable and funny, while not simply being a prop, either. The colour work by Jason Keith gives Cho’s pencils an extra ounce of pop and amps up the “cosmic” of this comic a great deal. The art team delivers solid work in this one, and readers should be quite pleased with most of the visuals they find on these pages.

Bendis and Cho deliver an entertaining one-shot with Guardians Of The Galaxy Annual #1. Readers looking to catch up with the monthly series get a nice refresher and long time fans get a heart-warming check-in with the crew. This is one of the strongest annuals I’ve read in a long time and Captain Marvel and Guardians fans will be very happy with what they find in this comic.