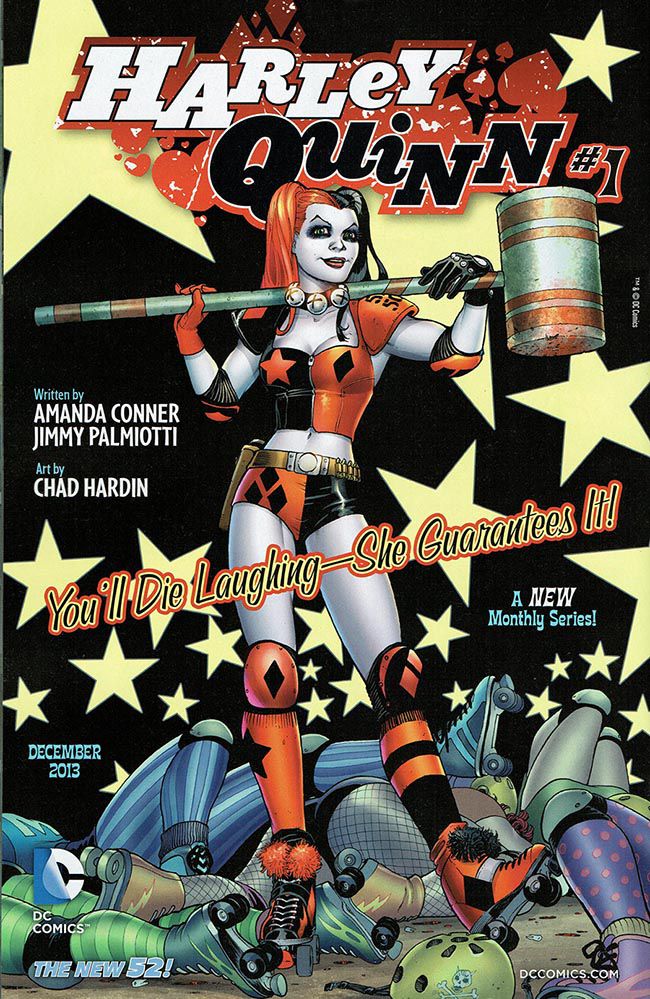 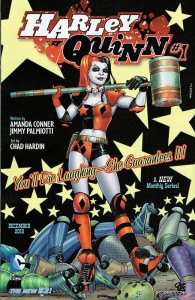 Goodbye meta, hello derby-girl. If you picked up the zero issue of Harley Quinn you might think you know what to expect. Throw those expectations out the window because this first issue is exactly what it should be: a reintroduction to a character that has so much potential that has not been fully explored.

The zero issues was about gags, slapstick and over the top breaking of the fourth-wall in a dream sequence style. Here we have a more grounded Harley who is simply settling into her new digs and looking to find her way in life, now that she is not beholden to The Joker and Suicide Squad. Instead of being the side-kick or lone-wolf looking to break the law, Harley is acting more as a misguided or misunderstood miscreant with  her own supporting cast. There is a rodent that either has a gift for the gab or is a manifestation of schizophrenia, as well as a side-show family she has inherited from a former patient. Oh, and of course there are the roller derby girls (just read for yourself how they roll their way into this book.)

Alex Sinclair’s colors make an impact for Chad Hardin’s art, giving everything depth. The pairing of these two make the art feel like it stands right in the middle of the road between a traditional superhero book and something a bit more stylized.

The moments of over-the-top violence and one-liners continue in this issue, but make more of a case of how far the pendulum swings in Harley’s life. Earth shattering revelations or world changing events do not feel like they’re on their way. If you are needing something connected to the bigger events, the Batverse or the DCNU as a whole, this might not be the book for you. If anything, this anti-hero is designed more to speak to those who are looking for something completely different than what has been offered lately. Think of it as a palette cleanser for all the angst and brooding that is occurring in the lives of other superhero characters. It’s a clean set-up for establishing a new cast of characters, in what feels like DC’s first fun sitcom style book since the launch of the New 52.