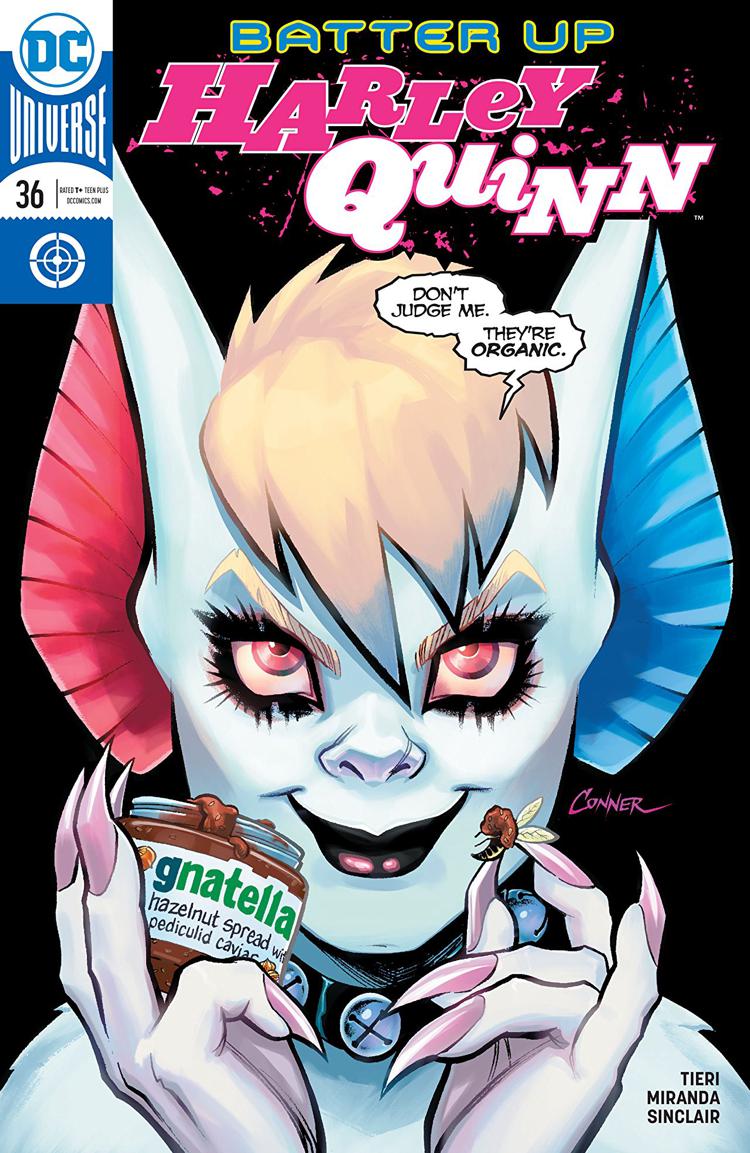 Continuing his new ongoing series sharing the fantastically chaotic life of Harley Quinn, Tieri doesn’t disappoint with Part Two of his arc “Batter Up” that combines new and old mythology and characters from the Batman universe.

Exchanging One Bat For Another

Following issue 35’s cliffhanger, the Gang of Harleys have to not only attempt to save their Harley Quinn from the fate of being a Woman-Bat but also protect the innocent people on the Coney Island boardwalk from her (almost) uncontrollable wrath. Although the star of the series’ main dialogue was towards the conclusion of this fun issue, Tieri does a wonderful job of having Harley express her fears and try understand her purpose and importance in this DC Universe.

The Colors of Curiosity

As usual, Amanda Conner’s covers are hilariously inviting to any reader walking around their local comic shop on Nerd Wednesday; from the perk of Harley’s pink and blue bat ears to eating “gnatella”, you already get a great vibe of what’s to come in the following pages. It’s also always thrilling to see Alex Sinclair’s colors in any DC book but paired with Miranda’s consistently pleasing pencils add to a stellar dialogue. In particular, Miranda’s splash page literally takes Harley to new heights and the last pages will make any DC fan gasp with excitement and intrigue.

Part Two of Tieri and Miranda’s “Batter Up” was filled with funny moments, touching revelations and beautiful art that will keep any fan of the character anticipating the third installment of this storyline.