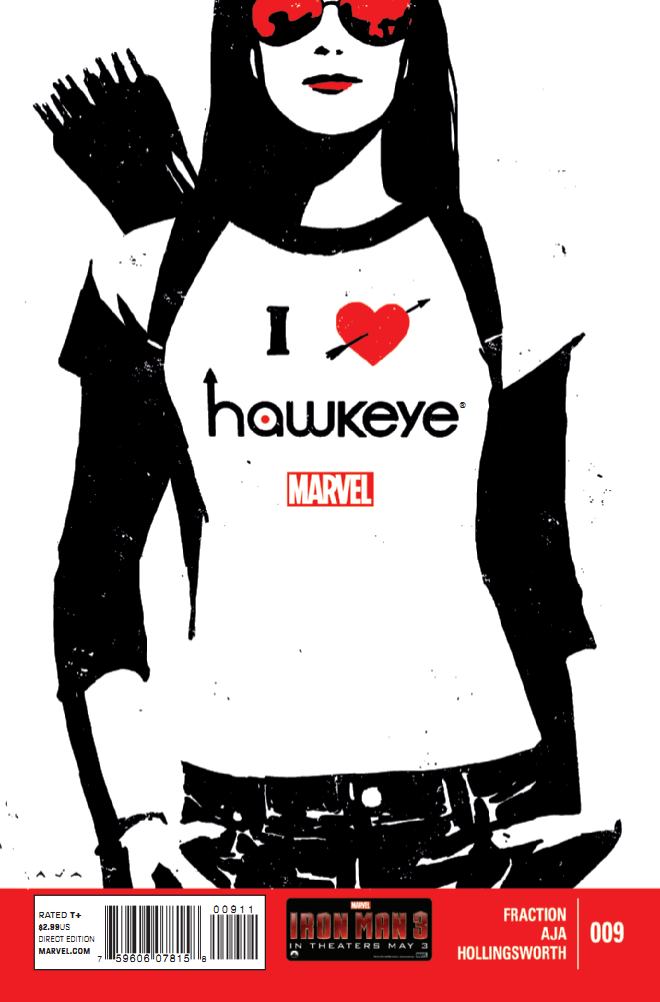 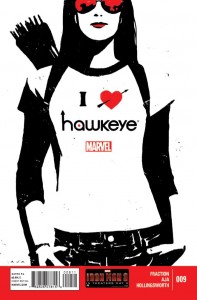 The women of Hawkeye’s life are the feature of issue #9, and it simply doesn’t get much better than this.

Fraction is in a whole other league when he is working on Hawkeye. The pacing, the dialogue, and the beats this comic hits at the exact right time are really unlike anything else in the industry and there is a uniqueness to this title that makes it a breath of fresh air once a month compared to what else is on shelves. The dialogue in issue #9 is some of the strongest in the series yet, and Fraction is really defining who Clint Barton is in this comic. The bravado is broken, the perimeter has been breached: we are seeing who Hawkeye really is. Through the lives of the five women who are currently major parts of his life, we see a different aspect of what makes Clint who he is. We also see each “stage” of what a Clint Barton relationship looks like, with all the good and bad that entails. Each of the women has a distinct and strong voice and I was impressed with how Fraction absolutely nailed the personality of each character. The moments with Natasha were brilliant, and showed a protective side of her that was great to see in action. I would take a monthly title of Fraction/Aja delving deeper into the minds of these four women any day of the week.

Fraction’s mastery of the dialogue is perfectly complimented by the visual wizardry of a man who is pushing how comic book design is to be looked at: David Aja. The design of this comic is phenomenal, with each of the women possessing their own unique and stylish look that compliments their character without simply being their costumes. These women could have walked straight off of a Mad Men set, yet it looks natural and, hell, let’s say it: they look good. Aja’s art gives each a striking confidence that juxtaposes Clint’s confusion very well and issue #9 is a great reminder of just how good this comic is when Aja is at the helm. I can’t think of a more visually appealing and stylish comic in the industry, and I can’t wait to see what tricks Aja has up his sleeve next.

Hawkeye #9 is a must read for anyone who has enjoyed the first trade, or any part of the series and while the last page saddened me greatly, I can’t wait to see where this creative team is taking the series next.