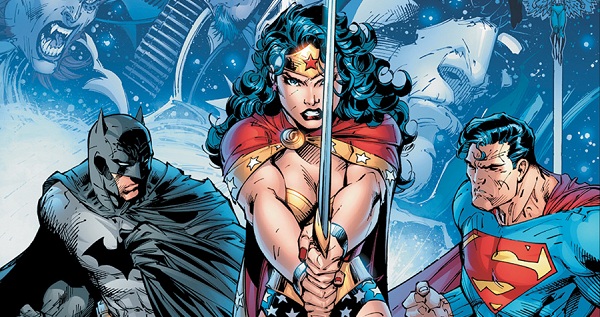 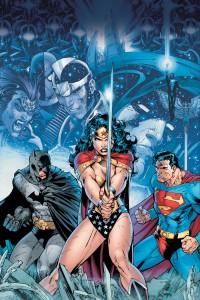 The DC Universe faced its darkest days in 2005. This is the complete story of how the heroes fought and won.

Twenty years after their seminal mini-series Crisis on Infinite Earths, DC Comics decided to commemorate the anniversary with a year-long storyline, culminating in the mini-series titled Infinite Crisis. In a bold move, the company tried its hand at weaving an foreboding atmosphere through their entire publishing line. This would slowly develop the event that occurs within this massive tome. Four mini-series spotlighting different aspects of the DC Universe (the espionage community, super-villains, alien worlds, and magic users) came out weekly over the course of six months, literally counting down to the crisis at hand.

At the time, these series had me running to my comic shop to get the latest installment — the first time I had been this excited for my weekly fix since the very early 1990s. Theories abounded month after month as to the villains behind all the twists and turns. Heroes were compromised, both physically and morally, and it seemed as if everything we had known about these pantheon of gods was being turned upside down. Today, to have this insanely huge (over 1400 pages) story in a single volume on my shelf almost makes me giddy all over again. The binding, although a mix of glue and sewn, is the best DC has produced yet, and I’m told it compares favorably with the well-praised sewn Marvel Omnibus binding. There is very little to no loss in the gutters throughout and the paper stock is slick, bright and appropriately thick.  The price point at $150 retail is admittedly pretty steep, but with current single issues going for $3-4 each these days, it’s actually quite the steal.

As a look back on the previous (now revised) DC Universe, the Infinite Crisis Omnibus can’t be beat. This is as complete a story and look at a critical year of publishing for DC Comics as you will ever get — at least until November’s release of the 52 Omnibus, the weekly follow-up to these tales. As a narrative in itself, the Infinite Crisis Omnibus tells a compelling tale of hero versus villain, hero versus hero (a theme clearly popular these days), and hero versus the unknown. The latter of these is perhaps what gave these comics such a punch, one that holds up brilliantly to this day.