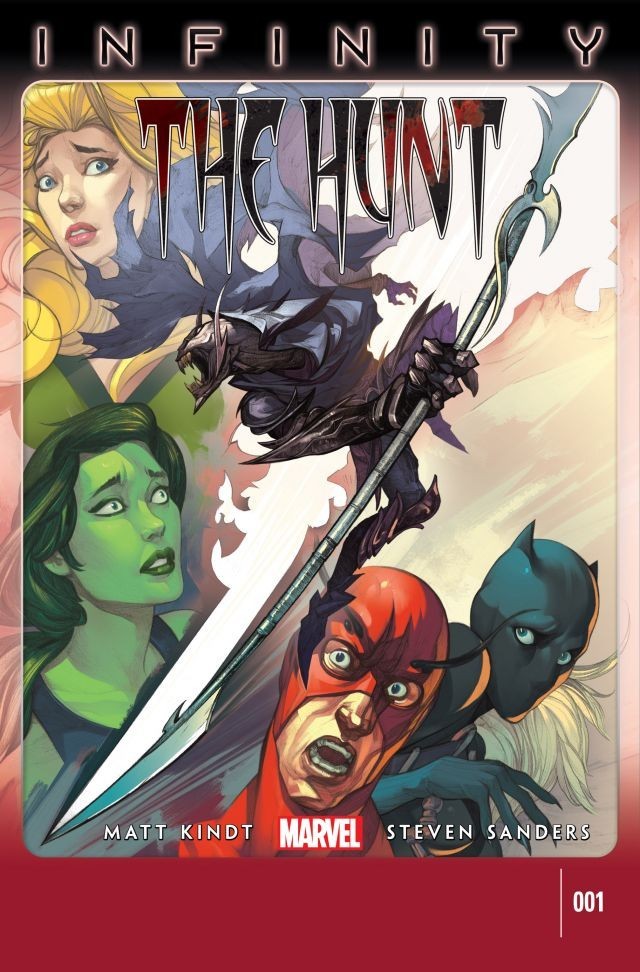 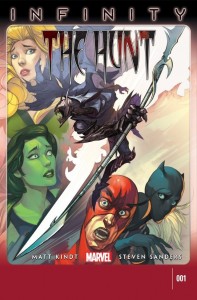 Infinity Hunt #1 brings the Contest of Champions back to the Marvel Universe, but does the title have any spark at all?

Kindt’s Infinity Hunt focuses on the youth of the Marvel Universe in an inter-school contest gone awry and thrown off course by the Infinity invasion of Thanos’ forces. Kindt uses this issue to introduce each school and student involved in the contest, which comes across very bland as the issue is filled with headmasters standing on stages listing off names of their students. This is talking heads at its absolute worst, and the monotony of the introductions really tanks this comic. Each student is given a moment to spout off some internal monologue that comes across as generic at best, never providing any depth to characters that have been well defined and have strong voices in their ‘home’ books. The personality traits and hooks of these characters are lacking in this script, as well as any kind of energy at all. This is a competition featuring teenage superheroes that has absolutely no energy or flair, limping along like the speeches delivered by the emotionless headmasters. Above and beyond the students, the headmasters lack charisma, which is shocking considering they are long standing characters like Hank Pym and Wolverine. The generic dialogue from these characters is even more awkward considering their status in the Marvel Universe and breaks any flow built in the script.

The clunky script is not helped in any way by Steven Sanders art. He is limited by the lack of action in this issue to really think outside the box, but his minimalist style and the lack of backgrounds leads to some very drab pages. There is very little that is visually intriguing in this issue and there isn’t a single student that leaps from the page and steals the show. This issue is as visually muted as the script and provides no energy to the words on the page. Sanders’ art may very well pick up when the action increases in the story, but for this particular issue the pacing and flow crawls without any of the artwork picking it up at any point.

Infinity Hunt is a fine concept that does not get out of the gate on the right foot. A tournament involving the top youth heroes (outside of Avengers Arena) has a ton of potential, it just needs a huge shot of energy in the arm to pick up the pace.