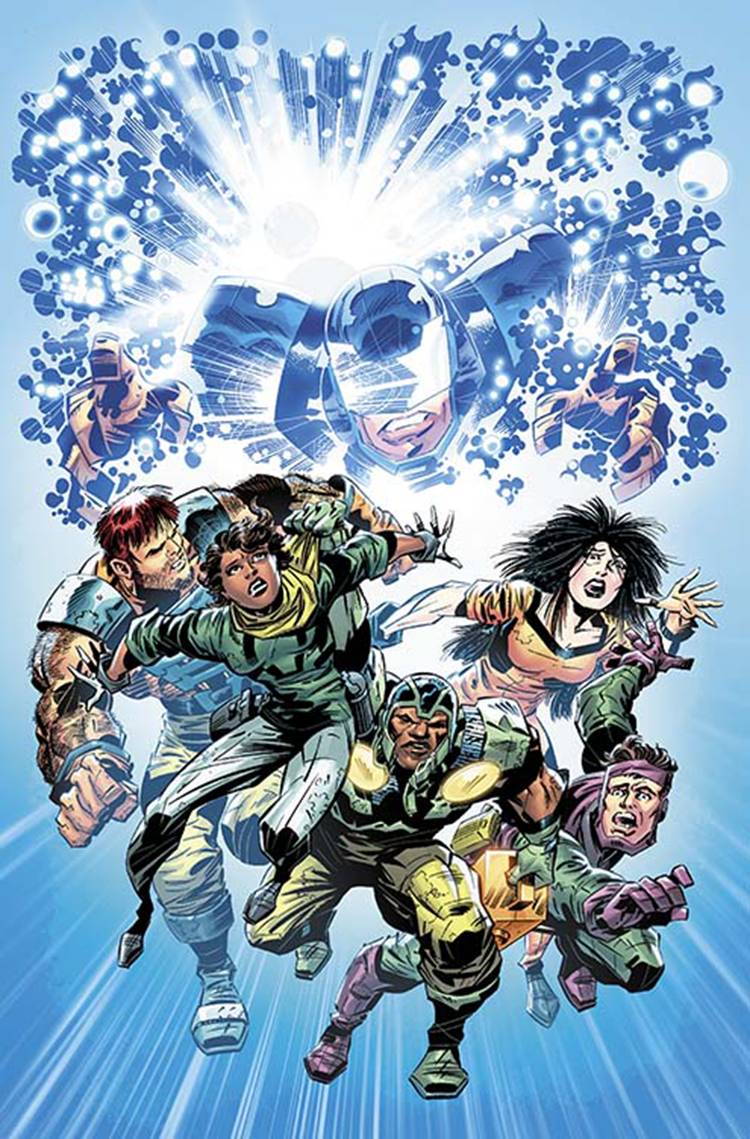 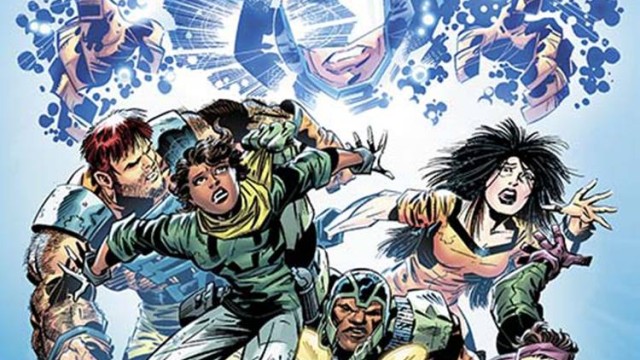 What was true once (Forever People #1, February 1971) is true again, as Infinity Man and the Forever People #1 makes its debut splash in the New 52 today! A book that could easily have found its niche in 1971, 1981, 1991 or today, this new re-interpretation of the classic New Gods mythos is a great addition to a line that’s been lacking a little splendor, youth, and good old-fashioned Kirby magic!

While there’s still no sign of the title character in the first issue, we are treated to a strong introduction of the five kids whose adventures we are meant to follow in their brave new world, which is Earth! Graduates all of the New God Academy on New Genesis (that light-filled antithesis to Darkseid’s cruel world of Apokalips), the Forever People are tasked with missionary responsibilities — save a world that doesn’t know it needs saving yet! And in the process of their arrival, we get an excellent sense of their personalities in the play off of each other, scripted by one of Kirby’s biggest contemporary fans, Dan DiDio himself!

Much like the late, lamented, and chronically overlooked O.M.A.C. series, Infinity Man and the Forever People is a great showcase for explosion and scale! But, unlike the One Man Army Corps, this book gets a DiDio/Giffen combo that resonates personality and motivation of character before spectacle! Serifina is a firecracker, much like her older brother, Vykin (the Bold) Baldaur. Mark Moonrider is the rebel, while Dreamer Beautiful is… something else! Even in just a few pages, we move past the caricatures these heroes once were to more evolved versions, worthy of the name New God!

Giffen’s layouts are certainly Kirby-esque in their wide-format nature, opting for 3, 4, and 6 panel grids over his trademark 9! Even in moments of conversation or relative inaction, the artist still creates a sense of great drama and impending doom with every scene, capturing that pure astonishment that the original Fourth World material travelled in so adeptly! While I’m not crazy about the more disheveled look Dreamer is sporting this time at bat, I am well beyond happy with the look and feel of Big Bear, the team’s senior member and Earth-bound contact!

There’s a lot of fun potential to be found in these pages, and a lot of directions that the series could go (is that apartment complex the one from Melrose Place? Color me intrigued!)! No matter where the story takes us, I believe it’s going to be a wild ride to get there with DiDio and Giffen in the driver’s seat! Here’s hoping our Mother Boxes are ready for the trip!