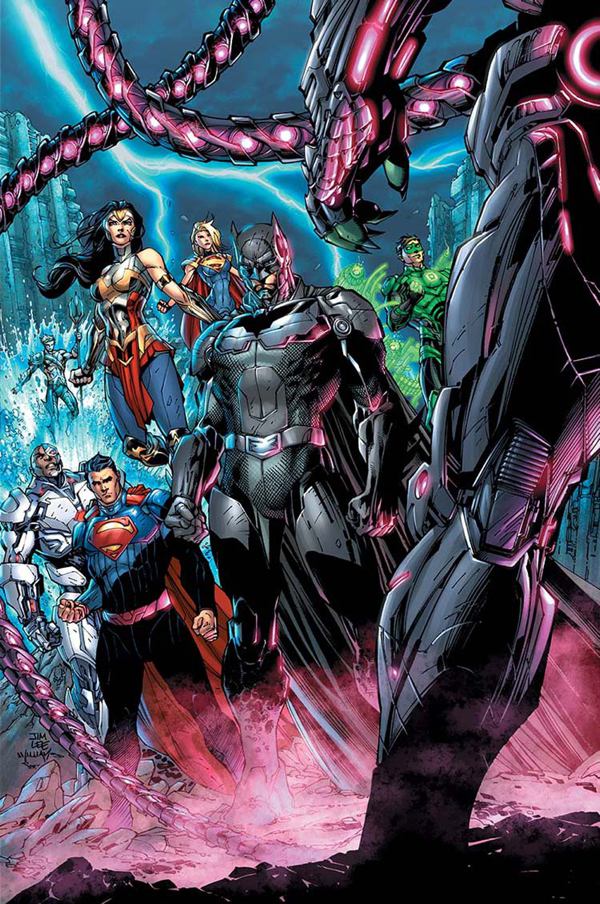 Bruce and Clark are not on the best terms in the wake of their previous endeavors against each other. Though, the Dark Knight now has a new ally in the form of Harley Quinn. Amanda Waller has her own ideas in mind, though, pushing the Bat and the Harlequin into new corners. In another world, Dr. Fate seeks to recruit new heroes to help keep the world safe.

I don’t typically mind comics that are concurrently connected to another form of media, though I do understand there are expectations that adapted media have to aspire to. If the game is half as good as this comic, I’m totally on board. I like that this series is introducing a new relationship between characters, just as the first series did. The conversation between Bruce and Clark that opens the issue is just on point in too many ways. Not only does it flip their usual dynamic, but it exposes that Clark’s understanding of people can be used to make sniping remarks, and what he says to Bruce could be absolutely devastating.

Tom Taylor’s writing is enjoyable to say the least. We get the classic touch of these characters, but with changes that fit a new universe with its own challenging morality. Harley especially stands out, and I like that we get her trademark comedic beats but with a new serious tone that isn’t solely devoted to schtick. I’m legitimately excited to see her place in the unfolding events.

Bruno Redondo has a firm handle on action, movement, and expression. The characters feel real and their appearance help to match the inherent feelings of the story. Juan Albarran on inks is great for guiding attention to key characters in each panel. I like that the weight of the inks varies based on what’s happening in the story, adding important drama and emphasis at the right moments. Rex Lokus gets the right colors, whether through the emotionally heavy scenes or bright moments. Every page feels as though it is drawing on important tones through varying color schemes, and I appreciate the clarity provided throughout the story.

The entire creative team is remarkable in the fight between Kent, Ollie, and Dinah. Each of them are on their guard, and through this scene we not only get glittering visuals, but apt dialogue that mixes sly humor and critical notes. This scene is truly beautiful and it marks an important narrative effect in that Kent is looking for people to embody hope in a world that was recently devastated, and the entire environment is bright, crisp, and clear. This part of the story lies in contrast to the darkness and emotional depth of the scenes with Batman and Harley, and I like that its presence is effervescent.

Injustice 2 takes characters we’ve seen through our lives and pushes them into new emotional and moral complexities. The art and writing work in tandem to produce a story that engages an appetite for intriguing interpersonal relationships and stellar visuals. I definitely think this story is on to something and it will continue to provide a great context for its accompanying media.

All in all, let’s just say I’m way more hyped for the game.