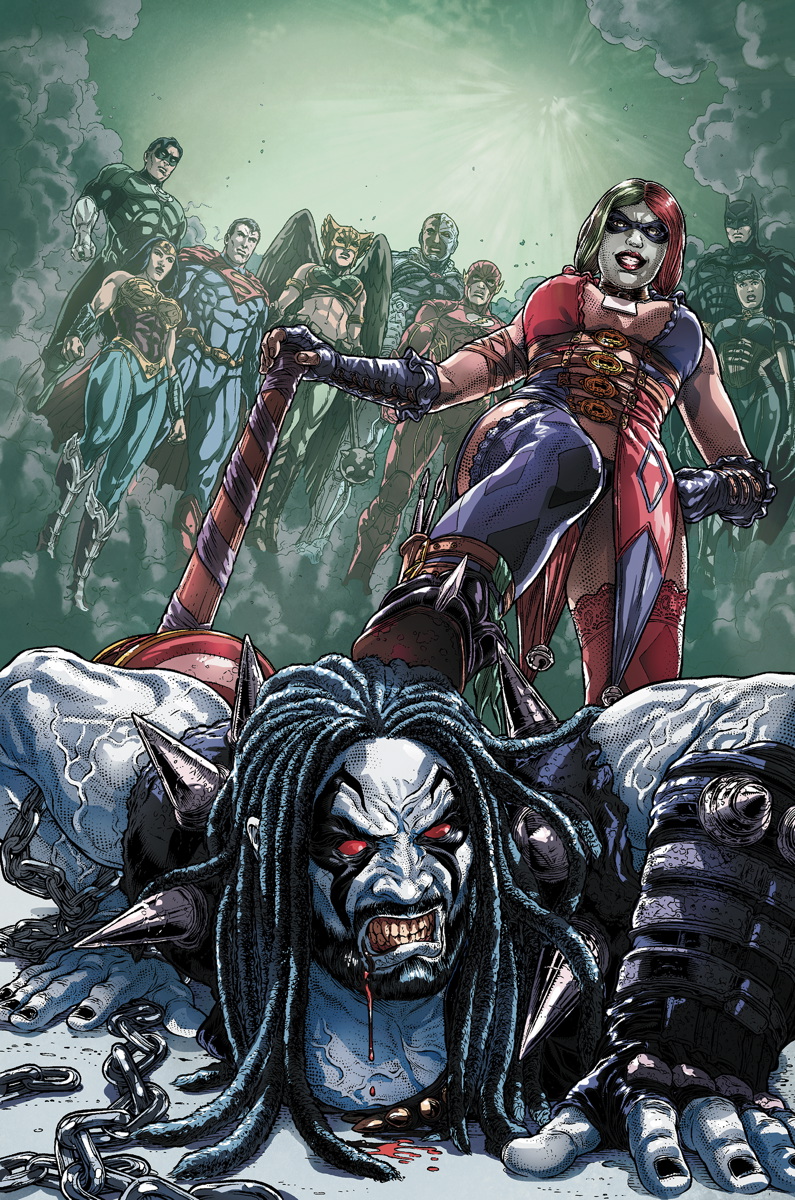 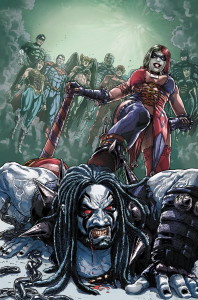 No one should have ta justify th’ greatness of a mustache.

It’s a world where Superman is a dictator, working hand in hand with the likes of Lex Luthor and Lobo. Batman is the enemy of a new police state, and the Justice League will do anything to stop him. Heroes no longer trust each other, and the world has gone dark.

So why is it so darn funny?

Tom Taylor takes a break from the downward spiral of Superman’s rise to power to give us one of the oddest team-ups in recent memory as Harley Quinn comes up against the Main Man himself. Lobo is his characteristically macho self, but fortunately does not extend over into insane parody. Harley Quinn gets her quips in, but still manages to pose as a sympathetic figure who’s closer to the side of angels than the Man of Steel himself in this world. It’s a great confluence of extreme personalities that Taylor whips up, and frankly a much-needed reminder that even the darkest times can be infused with a bit of humor. I found myself laughing out loud at the debate between Harley and her newest best friend about the Arrow Cave, not to mention how the team manages to resolve their Lobo problem.

The art team, particularly Bruno Redondo, keep the adventure sharp, with a beautiful balance of fun facial expressions and bombastic action. Redondo’s handling of Quinn’s interactions with Green Arrow and Black Canary are definitely the highlight of the issue for me, with this strange triangle handled with great subtlety and charm. As a reader of the monthly print comic, I’m already used to seeing multiple artists handle a single issue (as each print comic comprises three weekly digital chapters), so the shift from one to another isn’t jarring in the least. But to be fair, the three pencillers are well chosen for their similarities, and pulled together effectively by the beautiful color work of Alejandro Sanchez Rodriguez.

A fun interlude in an ongoing tale that could easily suffer for its darkness, the Injustice Annual continues the fantastic character work with which Taylor has infused the series, and kicks it up a notch. In a world where a literal headhunter is sent to take down a clown’s unwitting accomplice, you gotta appreciate a fake mustache. And if you can’t find humor in that, there’s ultimately no more hope for us than for the heroes in this comic.