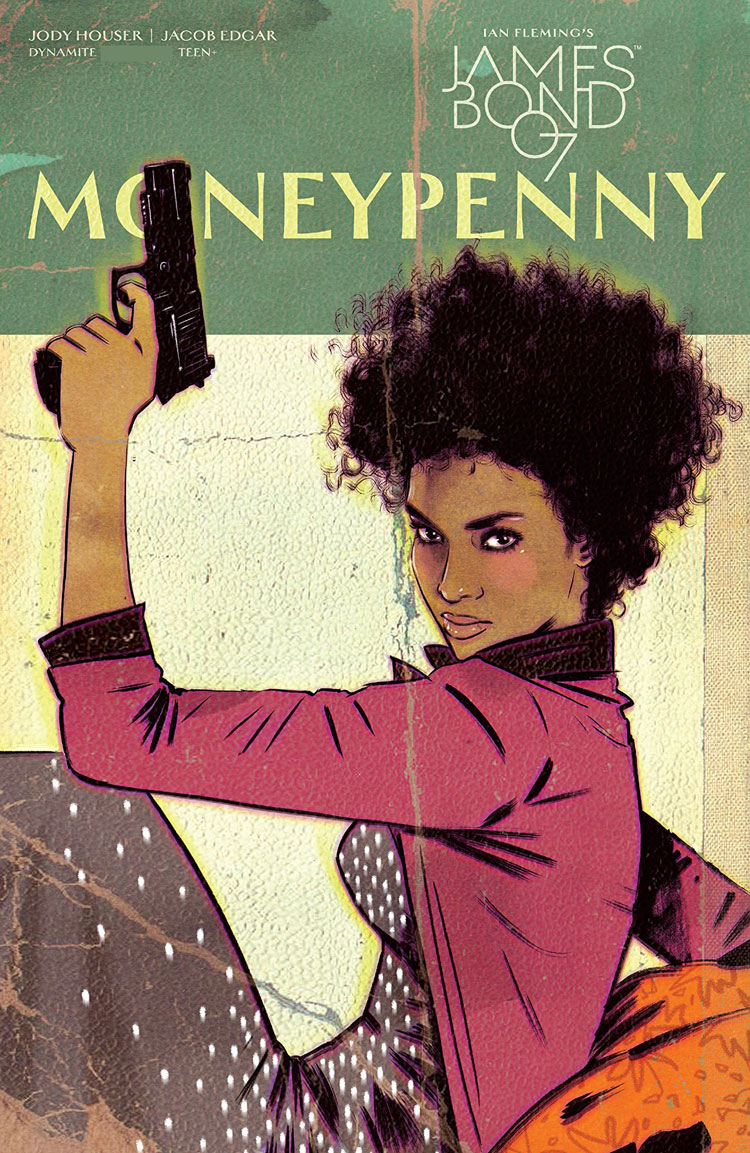 The rebooted Daniel Craig-era Moneypenny (played in the films by Naomie Harris) takes center stage in this one-shot that hints at her background while taking us through an assignment that gets her out from behind a desk.

Moneypenny is put on a protection detail in which she is not expecting much interesting to happen. Interspersed with this story are single page flashbacks to times earlier in her life that led her to her career.

The flashbacks are perhaps the most interesting aspect of the story as they reveal glimpses of a young, driven woman who wants to make a difference.

Moneypenny has been working in a support role since the ill-fated mission in Skyfall in which she puts a bullet in a certain double-o by mistake. It is enjoyable to remind fans that far from being the verbal jouster of old, this Moneypenny was an active field agent for a time. She is bright, aware, and very capable.

There are some bright spots, but the flashbacks fail to follow a clear theme while jumping to-and-fro in time. The scenes from her youth inform her character, while other, more recent, scenes not only fail to add to the story, they seem to contradict events implied in Skyfall.

Dearbhla Kelly’s colors are a highlight of the book, bringing good tone and clarity to the work. Edgar’s art is quite sparse and Kelly gives it a pulpy four-color feel. Tula Lotay’s cover art, designed to look like a tattered novel, sells the whole feel of the package.

Unfortunately Edgar’s art has flaws that should have been caught in editorial. It is difficult to distinguish between two of the characters which makes some of the story flow difficult for the reader, particularly during the peak of the action.

Far worse though, there is a critical error with the choice of shots and storytelling at the highest point of tension in the story, and it makes some muddy reading as to what actually occurs. In short, someone shoots a gun and I needed three reads before I understood the gunshot came from off-panel and not from the character in the panel, who is also holding a gun.

Overall, some good ideas but lacking clarity in some of the storytelling.