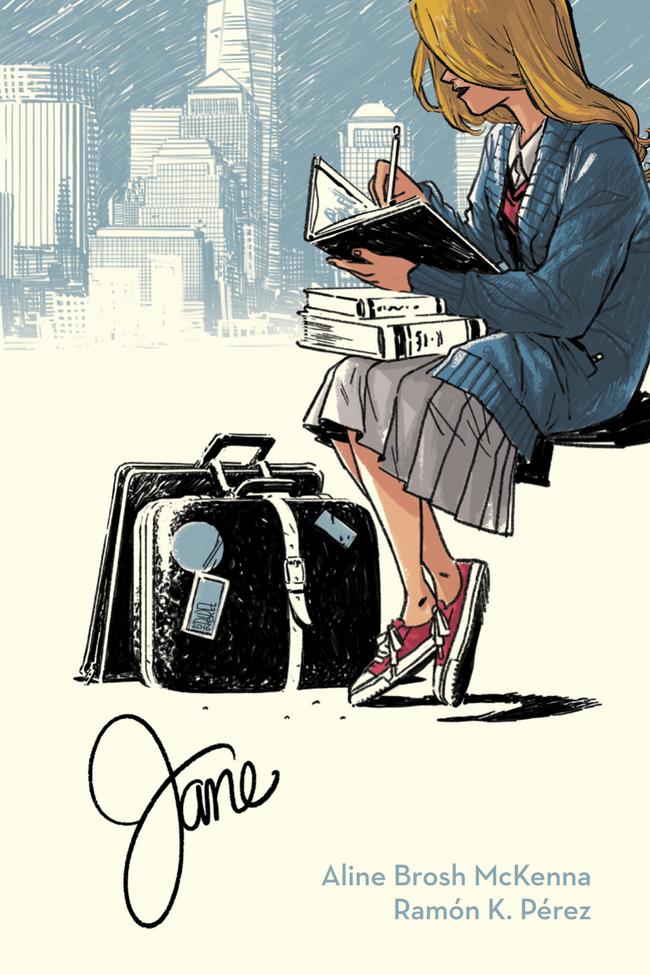 Brosh McKenna, Perez, Kniivila and Bennett bring Bronte’s classic, Jane Eyre, to comics with the new original graphic novel Jane. I’m going to say straight out of the gate that I have never read the original Jane Eyre or seen any film adaptation or any other piece of media referencing the original, so if you’re hoping for an analysis of how this version interprets the original work, this is not the place to look. What I will talk about, though, is how this creative team wove a tale that hooked me with the first five pages and never let go.

Brosh McKenna has extensive experience writing in the worlds of film and TV and it shows with this OGN. This story could leap to the screen with next to no effort, and it would be interesting in that medium as well. That’s not to say this feels like a project that isn’t meant for comics or like Jane is a pilot work as some comics tend to be, but rather that the drama in Jane unfolds in a similar way that you’d find in a film or TV series. That Jane is an OGN works well for the story, as being chopped into monthly instalments would have hurt the way this story unfolds. Part romance, part mystery, this tale is brilliantly paced as the relationships build and questions start being answered.

The writing is strong and the masterful work of Ramon K. Perez elevates the script into brilliance. I had huge expectations when I saw his name attached to this project and I was not disappointed. There is a reason why he is an Eisner award winner and his expressive artwork shows that in Jane. Action is not the name of the game here as much of this tale is about relationships and emotional ties, but Perez sells the story in every single panel. You can feel chemistry between Jane and every single character in this story, which is why I found the story so compelling. You won’t find a stiff character in the bunch and Kniivila does a great job giving Perez’s pencil work an extra punch with the colours. She works brilliantly with Perez’s fabulous shadow work throughout the graphic novel and the artwork throughout is simply fabulous.

While I cannot comment on the ties to Bronte’s original work, I found Jane to be a completely engrossing tale and an excellent read. Brosh McKenna, Perez, Kniivila and Bennett deliver top tier work that deserves your attention and a place on your bookshelf.