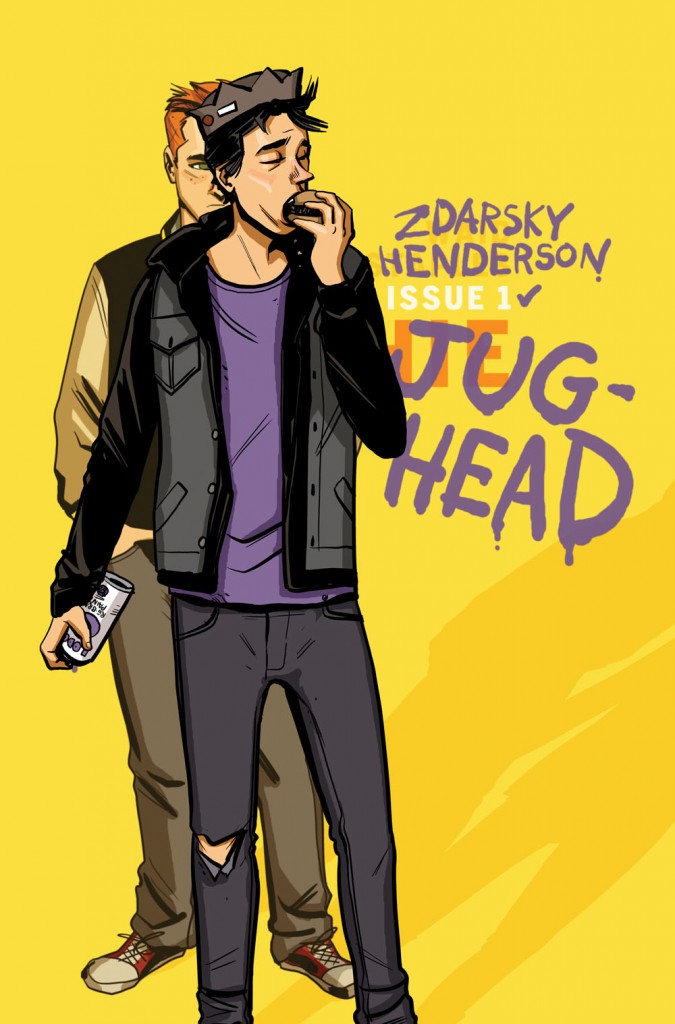 Are we sure you still want to call it Archie Comics? Because “Jughead Comics” definitely has a nice ring to it. How about it, guys?

After Jughead’s stunning reintroduction in Archie by Mark Waid and Fiona Staples — positively overshadowing, for me at least, Archie himself in the story — I was very curious to see if a book with our favorite class clown’s name in the title could be just as compelling. Turns out, we now have two books where Jughead’s the star. This one’s just the kookier of the two.

If Archie is Sixteen Candles or The Breakfast Club reworked for the 21st century, then Jughead is like the Ferris Bueller’s Day Off of the Riverdale set. Zdarsky carries on much of Waid’s sharpened personality for Jughead, maintaining that little extra wit and snark that has elevated the character in the new titles over his somewhat more goofy traditional self. Yes, he’s still kind of a slacker (kind of!), but the depth we are getting in dialogue about why he’s a so self-obsessed or disinterested reveals a fairly modern quality of self-awareness and resolved frustration with the world.

Basically, it’s all too much for one kid. And I definitely get that. But what Zdarsky does to combat that feeling of being at the mercy of forces bigger than yourself is tunnel Jughead back into a simpler fantasy life, and bring him out the other end more amenable to fighting the system. Either that, or he really gets how much Jughead loves hamburgers. It could be that one.

I’d love to dig deeper into Jughead’s psyche — partly because he comes off far more intellectual than his red-headed pal — but the reality is, Jughead #1 is also just a damn fun comic. There’s nothing new under the sun about the smart, joker student outwitting the angry, dictator-like principal. But Zdarsky and Henderson distill down the form so well, it’s almost perfect in its execution, and that sets it apart from other replays of the classic story.

Dialogue is quick and funny, with Jughead’s retorts to both Archie and Betty feeling really fresh and modern (“Hmm. Story checks out.”) Henderson’s line art throughout is clean and slightly off-kilter, which is one of the things I’ve been so pleased to see on The Unbeatable Squirrel Girl.

Faces and bodies are a tad more angular than you’d see in a standard comic, and almost the complete opposite of classic Archie Comics art, which leans more on softer faces and rounder frames. It brings the same quality of simplicity to the characters and pages, but from a totally different angle, and I like that immensely. I want Jughead and Archie to feel both fresh AND recognizable, and Henderson finds that balance perfectly here.

A super fun start to a character we’ve only started to reacquaint ourselves with, Jughead #1 has the potential to out-Archie Archie. And why wouldn’t it? Archie may be the guy we all kind of wanted to be as kids, but as an adult, I look at Jughead and say to myself, “I wish I had been that cool in high school.” That’s the magic of this new brand of Archie Comics, and why Jughead may very well be at the center of that future.

Or maybe I just really need a hamburger.