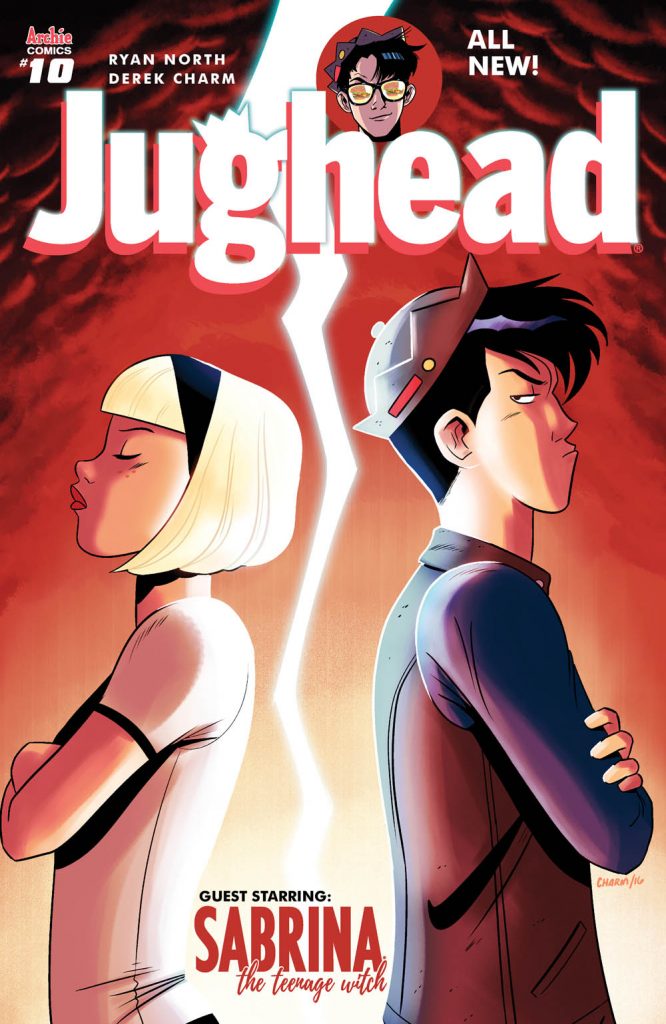 Navigating through his new crush, Jughead has somehow found himself in a situation where he’s definitely out of his comfort zone. Will his relationship with Sabrina survive through this date? Jughead #10 picks up where we left off as Jughead tries to maneuver through the new territory he’s accidentally placed himself in!

North, as always, brings forth a fantastic issue. He captures Jughead’s character impeccably. There’s something very realistic about Jughead’s reactions, and though I wouldn’t say it’s the perfect representation of asexuality, it is by far eons ahead of most writings of asexual characters. The hijinks that ensue after a certain witch tries to take revenge on someone is also fantastic and highlights really what I love about the Jughead comic. Jughead is more complex than he lets on and it is wonderful to see that come to life on page.

Charm’s work is spectacular as well. His art has this fantastical touch to it, a bit of playfulness that feels like a joke will pop up at any moment. The rose petal swan scene is perfect. There’s this romantic vibe within the scene that rivals the soppiest of romance novels. Everyone is dazzled, nay, hypnotized by the scene…everyone besides a certain worried whoopee-cap wearing teen looking up if it’s healthy for birds to eat flowers.

My favorite scene Charm illustrates, though, is the friendship montage between Jughead and Reggie. It is one of the most adorable series of two dudes just hanging out ever and I love that some hilarious character development ensues straight afterwards.

I don’t even know what you’re doing with your life if you haven’t already started reading Jughead. It’s one of my favorite comics out there right now. Jughead, as always, is one of the best things in this comic. Sabrina and Salem’s dynamic and rapport are hilarious. The ongoing storyline could have been stopped if a few choice characters just had a heart to heart and talked for a few moments about a certain person’s truths, and for that, I’m a bit annoyed, but for the most part, this issue is awesome and I highly recommend it.