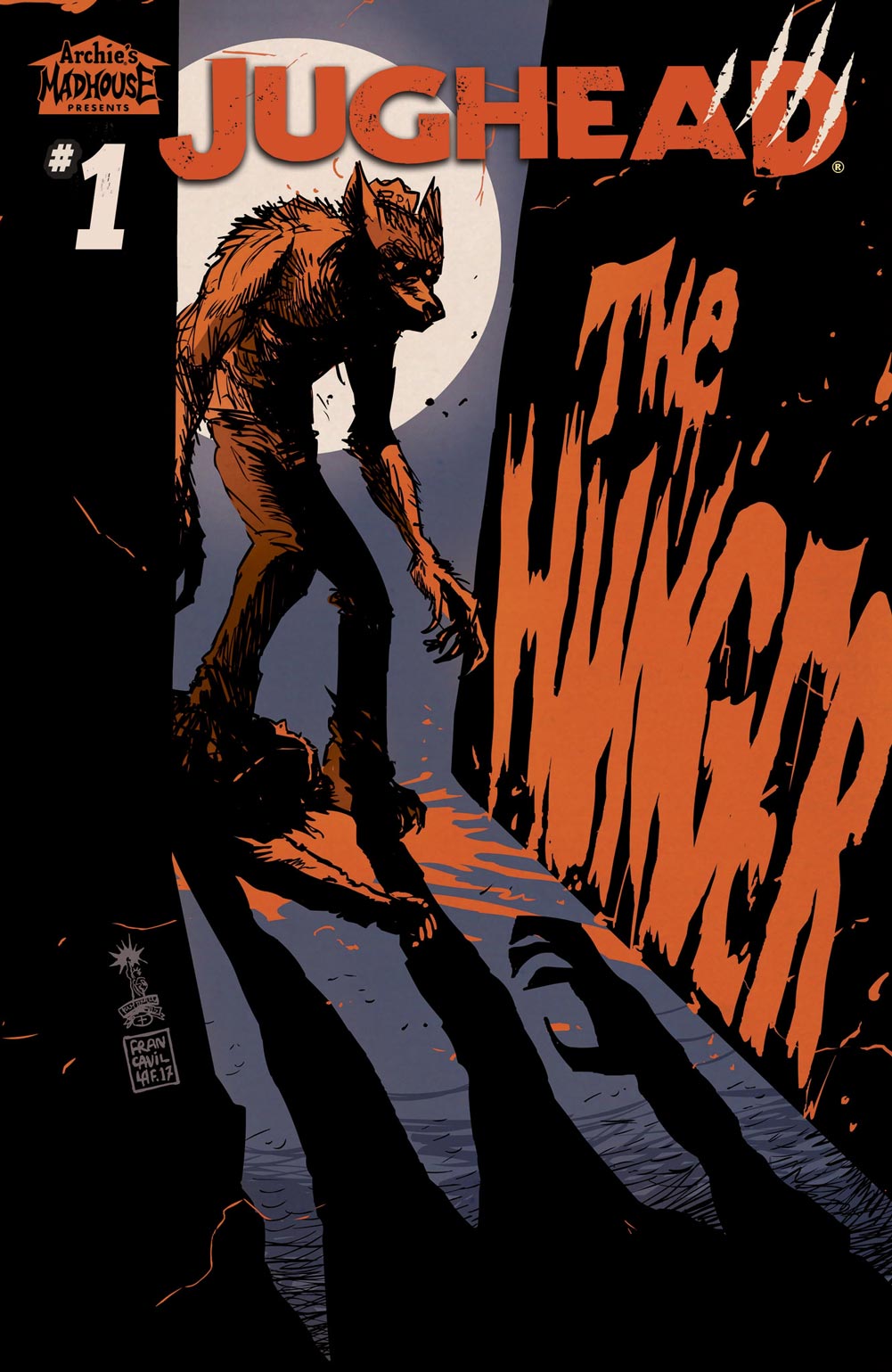 Fearing for his life and the lives of others, Jughead has banished himself into a life unknown, hidden in a travelling circus, running from the tragedies he unconsciously plagued his hometown with. But is running away from his problems truly going to solve them? Find out in this first issue of Jughead the Hunger!

Tieri does great work setting up the dramatic tragedy that will soon befall Jughead and the remaining people he cares for. I love the ever-growing melancholy of poor Jughead Jones and the increasingly chaotic rage of the seemingly betrayed Betty Cooper.

I like the setting he chooses for both Jughead and Betty. Jughead’s not just hiding out in the woods all alone, he’s part of a traveling circus, where there’s always something strange happening in the background. Betty’s not just stopping at a random burger place, it’s a stylized one that has a quirky name to it that Jughead would never miss out on if he had come across it in his journey. They are nice touches that add character to the comic.

The art by Pat and Tim Kennedy is fantastic. I like the design of Jughead. His cheeks are sunken in, he’s tall, but his clothes don’t quite fit properly, they’re all a little big on him. I like that he looks about as bad as he feels during the issue.

I love the design of the werewolves as well. While not exactly unique in design, I feel like they’re well done, intimidating creatures. It feels like a lot of effort is placed into them and I appreciate that.

The coloring by Herms is terrific as well. I like the uneasiness that fills the warm colors of scenes, especially the reds. I like how those warm colors are used sparingly and how the gloom and dread of colder colors, mostly shaded in blues, engulfs most of the comic. It works well with the horror elements.

I’ve been a fan of the Archie horror comics and this is no exception. I think this first issue does a good job establishing the plot and I’m excited to see what lies in story in the upcoming issue.