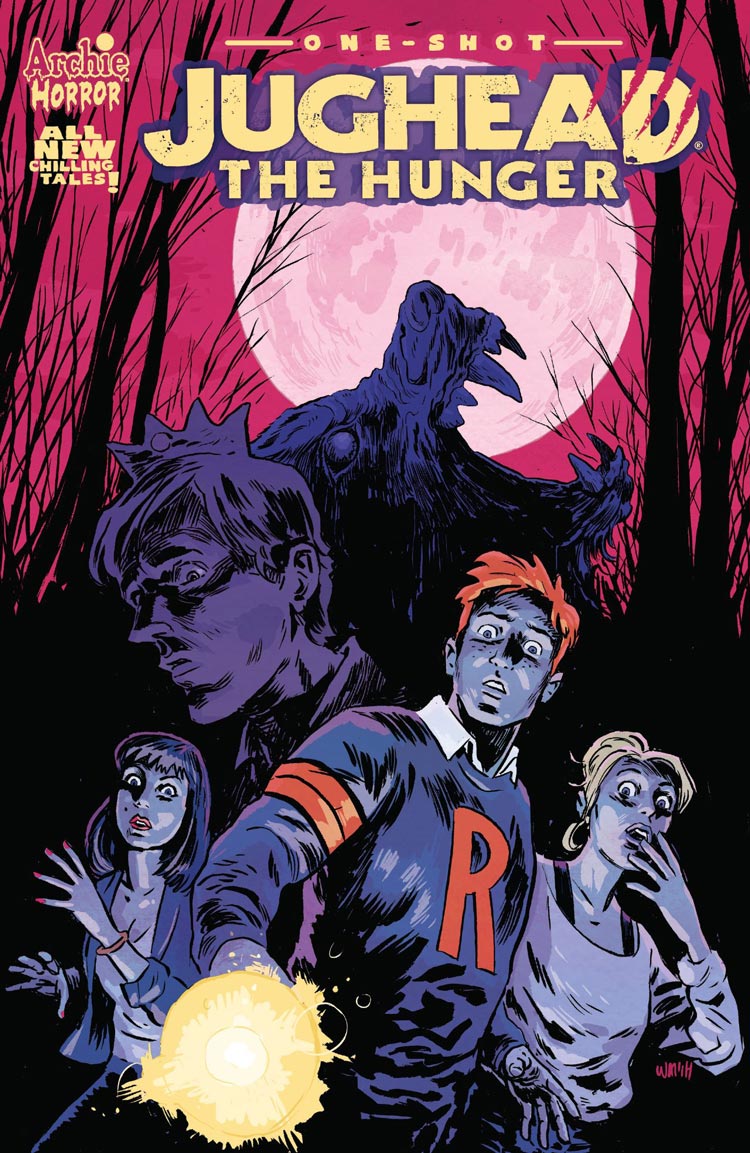 Everybody knows you don’t get between Jughead Jones and his meal. But when the sun sets and the moon is full, just keeping your fingers away from his fries isn’t going to be good enough. The Riverdale Ripper is on the loose, and no one is safe. No one.

But truly, young Forsythe Jones III does have an appetite for the limelight, so it’s only natural that Tieri and Walsh would gravitate toward placing Jughead in the center of another conflagration. In a story that ends up tightening down on Jughead, Archie, and Betty primarily, the creators are able to mirror what makes all the Archie Horror books (and the Riverdale television series to boot) so astonishing. It’s the ability to impart genuine friendship and meaningful interior lives in each character — often more so than in the regular ongoing series.

Tieri perfectly captures Archie’s dilemma, Betty’s fierce determination, and ultimately, Jughead’s fear and resolution to such a degree that I feel like I’ve known these renditions of the characters much longer than in a single 30 page special. And while the character study of the book is admirable, I have to say, the real awe comes in the plot pacing and turns.

The unbelievably perfect final scene aside, from page one, Tieri and Walsh manage to pace out every movement, every panel to keep the reader’s eye moving at exactly a time and pattern that maximizes its horror. Miss Grundy’s head falling, flashes of Jughead’s memories, a wolf rising and falling… all of which cascade slowly from panel to panel. The details Walsh provides are exceptional, but honestly, the real treat is in the overall mastery of pacing.

Can the Archie Horror line sustain another ongoing? Undoubtedly. And if the quality behind this special is any indication, Tieri and Walsh are the team to bring Jughead back into the moonlight again.