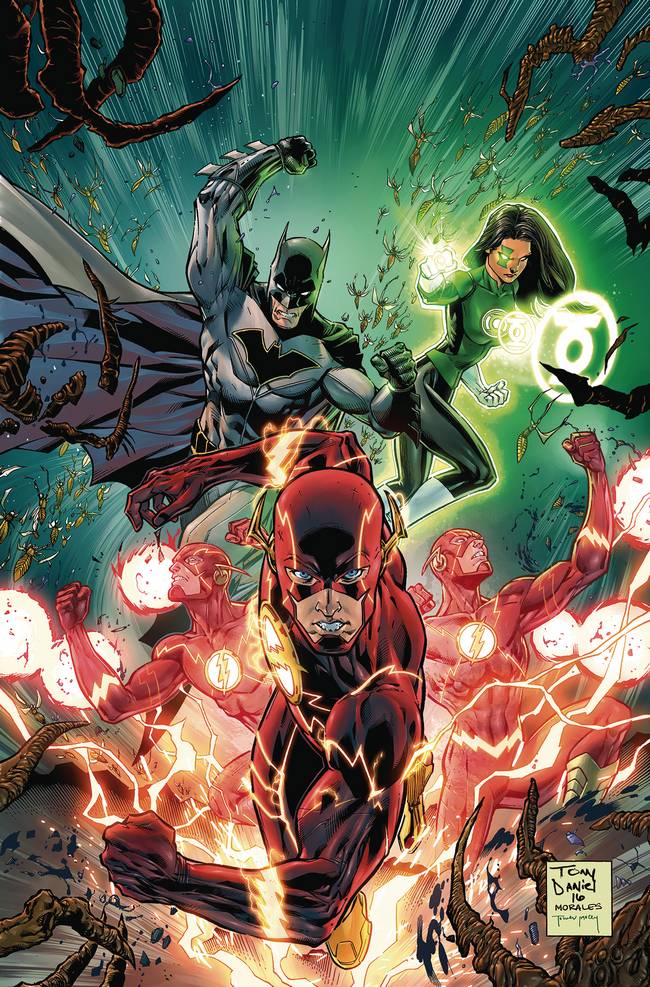 Spoiler warning, details about the plot of Justice League #2 revealed below.

I really hate saying this, but yawn. That’s the overwhelming feeling I got reading Justice League #2, which hurts considering how strong this comic was heading into Rebirth. Hitch has all the proper players on the board, but there’s zero fire in this comic, which reads like the most stereotypical alien invasion comic you’ve ever read, right down to the news anchors catching you up about what is going wrong in the world. There’s nothing in this story so far that distinguishes this threat as anything new, interesting or makes it more than just a generic “oh my god, everything’s falling apart!” story where the only real story progression is that there’s “something in the core of the Earth” and the Justice League needs to suck up their pride and talk to the “new” Superman.

If that sounds like a thin story to you, it certainly was for me. Hitch’s voices for these iconic characters are weak, their dialogue is choppy and so generic I found myself being pulled from the story. This is the stereotypical version of each of these characters, and they are so robotic I found myself questioning why they are even a team? They interact like a group who has never fought together let alone saved the world countless times and this is as bland a Justice League story as we’ve seen since the New 52 relaunch, I’m sad to say.

Tony Daniel’s artwork isn’t bad, but it has as much personality and visual appeal as the script. These pages are very “stock” for lack of a better term, and they are a far cry from what readers saw from Jason Fabok during The Darkseid War. Diana, in particular, is very skinny at points, the typical power we’ve seen radiating from Wonder Woman nowhere to be found. Daniel’s work is never explicitly bad, but it never impresses either, which only adds to the generic feeling of this comic. Tomeu Morey’s colour work was the most visually engaging part of this issue, by far.

Justice League #2 does not steer this ship onto a corrective course, but sadly takes the series even further down the river of mediocrity. There is nothing in this issue that screams “MUST READ” or indicates that it is the flagship DC team book in any way other than the roster of characters. This is proof that the roster along cannot make a story work, and while both Hitch and Daniel have each been a part of some very big comics in the past, Justice League has yet to meet my expectations.