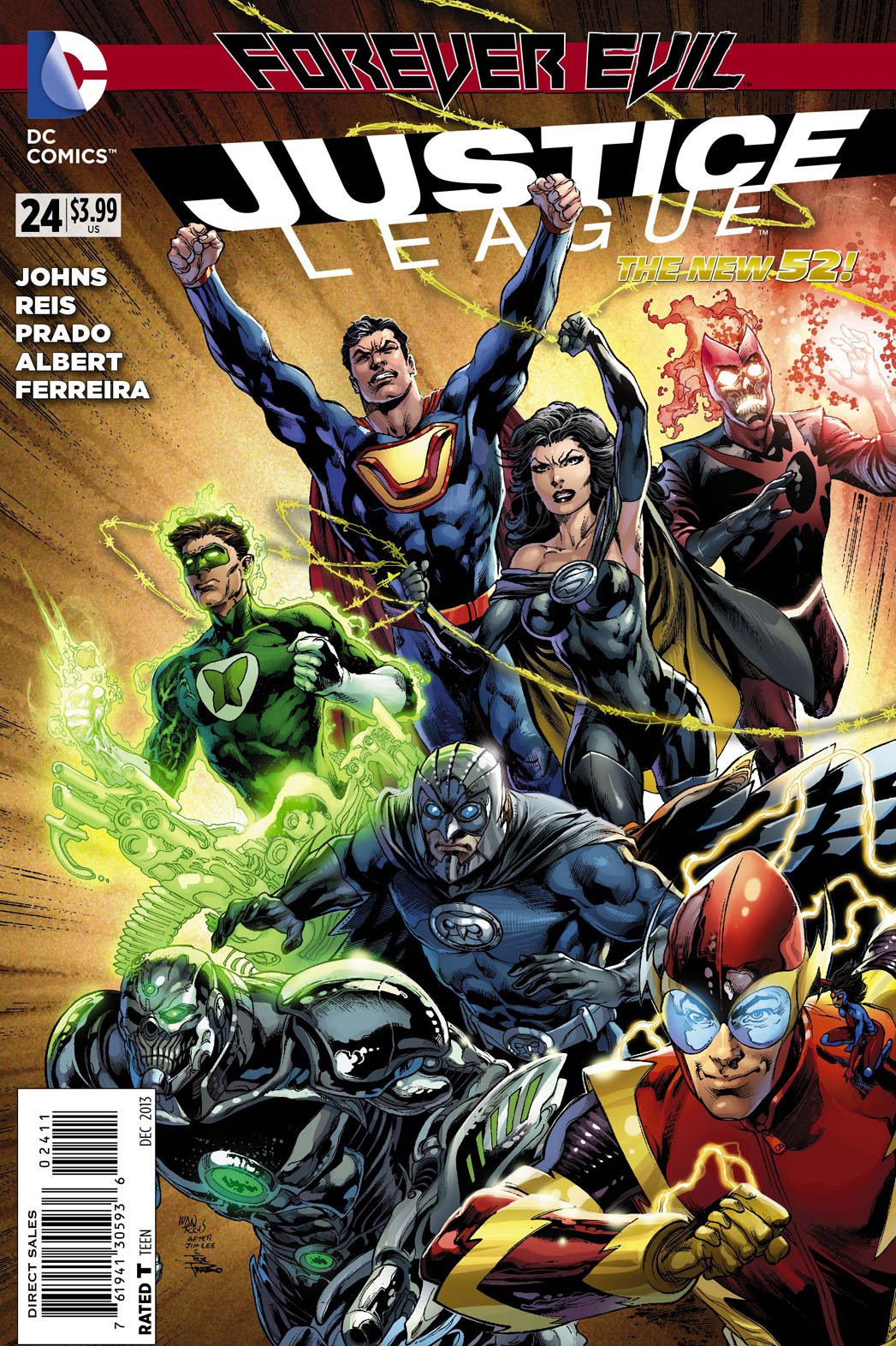 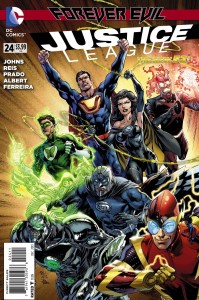 The Justice League is dead. Long live the Crime Syndicate!

As Forever Evil takes over the DC Universe, slowly but surely, it’s a sure bet that the main seven-part mini-series isn’t going to be able to cover all the beats. We’re seeing the same thing over at Marvel with the Infinity saga incorporating both the mini-series and the regular two ongoing Avengers titles as “essential” reading, above and beyond tie-in status. Finally a full month in, and it’s clear that Justice League (as well as its sister title Justice League of America) is that sort of essential reading, with this issue extolling the origin of Ultraman and bringing him face to face with his prime Earth counterpart’s closest allies and friends at the Daily Planet.

Johns treats Ultraman’s beginnings with as much care and sanctity as he did with Superman’s when rolling out Secret Origin a few years back, giving his path from infancy to adulthood as much a mythological feel as his mirror had, despite the obvious cracked reflection. Every bit where Superman experienced love, here Johns reverses that emotion, not missing a single instance — to a degree that it’s hard to even imagine Ultraman being as controlled and civilized as he appears to be.

The writer uses the confrontation with Lois and Jimmy well to extrapolate lots of details fans have been wondering about, from Superwoman’s secret identity to just how affected every single character is on Earth 3. We, in fact, get a slew of information that could otherwise have bogged down the story flow in Forever Evil, but here are inserted seamlessly, such as: confirmed identities for Deathstorm and Power Ring, another look at the mystery of who destroyed Earth 3, and a very surprise cameo from the World’s Strangest Super-Team — but not at all the one you’d expect!

Ivan Reis, whose pencils so elegantly portrayed the majesty of the super-hero just two months back, now turns to illustrating the degradation that is the super-villain, but doesn’t rely on Silver Age tropes such as a mangled face or scruffy hair to do so. Reis’ Ultraman is an absolute twin to Superman, whose origin pages could easily be interchanged visually with his double if the word balloons were remarked. But when we move forward to Ultraman at today’s Daily Planet, it becomes crystal clear this is not the Man of Steel. Reis’ posturing and shadow, combined with stunning dark tones from colorist Rod Reis, make the differentiation immediately for the reader. With tension building in Ultraman’s eyes — literally like a pot boiling on the stove — we’re led beautifully into a third act confrontation with one of the prominent villains (anti-heroes?) left to combat the Crime Syndicate. No doubt, this fight will give us a full blown opportunity next issue to see Reis’ double page spread artistry in action.

A clever issue that hides tons of pertinent information within a compelling three scene structure, Justice League #24 is the perfect companion to Forever Evil. A little more focused, in fact, I’d argue this is the superior book, giving us a personal take on one of the key players, much like JLA #8 did with the Manhunter and Secret Society #1 did with Owlman. For fans of the crossover, you cannot miss this issue. It is essential reading at its finest. And for those avoiding the overall fray that want to dip a toe, you couldn’t do better. You’ll walk away with a satisfying taste of the evil that’s entered the world and get to see it play out on a smaller, more focused stage. Either way, this is one to sincerely entertain.