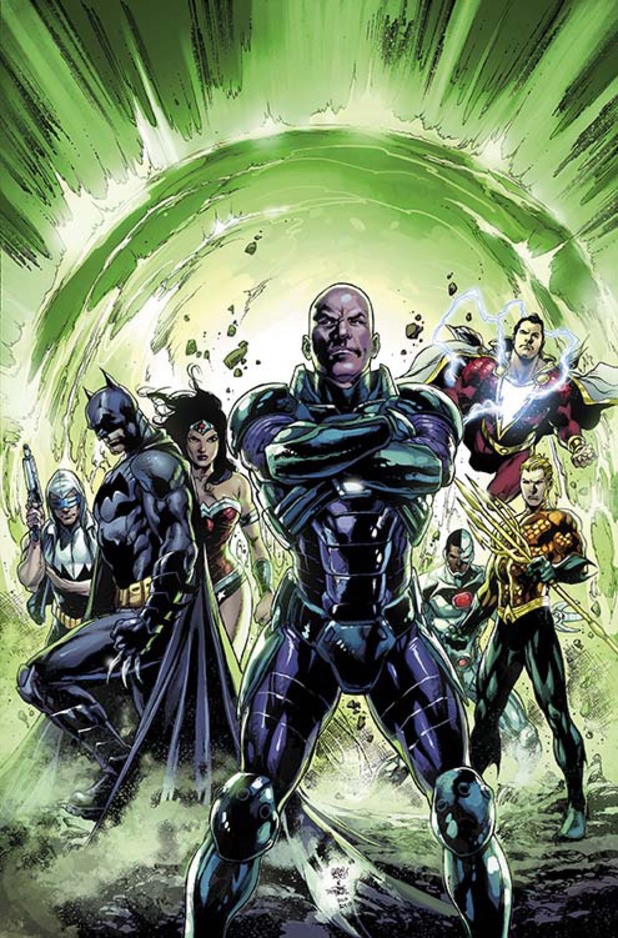 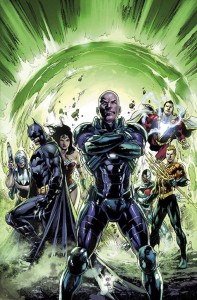 The Justice League gets a shakeup out of Forever Evil as the world basks in the glory of Lex Luthor.

Geoff Johns gives readers a Forever Evil epilogue with Justice League #30, checking in with the heroes, as well as Lex Luthor and Captain Cold. This issue plants the seeds for the two heroes of Forever Evil joining the League and even though it features two characters that have been prominent villains for years, it was nice to see heroes in Justice League. The dynamic will certainly be changing as the title continues, but seeing the JL together was fresh after the length of Forever Evil. These characters work very well together by Johns’ skilled hand, and Luthor is entertaining in the issue. Johns writes these characters well, but very little actually happens in this comic. This is a talking heads issue, pure and simple, which may turn some readers off. Johns drops some interesting info regarding Luthor, but other than that it’s a slow burn issue filled with dialogue. This is not a bad comic, and reading the heroes of the JL interacting with each other is a nice change of pace from Forever Evil, but cranking up the pace in the next issue wouldn’t be a bad thing.

Art duties are split between Ivan Reis and Doug Mahnke, so you know it’s going to be easy on the eyes. The artists are two of the best in the business, and even though there isn’t a ton of action for this pair to draw, the make the visuals interesting. The pencils are solid, Reis and Mahnke give Luthor a lot of energy, and the styles of these two pencilers blend well in this issue. It is not a dramatic change when the artwork shifts between the two, and some of that may be attributed to having a single inker in Scott Hanna. Justice League is the flagship title of the DCU and demands top flight artists. It has them in issue #30 with Ivan Reis and Doug Mahnke.

Justice League #30 shifts down a couple gears after Forever Evil and that is a good thing. Seeing the band back together, with the interesting dynamic Luthor and Cold will bring was fun to read and, based on the final page, there is going to be a lot of interesting story coming in Justice League. This isn’t the most explosive comic you’ll find on stands this week, but it is a solid read that is worth the money for Justice League fans.