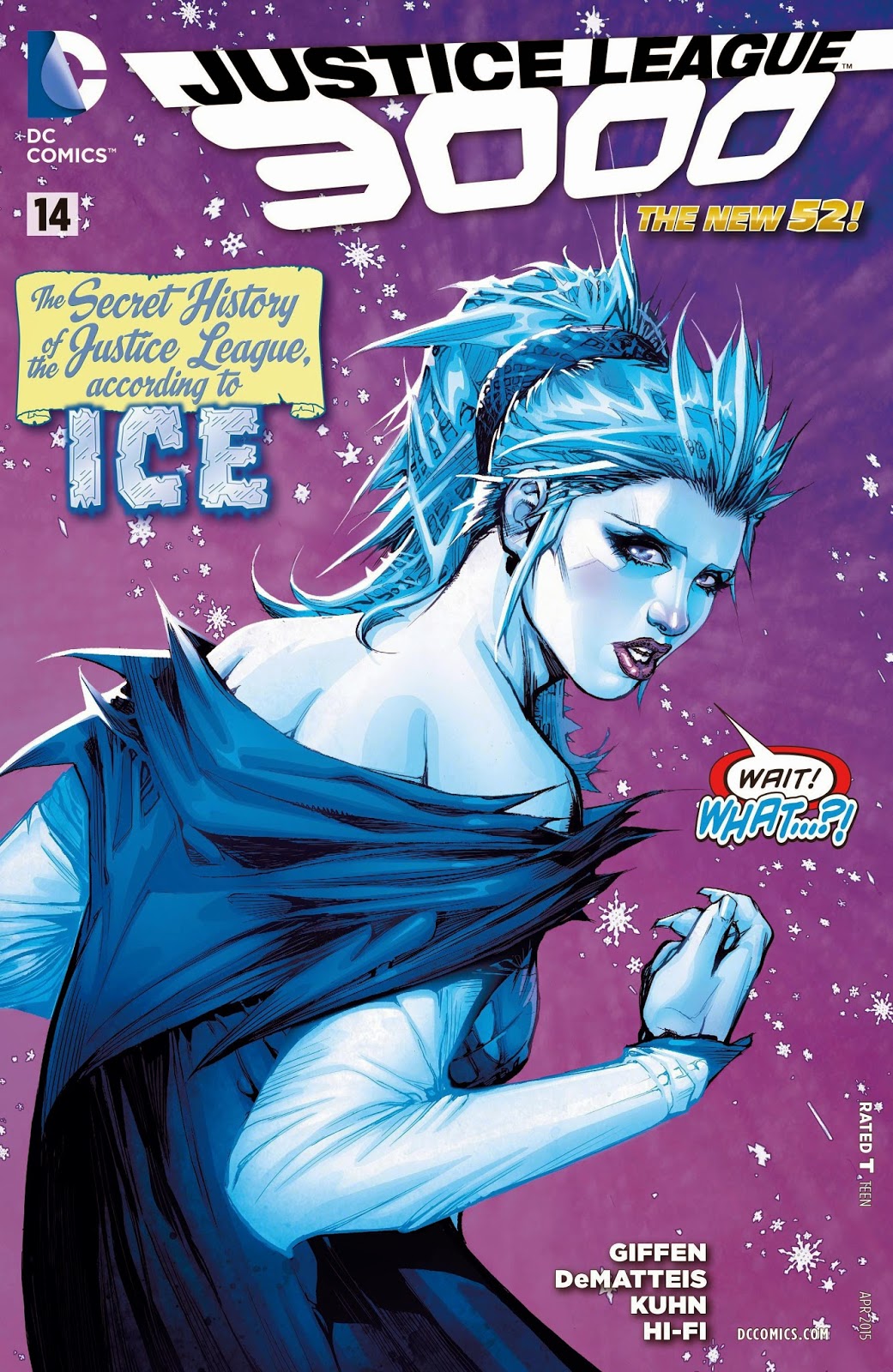 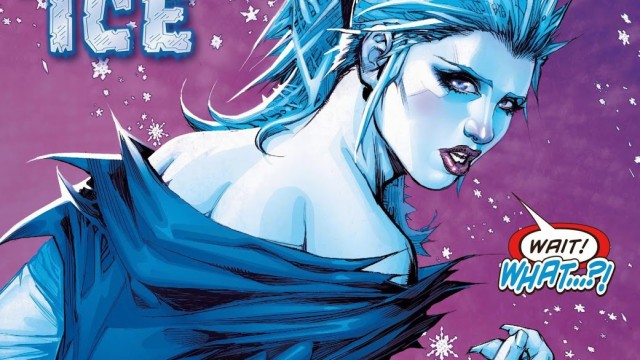 Welcome to the future, Tora Olafsdotter! The time has come for you to tell the Justice League how you got here, what happened to everyone else along the way, and just where “here” is. It’s the Secret History of the Justice League — at last!

If you haven’t been reading Justice League 3000 and are a fan of the classic Justice League International, or just a fan of really good super-hero comics in general, I’m here to tell you what you’ve been missing. Because, honestly, this title is everything a fan like myself could want, and this issue in particular is dedicated to the likes of me, a longtime reader who has invested years of his life into the machinations of the Giffen/DeMatteis comics universe and is now getting a big payoff.

Not that you need to have read anything prior to thoroughly enjoy this comic, mind you. With issue #11, the writers have wrapped up their first storyline and introduced a new status quo, explaining exactly what you need to know about this world, its Justice League, and the characters from the past who are now going to be our eyes and ears on the weirdness of this future. This issue — and assumedly the next — serves as a complete primer, but also a huge reward to fans who have loved the previous versions of these heroes — and not loved a few others as well.

And what was that I was saying about spoilers? And away we go:

While the Multiversal designate is not called out in the issue, the clues are not very well hidden. The past of this particular earth features Jack Kirby’s Great Disaster prominently, and has Ice encountering Kamandi the Last Boy and the evolution of humanoid animal races as we have seen depicted in the classic title, as well as in the recent Multiversity Guidebook. Earth-51 is also the world that the New Gods take special interest in, which makes perfect sense given how intertwined those characters are to the history of the Justice League International.

Identity Crisis and Infinite Crisis never happened on this earth.

This has been mentioned in interviews with Mssrs. Giffen and DeMatteis, and assumed by the arrival of a Blue Beetle with no holes in his head, but it’s backed up pretty thoroughly in this issue as well. And this fact actually helps support fact #1, as Countdown to Final Crisis featured Earth-51 prominently as the world where Jean Loring never went crazy and heroes lived happily ever after. That is, until the Great Disaster. What a perfect world for the Bwah-ha-ha Justice League to hail from in perpetuity!

Ice really was in Hell on a technicality.

Not a dream. Not a hoax. Not an imaginary story. I Can’t Believe It’s Not the Justice League leads right into the flashback in this story (so much so, it pains me a little not to see that portion drawn by Kevin Maguire) and explains just why Ice is roaming around the 31st Century without her best friend Fire. She’s not dead, mind you. She traded herself heroically for Ice in Hell on a later adventure.

Fire is now the bride of Etrigan.

Talk about an awesome new status quo. But will centuries spent in hell have made Fire bitter? Tormented? Demure? Even more saucy than ever? Next issue can’t come soon enough!!

Long discussed in fan circles, the Wonder Woman of the 31st Century on this earth (and presumably the one who lived in the 20th Century alongside the Justice League International) has taken lovers of both male and female gender since arriving in the future. And it’s about damn time.

Now this one is very, very interesting. Is this Lois Lane, Superman’s wife? Is this Lois Lane, Superwoman of the Crime Syndicate, crossed worlds? So many many possibilities. And Ice apparently saw it happen — which has to be referring to that death, and not the one by Doomsday? Why? Because Superman was already returned to life by the time Ice went to hell. Check your dates, comics nerds!

Darkseid is a head in a jar in Hell.

Now this one is very curious, because if we are to believe there is only one version of the New Gods in all of the Multiverse, is this Darkseid’s conclusive future fate? The Multiversity Guidebook states that there are multiple “emanations” of the New Gods in the Mutliverse — but the definition of emanation is a perception which radiates out from a single source, not its own version. The only loophole? A play straight out of Final Crisis, where New Gods “die” and leave behind their bodies and regenerate elsewhere. Maybe the magic of Hell just kept part of this generation talking. Or it’s a ruse. Or it really is Darkseid’s future. No matter what, I’m hooked.

Clearly, this issue went into overdrive on the reveals, and to Giffen and DeMatteis’ credit, the story flows beautifully, the revelations are given their appropriate space, and none of this overshadows the very best part of the book: the personalities. That’s why we keep coming back to this team and their love for the JLI. The heroes are real people, who have hilarious, but genuine emotions and frustrations.

Andy Kuhn pinch-hits this month for regular series artist Howard Porter, and while it would be hard to match up to Porter’s level for any penciller, Kuhn’s style is pleasant enough. It almost reminds me of some of the style taken in the Fables series, which is probably why it feels so natural for scenes like the parade through Camelot, or some of the more talking-heads heavy portions. Kuhn doesn’t really do some of characters’ attractiveness justice, and there are bits here that feel a little too heavily inked, but overall, the facial expressions — such a key part to any Giffen/DeMatteis venture — come through beautifully. We get Ariel’s eye roll, Wonder Woman’s frustration, and a damn near perfectly executed Etrigan.

Like I said at the start, if you haven’t been reading Justice League 3000, you need to. Start here. Start at #11. Go back to #1. Or pre-order the just-announced Justice League 3001 #1 for June. A hilarious adventure off in the Multiverse that still feels like characters we can know and love, this title is a must-have for fans, old and new school alike. This is DC Comics honoring its history while trailblazing its future. Don’t miss out.