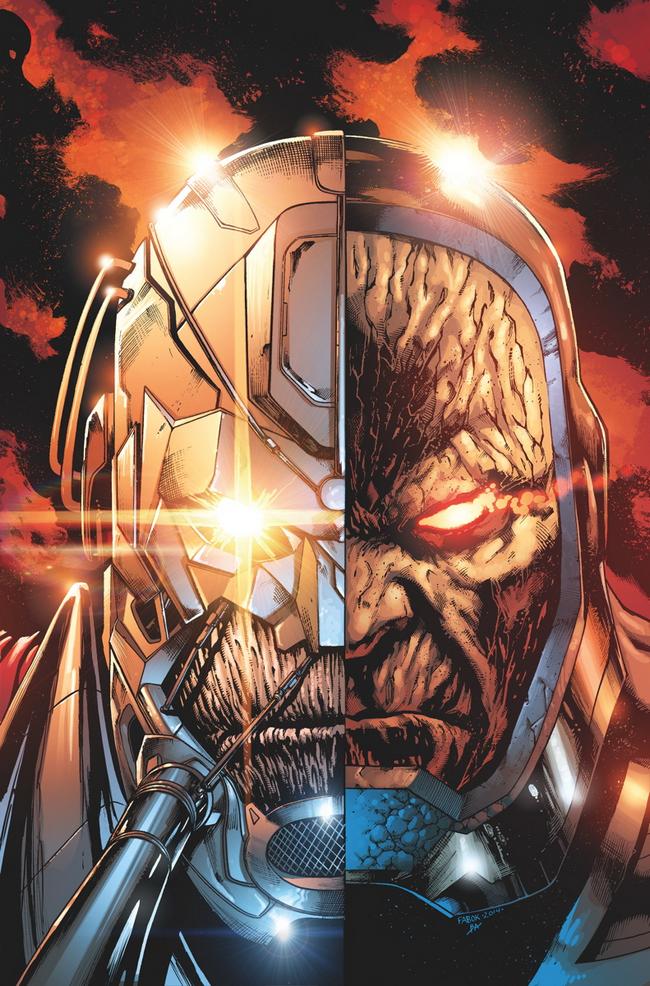 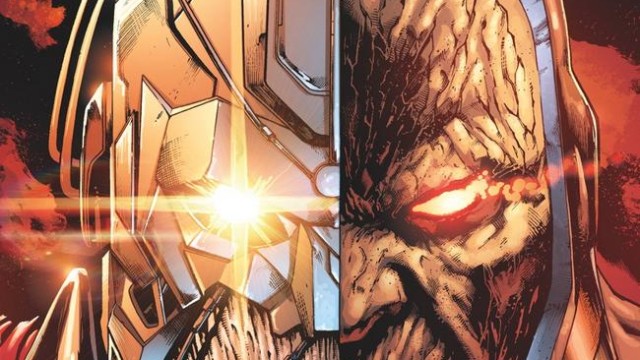 Now that is how you kick off a major event!

The Justice League is being drawn into the Darkseid War and Geoff Johns and a merry band of amazing artists have kicked the event off right with issue #40. Metron is our guide to the events that have led to this point, and showing readers who/what might actually have the power to take on the mighty Darkseid. This is going to be a battle of the titans to say the least, and Johns does a great job showcasing the stakes of this conflict. This is going to be a universe-rocking affair and Johns is a master at letting the information unfold in a way that has me craving the next issue by the end of this comic. His dialogue is solid, and he strikes the right balance of giving readers enough background to understand the stakes without diving way down the rabbit hole of continuity. Past continuity is a tool that he utilizes well but does not lean on as a crutch, which makes this issue feel like it is occurring because of a natural progression in the DC timeline(s), including Convergence, which I appreciated. Rather than feeling like Convergence is simply a blip to be ignored, the events that are currently occurring are building toward the war that is coming and Justice League #40 ties everything together very nicely. To say Johns is a great writer at this point seems almost like a cliche because it has been said so often, but his writing in this issue is superb.

I’m normally not a fan of single issues that feature a jam session on art with as many hands working on visuals as this comic does, but there aren’t many comics with the roster of artists that built Justice League #40. When the artists being discussed are an all-star team like this one it is impossible to complain, and no matter how many pages each worked on (some as few as two), their mark on this comic is felt and their work is exceptional. This was a big issue, kicking off Darkseid War and the art team did not disappoint. I’m referring to this mighty crew as an art team because despite there being 7 pencilers that worked on pages in this issue, it feels cohesive and flows very nicely. The styles of the artists work very well together and at no point did I feel drawn out of the issue by a dramatic change in style or tone. There are some absolutely amazing splash pages in this issue, and some epic single panels and the caliber of artwork displayed in this prologue has me very excited to see what Jason Fabok is going to throw down in the main event.

Justice League #40 is a master class in how to throw down a kickass prologue. I’m totally in for Darkseid War and I can’t wait to see what is coming next. Johns & the hall-of-fame roster of artists on this issue delivered a knockout and to say big things are coming for the DCU is an understatement. It is a very good time to be a Justice League fan.