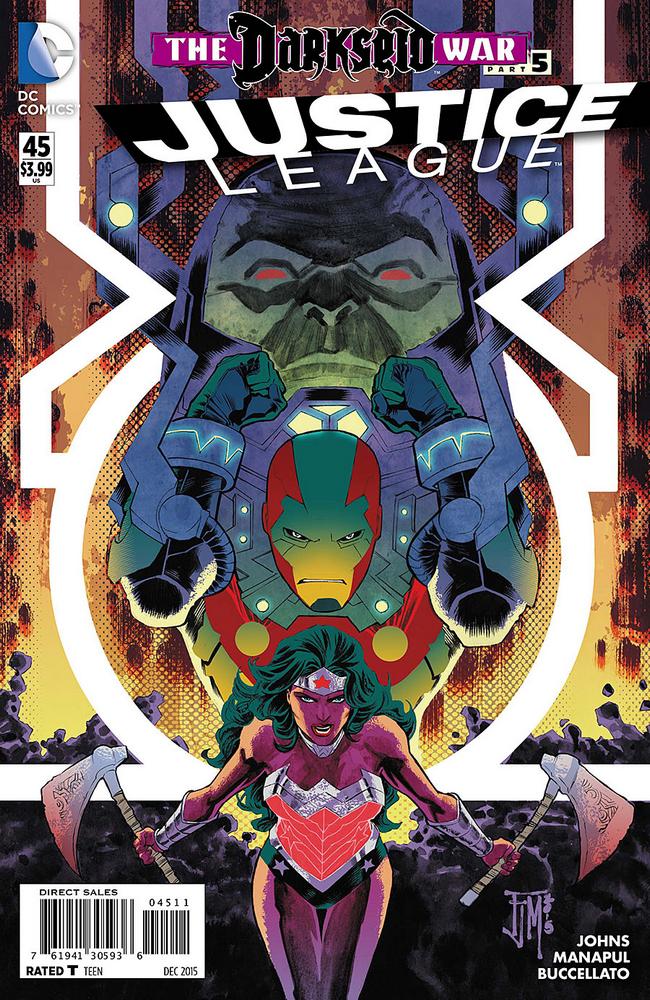 Forget the New Gods…the Darkseid War has ushered in a new and exciting group of Gods in the wake of the death of Darkseid!

Geoff Johns isn’t easing off the gas at all with this epic event, pushing these characters into new realms with huge consequences. Diana as the God of War was a huge development in the DC Universe but he has now upped the ante, giving several high profile players in the Justice League some massive new power and roles. This particular issue is like getting slammed by a boxer with the reveals, as we get updates on the situation on Apokolips with Luthor, The Flash’s transformation to the Avatar of Death and how immediate the destabilization of the universe is with the death of Darkseid. Tyrant, madman and conqueror aside, there is now a huge power vortex and Johns plants the seeds of this well. The coming issues are going to feature some major power players vying for even more power than they currently have and it is obvious that Johns is not afraid to dive straight into big events with Justice League. These pages are filled with huge moments that will give you chills and the transformation of characters’ dialogue is great. Johns walks the fine line of keeping aspects of their personality and changing them wildly as the new power takes hold and I can’t wait for the one-shots to see where he is taking these characters. This is the greatest epic superheavyweight war I’ve ever read in the DCU and I’m loving every page that Geoff Johns is giving readers.

Francis Manapul takes over art duties from Jason Fabok and while it is a rather noticeable shift, Manapul is no slouch as an artist. Some of the concepts in this particular story are more abstract than previous issues and Manapul shows the transition of these characters nicely. They are no longer their “regular” selves and Manapul conveys that well. His line work and colouring has a softer edge to it, but anyone who enjoyed his Flash and Detective Comics work (like I did) will be very happy with what they see here. These characters are powerful to the point of power rippling off of them and there is no doubting that they are Gods. The coming issues are going to be massive and Manapul’s work is reflective of that. My personal taste preferred Fabok’s work slightly (very slightly), but I can’t go so far as to call this artwork a downgrade. It is very strong in its own right and this comic looks damn good.

Geoff Johns is cranking the dial to 11 with every issue of Justice League. DC is backing him up with fantastic artists and the results are huge. The set up for the one-shots is well executed and this continues to be one of the greatest arcs in comics this year.