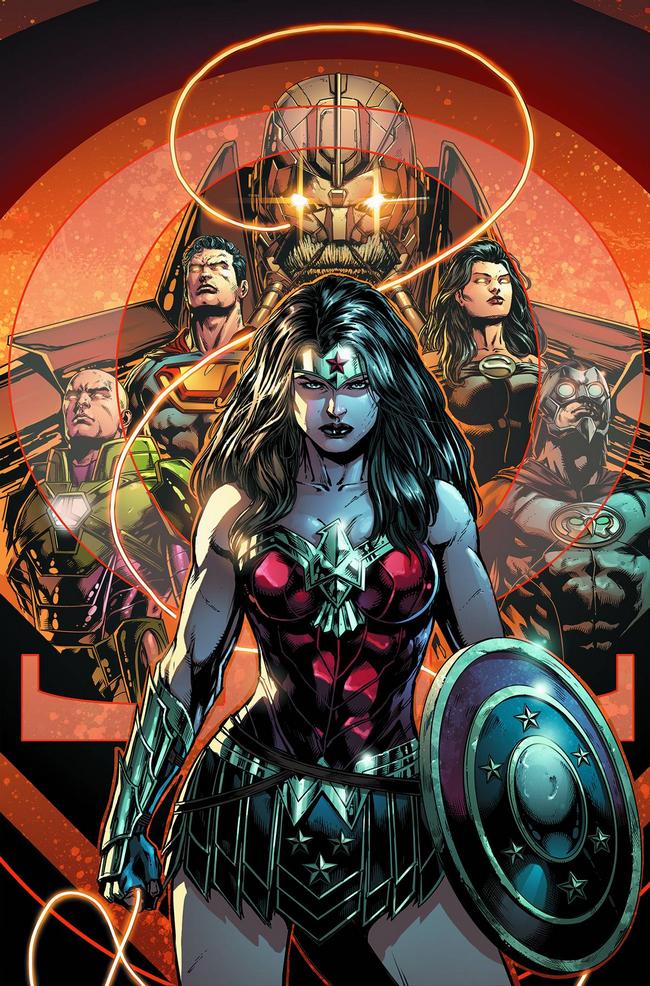 Geoff Johns continues to build his best arc of Justice League yet with this issue, showcasing the return of the Crime Syndicate and the newly minted JL Gods. He’s done a great job building a credible threat for these powerhouse characters, who even in their God-forms have got a serious fight coming. This is a massive, extinction level threat and seeing the Syndicate out of sorts like they are showcases how intense the next phase of this war is going to be. This event is on a scale that is larger than Forever Evil and Johns is excelling at focusing this event on the major aspects rather than blowing this up into a sprawling crossover. This is a huge story contained to a single series and credit to Johns for delivering such an epic story without any bloat or unnecessary excess. The Darkseid War, for the number of characters and heavyweights involved could easily feel like a “everything and the kitchen sink” series, but this far it does not. It’s just the right kind of huge and Johns uses each character in a great way in this issue.

Jason Fabok is back on art duties and man, this guy is just talented. In this issue we see some huge throw downs between newly minted Gods, established Gods and the introduction of a new element. He handles the craziness of the Syndicate well, their dark natures evident in every image. His pencils are sharp through the whole issue and he excels at penciling Diana. Wonder Woman is a force to be reckoned with, as she should be, as are the other members of the League. There isn’t a single character he doesn’t do justice, and Fabok brings the “epic” to Darkseid War with every panel. Brad Anderson’s colours enrich Fabok’s pencils well, despite the level of darkness in this issue. Anderson’s colour work makes Superman, especially, explode from the page and when the action gets crazy, Brad Anderson is definitely up to the challenge.

Justice League #47 is a riot. This is a superhero epic for the ages and I think an argument could be made that this is Johns’ finest work since Blackest Night. This is as big as cape comics can get and you can’t go wrong with reading the powerhouse team of Johns, Fabok and Anderson telling the tale of Gods going to war in Justice League.