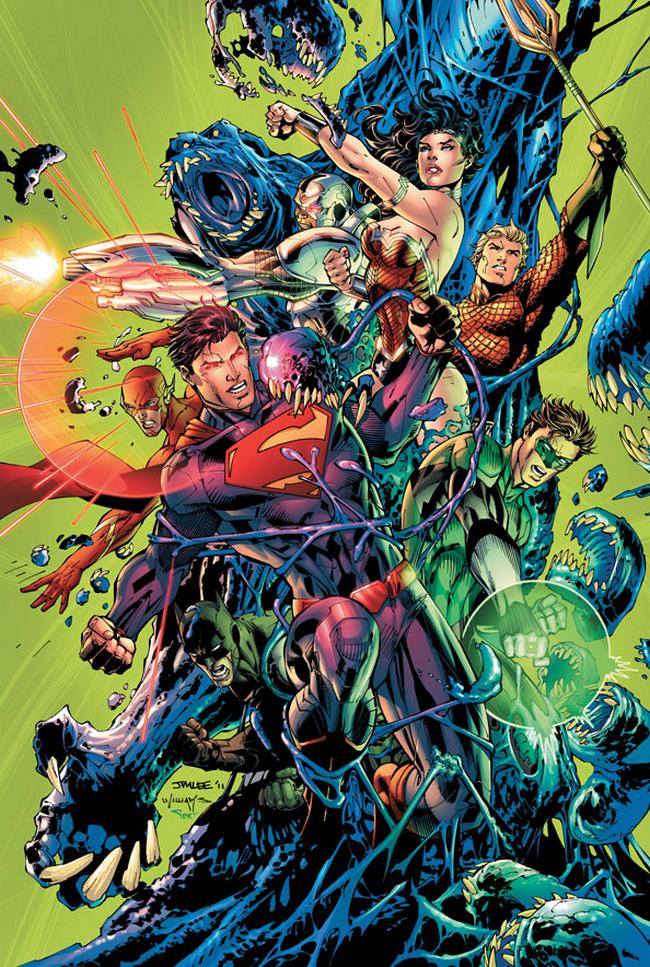 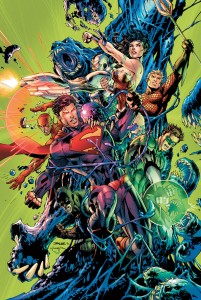 I am not a fan of the new Justice League, which I should say from the outset. I had stopped buying the book after a couple of issues, but was convinced to try this one because of the introduction of Shazam into the New 52 DC Universe. I’ll look at that story first, as it was my reason for picking the book up.

I have no great attachment to Captain Marvel so I went in more hopeful that some of the doubters who wanted the Big Red Cheese, not Shazam. Johns gives us a first chapter in the new origin, introducing some new concepts of how Batson was chosen and how early he caught Dr. Sivana’s attention. Not yet revealed is the in-story reason for the name change that we were promised, but it’s only the first chapter. I am very into a new version of Billy Batson, though Johns is once again using the go-to New 52 reboot formula of making our lead character a bit of a jerk. Gary Frank’s art is, of course, stellar and worth the price of admission on its own. This will make a great trade or DC Comics Presents when enough chapters are out.

The main story, however, I found less than stellar. Our first tale of the Justice League in the present (the first arc was five years ag0) relates how the world and some of its governments view the team in the present day DCnU. There are a few Easter eggs dropped to tell you the status of some elements of the JL mythos, which I won’t spoil. My primary complaint about all of the JL issues so far is that Johns is writing the characters so differently than they are in other books. Up till now, the defense has been that it was five years ago and they characters have changed. However we are in the present now and his characters are still far off the representation in other books. Batman has some comments about the JLI that are very confusing given his attitude in that book, however I know Jurgens has something in store for how Batman will relate to that group long-term.

Gene Ha’s art is a bit uneven in this story. I love his work but this seems a bit messy, perhaps printed from lighter pencil work. There are stronger pages than others and the style and layout get more interesting as the issue goes on. The issue wrap up pages I particularly liked.

A tough one to give a rating to. I had dropped this book after a couple of issues but the Shazam story I really enjoyed. I wonder how long you have to trade-wait for enough 10-12 page stories to pile up into a collection?