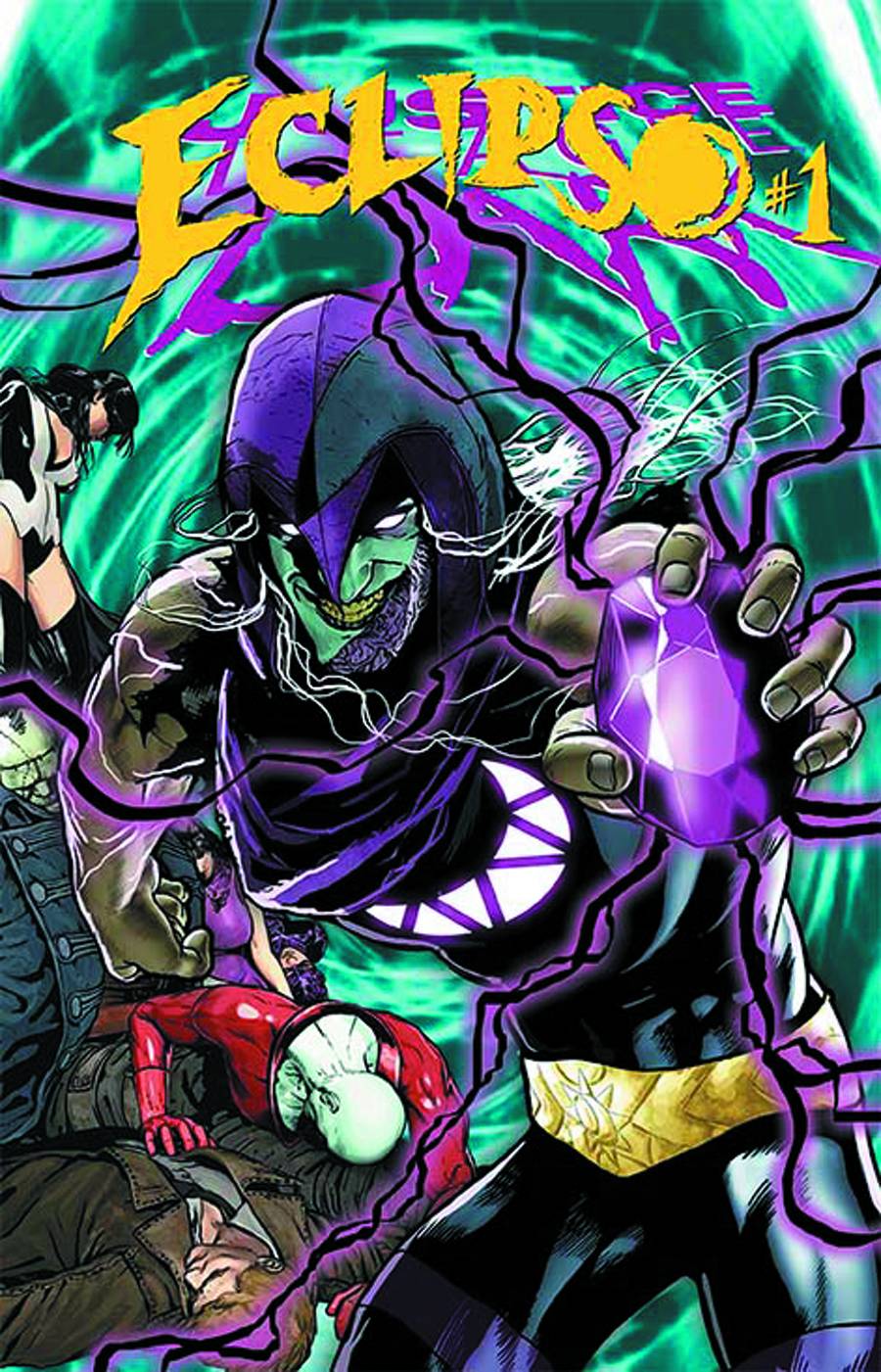 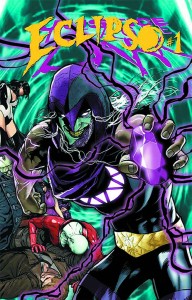 The life Gordon Jacobs knew is over. Once an acclaimed solar scientist, whose genius and determination developed an entire city run simply on the power of the sun — now, a broken man, his city destroyed, his love left him, his time in the light at its end. Enter: Eclipso, shadow of God and the very epitome of evil and darkness in the world. And to know his power and take it as his own, all Jacobs needs to do is draw blood with the Black Diamond, and not just his own.

Eclipso is not the easiest character to develop a new visual spin on. From his pixie-ish early days to his dark monstrous look of the 1990s, the Dark God has run the gamut in looks, but until now not managed to embrace both visions as effectively as Philip Tan does in this one-shot. Eclipso is at once a costumed super-villain and primal force, blending into and disappearing within shadows that cascade across the page, but retaining elements like the hood and new chest icon that glows sinisterly. Every page that depicts Eclipso’s development, whether previous to the merger with Jacobs or after, is more beautiful than the last, as Tan crafts his dark vision so exquisitely. Images fracture, scenes bleed off into white light, and we get a sincere sense of how this man can devolve into such darkness bit by bit and let it truly eat apart his soul. Almost painterly at times, Tan’s work here is some of the best art put forth by a Villains Month issue to date, and with the exception of what feels like a highly gratuitous flashback scene to the Black Diamond’s travels across the DC Universe, every page is an absolute delight.

Unfortunately, the dialogue and story points DiDio puts forth don’t live up to the art on the page. I came upon the idea that if you read the opening monologue as if spoken by Rod Serling from a classic Twilight Zone episode, it might account for what feels like a really stilted, unnatural voiceover, but it doesn’t hold up as we move into dialogue throughout the issue. Jacobs has little to no redeeming value, which would be fine, but the implication seems to be he can, or at least has for his fiancée Mona. Plot points seem rushed over, presumably because of the brevity of the issue, like where did the package containing the Black Diamond come from anyway? And the story ends abruptly with a determination to destroy or hide the diamond, that is easily whisked away in a single panel. Eclipso has always been played best as a noble man who has the strength to battle the inner demon he let into his life, but this guy doesn’t seem able or willing to battle anything.

A beautifully illustrated introduction that became weighed down by a fair bit of clunky storytelling, Eclipso has nearly as much going for it as working against it. That said, the character is one which seems to resonate with many fans (and many within the halls of DC) and this version is visually the best we’ve seen to date. Let’s hope his next appearance inspires a bit more imaginative horror and a bit less of the unnatural narrative.