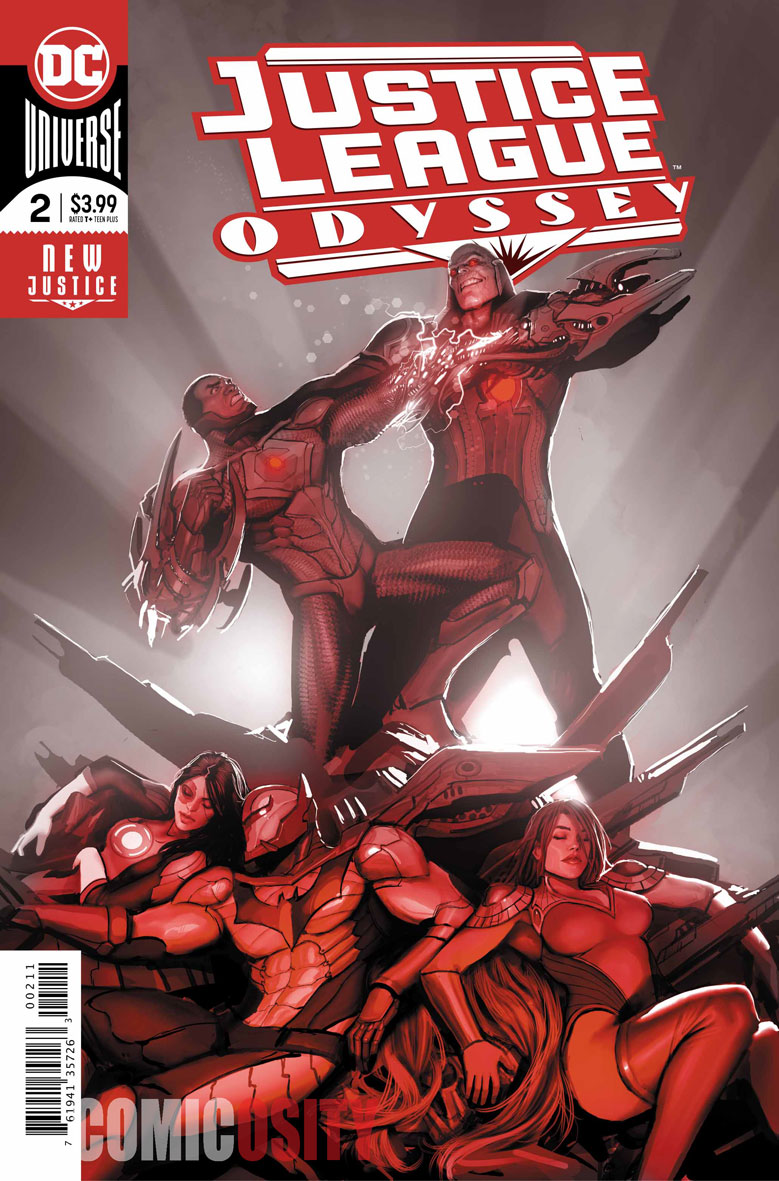 That they each have a destiny.

After traversing to the Ghost Sector, this iteration of a Justice League faces not just a threat, but the seemingly duplicitous nature of Darkseid. As events and truths unfold, no one is truly sure about their position, and Starfire in particular is put into a place where she has to consider her next move.

Justice League Odyssey is a sight to see. This comic does well with expanding continuity and canon, recognizing the importance of each of the characters involved. Even if we don’t know the exact role for each of the characters, the way this story unfolds surely lets us know that we are in for some grand revelations and surprises. The inaugural issue helped readers understand why the characters are on their journey. This issue brings out more of who they are. I imagine we are due for some big changes, recognizing  not just who our major players are, but whey they make the choices they do.

Joshua Williamson gets each of the characters in the story. The focus on Starfire in particular is a good choice, as Williamson understands not just her skills as a warrior, but her compassion as a person. In fact, I’d wager that Star’s representation in this issue is one of the truest for her. She stands out as a character due to Williamson’s understanding, leaning on not just her own history in terms of continuity, but also going back to her initial creation.

Stjepan Sejic’s art continues to match the enigmatic and detailed nature of this story. With the focus on Starfire, Sejic brings something new and wonderful to this comic. Star has always been a character whose presentation needs to be carefully rendered, in both tone and physical appearance, and in this issue we get all of that. We see her and her compatriots in various shades, and though the situation is dire, it still feels like an adventure. Sejic takes the idea of an Odyssey and runs with it to an excellent effect.

This comic is cool. Not only do we get stellar art and storytelling, but in some ways it addresses the idea and importance of a Trinity. I’m excited to see just how Starfire, Cyborg, and Azrael become analogues for the DC Trinity, but also how Jessica becomes part of the larger picture. There seems to be so much in store for this series and I can’t wait to see it.