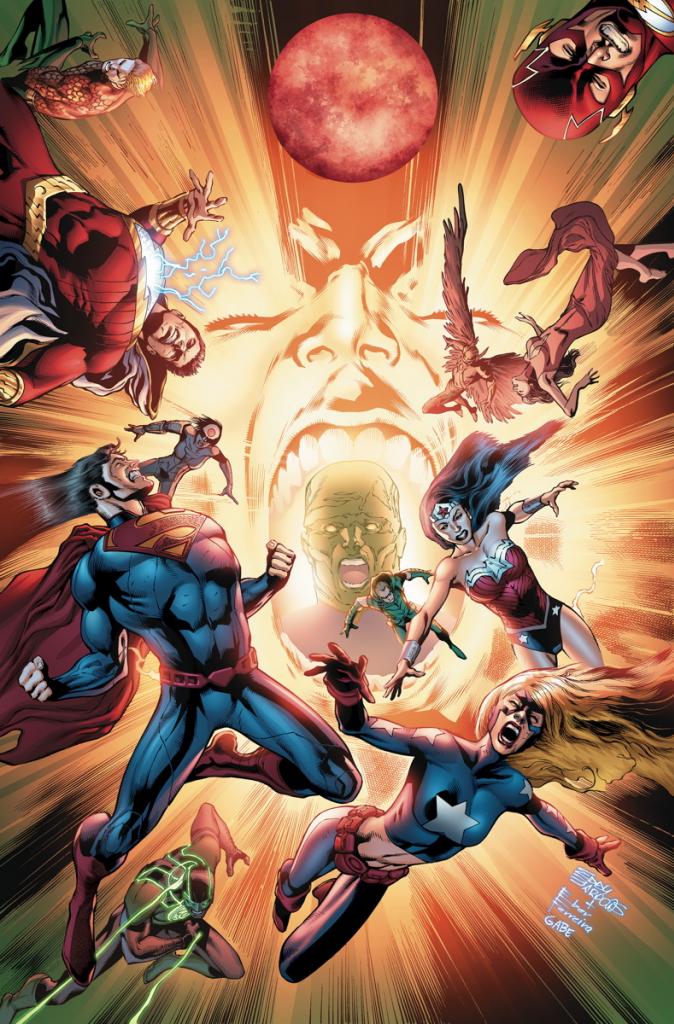 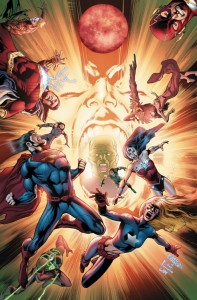 The quest of Stargirl continues in Justice League of America #13 as she strives to get closer to breaking the heroes out of the Firestorm prison.

For several months the primary storyline of JLA has been Stargirl attempting to break out of the Firestorm prison and bring some balance to the playing field that is currently full of villains. Kindt writes Stargirl well, and makes a case with this character for an entertaining Stargirl solo series. His dialogue and internal monologue are strong, especially for a teen hero, and he’s done a solid job of building her character up to the events in this issue. The Stargirl at the beginning of this series could not have handled the situation that is presented in this issue and it has been interesting to see her grow from one issue to the next. That growth is somewhat undercut by the swirling storyline Kindt has Stargirl in. Over the course of this entire arc we’ve seen the character go in circles and have examined specific moments regarding the character to death. The reveal after the climax of this issue may cause some readers to scream as the story begins to feel like it is lacking purpose the further you get into the issue. Strong character work only goes so far when the plot driving this issue forward goes nowhere. This series feels like it is treading in mud, biding time for Forever Evil to end so that the Justice League members can return to the title and give it some direction. Even with some strong characterization, by the end of the issue I don’t care about the Firestorm prison anymore. The ending is borderline infuriating for people who have read the entire arc and this title has seemingly lost it’s way.

Eddy Barrows and Tom Derenick provide solid, if somewhat generic, superhero art. There are some extremely interesting layouts and, at no point, is the art the downfall of this story. Barrows gives Stargirl a lot of emotion and his facial work is strong. Derenick’s work is a bit shakier, but the two have a fairly unified style. There are some clever visual teases they insert in the issue, but in the end they can’t compensate for the slow story. The colour work by Hi-Fi is strong, and pages with the Martian Manhunter, in particular, are dynamic. The art team did their job in this issue, but the spiralling story was doomed to mediocrity by the final pages, no matter what.

For readers who are not Stargirl fans, there isn’t a whole lot for you here. This issue does nothing to build the Forever Evil event, and feels like it is treading water. Stargirl is written to have the potential for star power, but the storyline, sadly, takes the wind out of her sails.