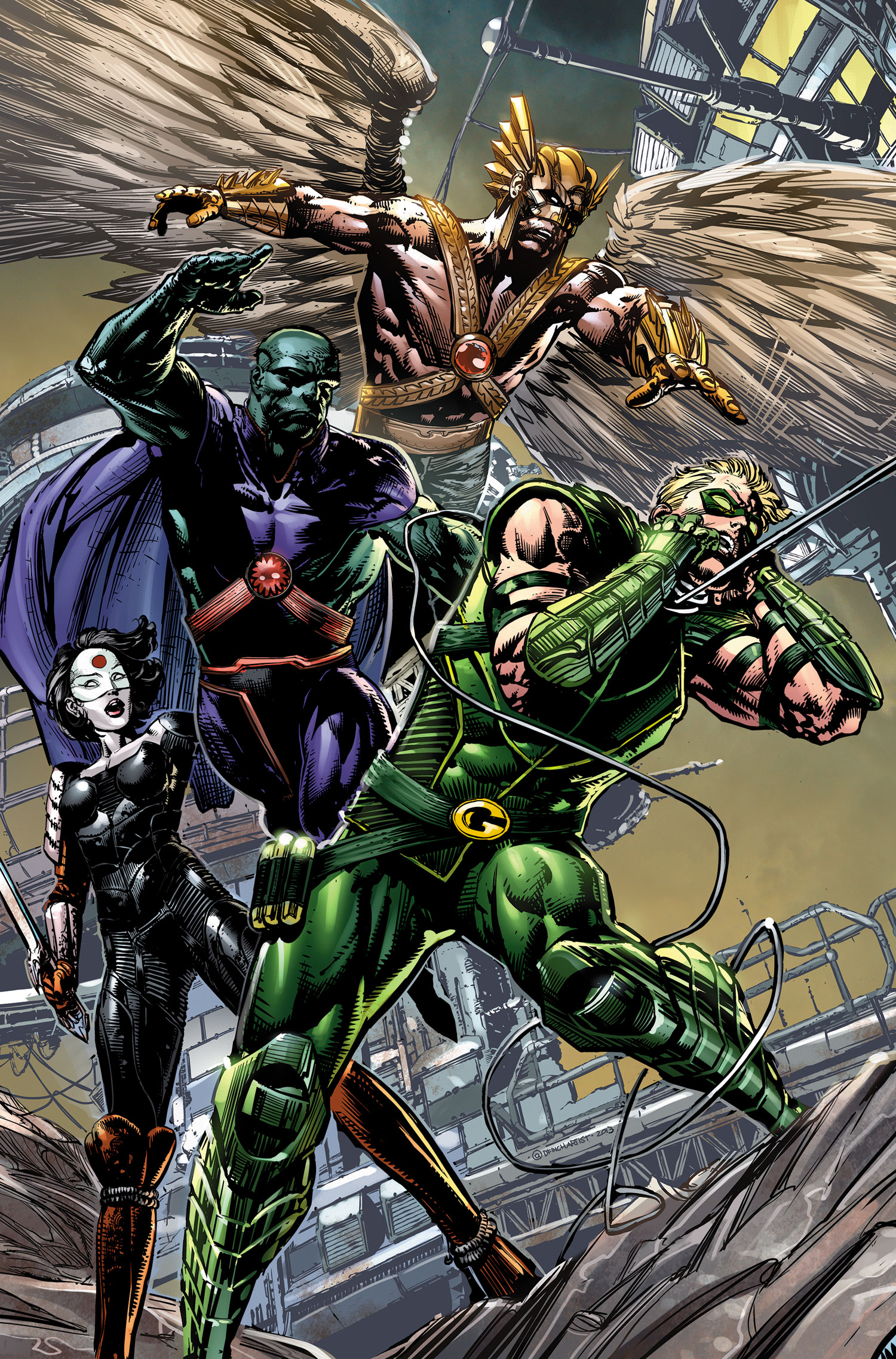 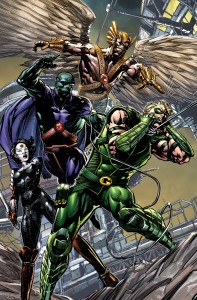 The missions of the A.R.G.U.S. Justice League team continue, but shouldn’t a book this high profile look a lot better?

Justice League of America #3 puts me in an agonizing position. I enjoy the story a lot, and I think Geoff Johns is doing a great job of pacing this series, and this issue in particular. We get to see the JLA  and A.R.G.U.S. behind the scenes, with all the political machinations and potential double crossing that can lead to, but we also get to see them in action. For readers who aren’t picking up Vibe, you finally get to see why they are keeping this naive kid around, and the potential of his powers. Johns does a great job of showing how this team has absolutely no chemistry so far, or much of an idea of what they are fighting for, and the madness that can come from trying to control loose cannons. Johns’ choice of characters for this title is starting to make a lot of sense as well, with each character bringing a strong voice and interesting dynamic to this equation. As Waller and Trevor continue to battle over the soul and purpose of this team I think this will only get more interesting, with Johns doing a solid job of progressing the story of the JLA within these pages.

And now, to discuss the agonizing position mentioned above: the story was good, the art was not. This issue appears to have been rushed in many places, with inconsistencies all over the place, even within single panels. The inking of this art is so thick that the art simply looks sloppy rather than stylized or edgy at all. I get that this is the grittiest Justice League book, but gritty artwork is not what readers get here. Finch’s pencils in this issue vary wildly, with a couple of really strong splashes all the way to some awkward muscle structures and physical profiles for characters that change throughout the issue. The colouring of this comic is also jarring, with every character having startlingly blue eyes (except Martian Manhunter) that actually pulled me out of the story. The colouring distracted me from the events of the comic and broke the flow of the story, rather than adding that punch that good colouring can to an issue and taking it to the next level. When reading a big two book as high profile and integral as JLA is to the DC Universe, with the big name artist associated with this book, I can’t help but want much more from the visual side of the coin.

I need to give a shout out to the backup story of the issue, as it actually outshone the primary story of this issue for me. Matt Kindt and Manuel Garcia team up to dig deeper into the Martian Manhunter and Catwoman, adding a level of depth and focus on the two characters and their pasts that really enhances their interactions with the rest of the team. The writing of this backup is strong, and the art is solid throughout. I’m normally not the biggest fan of backup stories, but this one is too well crafted to go unnoticed.

In the end, I will be continuing with JLA because I am intrigued by the story Johns is telling, but I do hope for a dramatic improvement in the visuals department. The strong backup story gave this issue a boost as well, and I’ll be looking forward to the next backup as well.