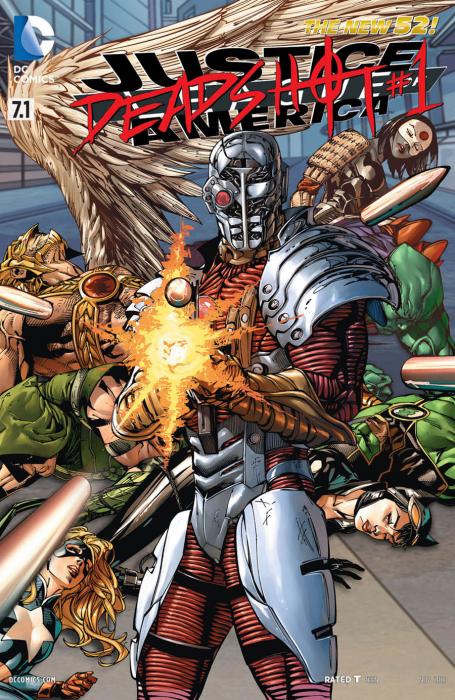 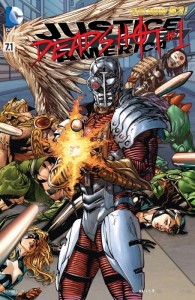 Deadshot tells his own origin story in his Villains Month issue as Matt Kindt shows us how how some subtle variances in one person’s past can have a dramatic effect on how they go forward compared to others.

Kindt does an excellent job in this origin story of playing off of the Batman origin we know very well and spinning it in just the right places to give the DC Universe the cold & calculating killer known as Deadshot. Through Deadshot’s narration of his own past, Kindt paints a picture of the flipside of the life of Bruce Wayne and when a very similar incident occurs to the moment that changes Wayne’s life, our title character in this issue has a somewhat different reaction that makes perfect sense for this character. Kindt does a great job of letting the story flow out naturally in this issue, like we’re having a high octane coffee with the Suicide Squad member, hitting all the right story beats along the way. Deadshot isn’t an exceptionally complex character, but Kindt does a solid job of showing where his motivations come from, and what they currently are. This issue sets up Suicide Squad #24 very well, and I look forward to seeing more of Kindt’s take on Deadshot.

Basri, Champagne, Carnero & Bit combine to form a great artistic foursome, bringing a lot of action and interesting layouts into this origin story. The artists do an excellent job of aging Deadshot in the issue, with his eyes becoming colder as the issue progresses and his body language becoming more calculated and violent. Considering the number of artists involved in the issue it flows very well, shifting between the past and current day seamlessly, which is a feat to say the least when you consider the number of styles involved. The colours by Jeromy Cox are dynamic and energetic, infusing the issue with a real kick and play a strong part in easing the transition between art teams. This is a very strong outing by the entire art corps, who I would read penciling Deadshot anytime.

Deadshot’s origin is well told by Kindt and he is backed up by superb art in this Forever Evil tie-in. The subtle comparisons to Batman’s well known origin are appreciated and I highly recommend Justice League of America #7.1: Deadshot to anyone looking at Villains Month as a time to try out new books & characters.