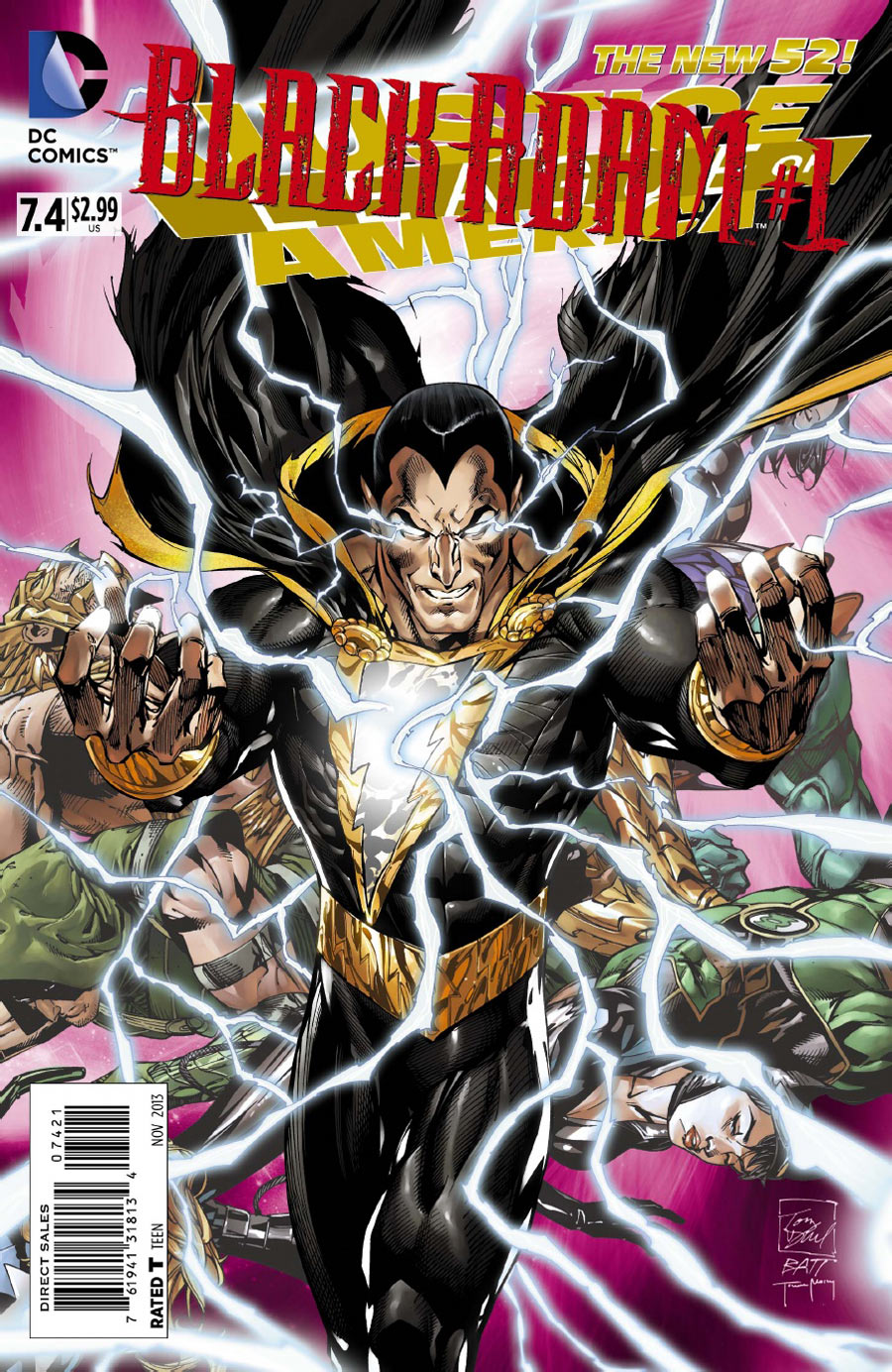 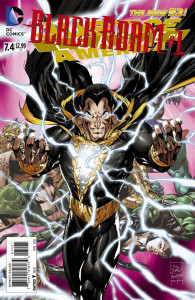 Does Villains Month have a champion in Black Adam? Kahndaq certainly does…

Geoff Johns and Sterling Gates bring forth Kahndaq’s protector, Black Adam in this excellent Villains Month offering. Many characters in this event have been criticized as being written as flat or lacking complexity, but Black Adam bucks that trend completely, being shown as a complex anti-hero that has motives behind his actions, despite what those actions may be. Adam is, quite simply, a powerhouse and Gates does an excellent job of writing his immense presence around regular human beings. He simply dwarfs them, not only in power but in his sheer presence, which was written perfectly. The issue is set in Kahndaq and the situation that is outlined there has an added weight and impact considering the current world events occurring in the Middle East. This is not meant to capitalize or make light of those events in any way, but rather makes the complexity of this story hit home that much more. Black Adam is a powerful man with entirely his own motives and his own moral code, which will make him a villain at times and a hero at others and Gates plays these cards perfectly. The characters in this issue are written very well, dynamic and lifelike in their dialogue, and actions. Gates also paces the issue very well, mixing action and dialogue very well for a well rounded story that highlights what Black Adam will be in the New 52.

Salazar’s artwork is strong, for the most part, and he rocks a few splashes out of the park. Some of the smaller details in the issue are a bit sketchy, but for the most part his work is excellent. The star of the show is positively electric and the power surges from him. Kahndaq is rendered as a stark place with a lot of history, and Salazar pencils it well. Imperfections aside, Salazar matches the tone of the script well with his style and does the script justice with his work.

Black Adam slams into the DCU with a thunder in one of the strongest issues of Villains Month. Johns, Gates and Salazar throw in one hell of a cliffhanger at the end of the issue and the remainder of Forever Evil has got to be interesting based on what we’ve been given in this issue.