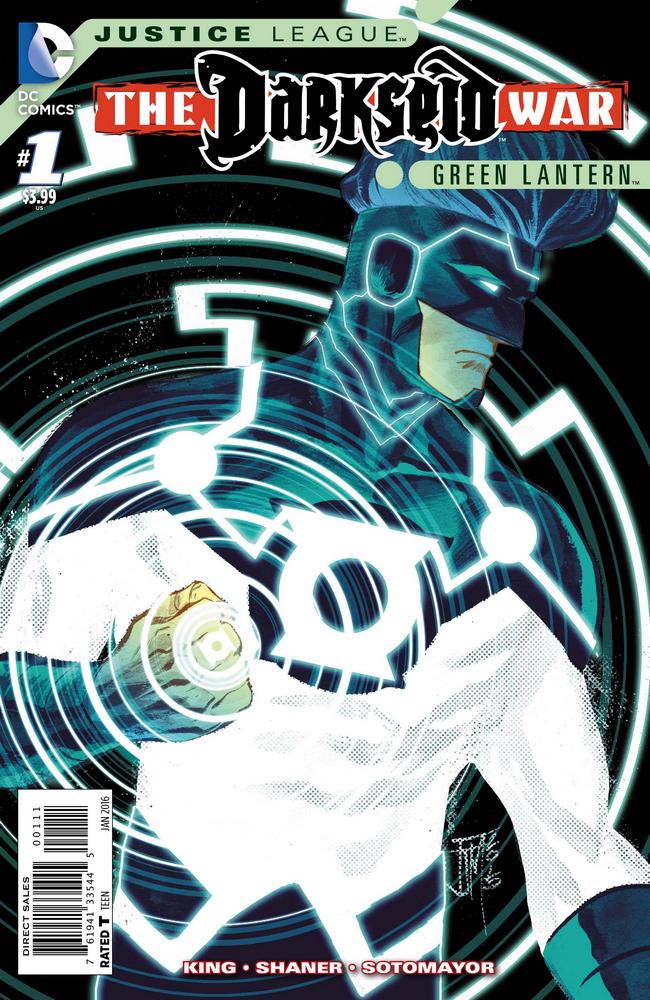 This…this is the week where the Darkseid War one-shots click.

Hal Jordan is the focus of this Green Lantern-centric issue as he is tasked with filling the literal void created by the death of Darkseid. This is no small task and there is a huge element of risk as unchecked Parademons are swarming the galaxy and rampaging across Oa. Will the task of being a God overwhelm Hal? Drive him to the brink of madness as it has been Bruce? The mighty team of Tom King and Doc Shaner have the answers for you in this entertaining one shot.

Tom King is on fire and readers are the lucky recipients of his brilliance. This man can spin a tale and I would be lying through my teeth if I didn’t admit that after every Tom King comic I read lately I want him writing more series. More, more, more! I don’t care that he’s already writing three ongoing books and one-shots and minis at Vertigo, when the writing is as consistently great as it has been with his other comics and this single issue, I just can’t help but want more.

King gets Hal Jordan. No knock on Robert Venditti or anyone currently working with the character monthly, but King just gets the core of Hal Jordan and approaches his past in a unique way. Hal’s Godhood is also approached in a way that is different than what we’ve seen in the other instances of Godliness in The Darkseid War and it makes this one-shot feel very unique and special. King roots this story deeply in what it is to be a Lantern and who Hal Jordan is deep inside and with every word on the page the strength of this character shines through. He celebrates the best aspects of Hal, how his faults are really his strength and the way he structures the story of this issue is perfect. I feel the ramifications of this issue will have an effect on The Darkseid War going forward and this comic both enriched the event for me and entertained me with a good story about a very high profile character.

The strength of the script is bolstered by the exceptional work of Doc Shaner. Shaner’s style makes me smile and his work has all the great aspects of Golden Age artwork without sacrificing modern storytelling. His style has cartoonish elements without making emotional parts of the issue laughable, by any means and he can nail an action sequence. Like King, when I read Shaner’s work I want more as fast as I can get it and this issue is no exception. Shaner’s pencils are fabulous and his layouts lead to a really easy story flow that was just a delight to look at. Chris Sotomayor’s colour work is the perfect compliment to Shaner’s style and I compliment whoever teamed this duo up. Shaner’s style requires a specific type of colour work to really fly and Sotomayor nails it while still having the visual punch of Green Lantern constructs everywhere.

This comic is damn good. Justice League: The Darkseid War: Green Lantern #1 is a mouthful of a title but what you’ll find inside is an entertaining comic that is well written and looks great. King, Shaner and Sotomayor work well together and this comic is one of the gems of the week, for sure.