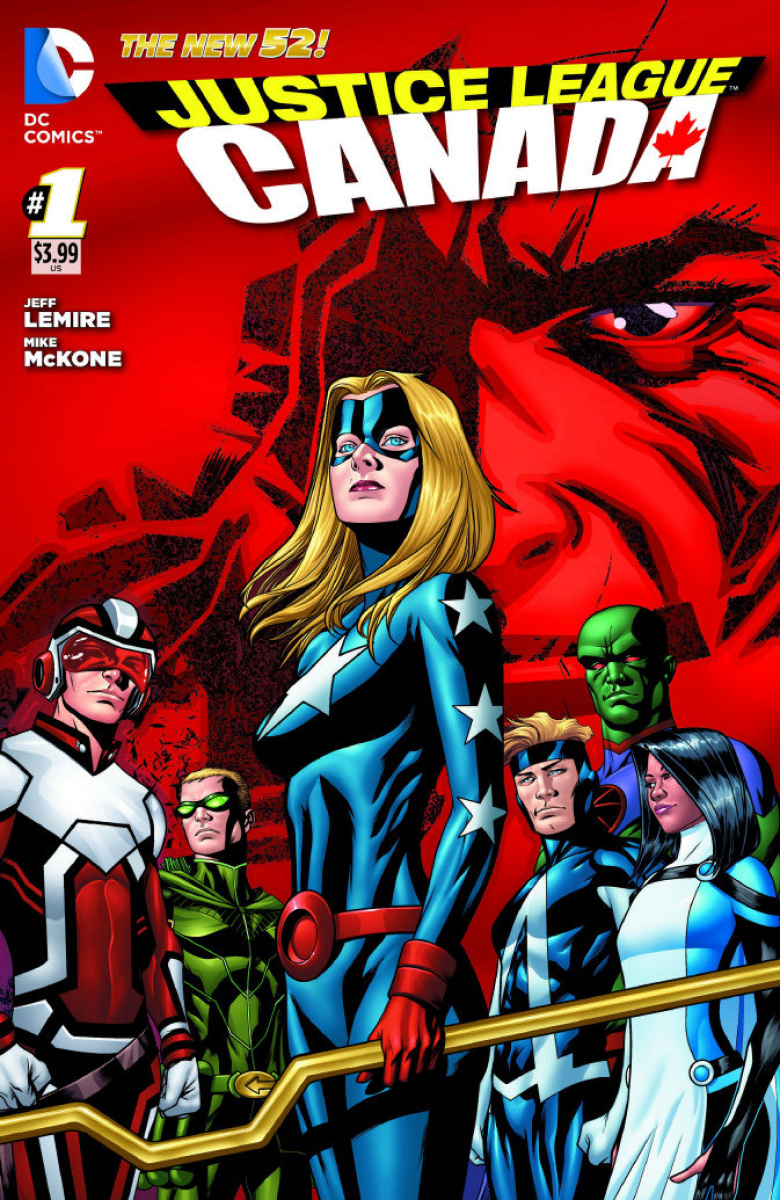 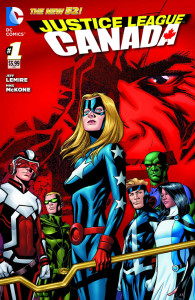 In the wake of Forever Evil, the Justice League is reforming amid snowdrifts and space aliens, as the growing team investigates an alien incursion into the landscape of Northern Ontario in Canada. Archeologist Adam Strange and his research assistant Alanna may have been normal citizens yesterday, but today, they are star-crossed witnesses to a plot to create the ultimate weapon, a slayer of worlds. But who that exactly is will shock you.

Jeff Lemire is undoubtedly a big Bronze Age DC fan. There can be no other explanation for the cast of characters he’s assembling for this new, Northern iteration of the Justice League, nor for the story elements he’s so deftly weaving into place. It’s a genuine Mystery in Space the writer is crafting, but it still maintains one foot on the ground — literally — as the team reforms organically, and more enthusiastically than it has in years.

Witnessing characters in the story itself get giddy about the prospect of calling themselves the Justice League may seem a little meta to some fans, but I think it’s emblematic of what Lemire brings to the super-hero universe that is the New 52. There’s a clear resonance of straightforward heroism in the writer’s characters and choices that acts as a significant counterweight to arguments of the grim and gritty-fication of the DC Universe. Stargirl hugs the Manhunter after a successful battle. Animal Man and Green Arrow quip (which is a nice nod to a scene in another of Lemire’s books this week) like adversaries who secretly really like each other. And at the center of it all is Adam Strange, normal guy who revels in the excitement of being a hero.

The plot developments out in the cosmos move along very well, giving us more page time with the new version of Alanna (Strange?) and a fun battle with Lobo. Call me crazy, but I vastly prefer this un-boot of the character back to his original appearance from the early Justice League International days. And while this book doesn’t quite match the natural wit of that storied run, it has a lot of potential along those lines. The diverse cast of characters, with genuine personalities, falling backward into a crazy adventure? Sounds like a good start to me.

McKone delivers another fun, highly graphic romp in both settings — Canada and the outer rim of space — emphasizing action above all else in the process. His scenes with Stargirl facing off against the prototype destroyer, and the subsequent assembly of heroes, is so reminiscent of the first origin story of the Justice League of America that I can’t help but feel this entire grouping is deeply meant to be. It carries a strong nostalgia feel, without being artistically (or overtly) retro — just enough to tug at the heartstrings of those old time fans without alienating any new ones.

By far, however, the highlight of McKone’s work here is the full page shot of Adam Strange in his newly acquired togs. What a supremely fun and worthy introduction.

The Justice League Canada team (as I will forever refer to them as) may be just the latest in a long line of group shake-ups that have come to define the nature of super-hero organizations over the last 30 years, but it’s definitely one that has grip. From the creative team themselves to their choices in character, setting, and split plot, this title has the stuff to be a fun, adventurous bright spot in Justice League history. May it be so.