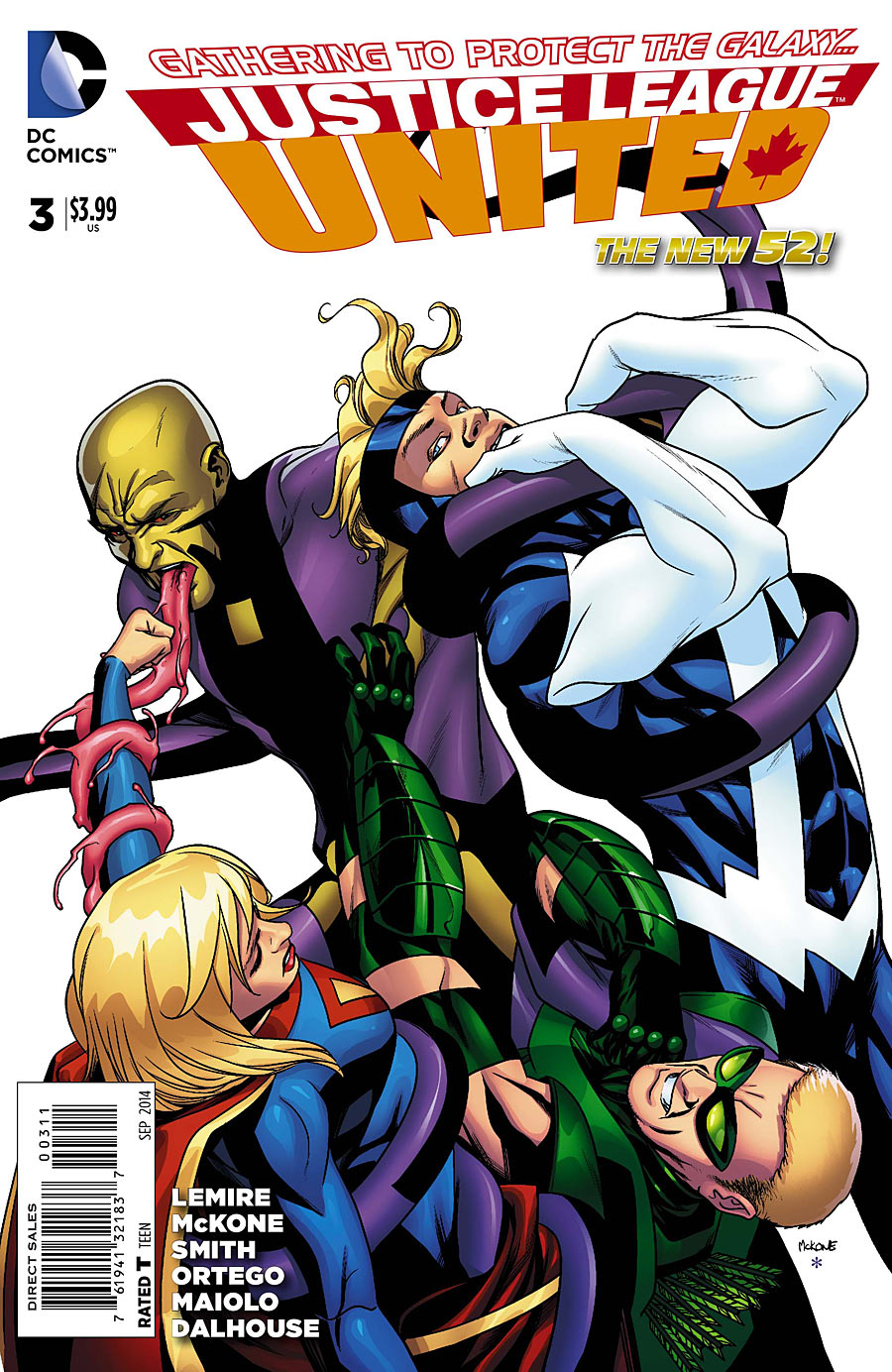 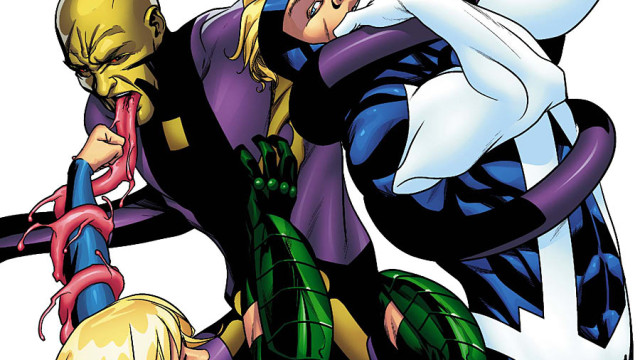 Everything goes wrong on Rann as the team finally starts to gel in this solid issue of Justice League United.

Jeff Lemire is juggling a lot of things so far in this series, and he handles each of the story elements well in this issue. While issue #2 had some clunky moments, issue #3 starts to really hit it’s stride and, by the end, the story is firing on all cylinders. In this issue we get some more glimpses of Equinox, Lemire slowly building her mysterious story, and some head on fighting with Byth. When everything hits the fan is when this issue, and team, clicks and kicks into high gear, giving readers a title that feels like it is going to be entertaining and possibly have some heart. Lemire writes these characters well and now that the majority of them have been together for 4 issues, they are starting to gel and make sense together. The awkward “team building” phase appears to be over and we’re in full on storytelling mode, which works well.

He handles the dialogue of these characters very well, dropping humour in at the right time and letting some surprisingly powerful moments resonate on the page. There is no disputing Jeff Lemire is a gifted storyteller, and some of the emotional power typically found in his creator owned work makes it’s way into this issue. He’s working, for the most part, with extremely established characters and he does so very well, maintaining their unique voices and showcasing their strengths. His Martian Manhunter is interesting to read and a strong leader, and Lemire’s interpretation of the character is the best I’ve read in the New 52.

Delivering solid storytelling to accompany this script is artist Mike McKone, the man who sets a great tone for this comic with his crisp and clean visuals. McKone delivers some Maguire-esque humour in this issue, giving the characters very expressive faces that deliver punch lines and some emotionally heavy lines very well. The flow of his artwork is fantastic, with panels transitioning seamlessly, the reader able to sink into the story effortlessly and let McKone take them for a wild ride. He pencils action well, showcasing the heavy hitters’ power well and making each character leap from the page. His work fits Lemire’s script very well, and I think the two are hitting their stride with this book. Good things appear to be coming in JLU.

Justice League United #3 drives the story forward at a steady pace and gives readers a nice balance of heavy and light moments. JLU feels like the Justice League book that you can read to escape heavy continuity while still enjoying some of the most entertaining characters in the DCU. This series is getting interesting, folks, and I’m in for #4.