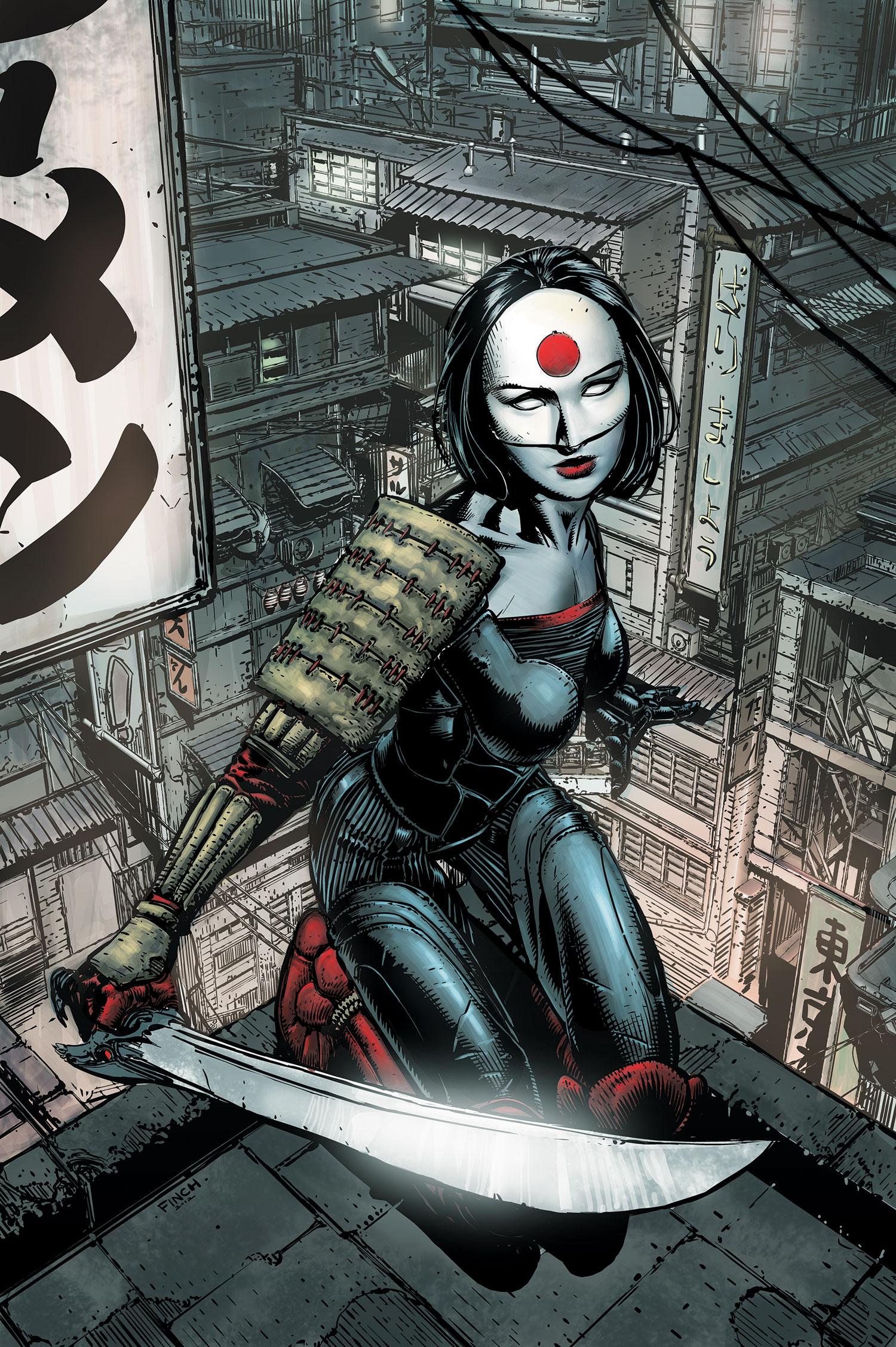 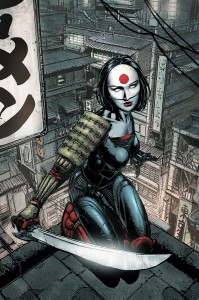 From the pages of Justice League of America comes Katana, Japanese swordswoman and recent American resident, searching for answers about the Soultaker — her own katana and repository for a centuries old legend of insanity and violence. Believing that her own husband resides within the sword, Katana begins a quest that immediately places her at odds with the mysterious Outsider known as Coil in the hidden streets of Old Japantown, San Francisco.

Let’s get one thing out of the way. This is an insanely beautiful book with quite possibly one of the most gorgeous first pages I’ve seen in a title in years. Alex Sanchez is an absolute master of portraying movement, a stylistic trait that will serve him exceptionally well on a book starring one of DC’s most dangerous fighters. The amount of detail Sanchez puts into each fight scene lifts the momentum rather than weighs it down, and his Katana flies across the page with a grace and beauty that highlights exactly why she deserves a book all her own. This book could easily have fallen into a darker palette with heavy inks and deep shadow, but Sanchez’s choice to let his elegant pencil work show through to the finished page in as complete a rendition as it does really makes every panel something special. By the time I finished the issue, I was overwhelmed by the quality of line and exquisite nature of even the most mundane of depictions — with the fight scenes between Katana and Coil completely absorbing my attention. Yackey’s colors, too, add to the exceptional quality of the visual storytelling, setting the main character’s black, grey and red off against a plethora of pastels pinks and greens that brings an incredible warmth to the book as a whole.

The plot and dialogue don’t live up to the art of the book, unfortunately. Nocenti’s dialogue is a bit too proper and stilted to feel natural, even if, in some cases, we are led to believe it is coming from a character for whom English is a second language. There’s an almost artificial drama to it all, which undercuts the real drama that’s already built into the story of a woman with such a desperate cross to bear. The moments that move me are those just between this pained warrior and the memory of her husband, but that feeling dissipates almost as quickly as it arrives when the focus changes to a flat description of the treacherous nature of her jewelry. I’m a little unsure why the central confrontation is occurring, or what importance the girl Katana seeks out holds, although I suspect more on this background will be illuminated in future issues. But, in the meantime, we’re left with a lot of jumble in one issue that probably needed a little more explanation and focus than we got.

While I’m not entirely sold on the storytelling potential of this latest addition to The New 52, I can absolutely, unapologetically recommend this title on the basis of its art alone, even after one issue. My hope is that as the narrative progresses, we’ll see a little more clarity in direction and this book will be a standout for DC. We need more titles focusing on female leads, not to mention one with a woman of color at the forefront. I’m willing to give Katana a shot to live up to its potential.