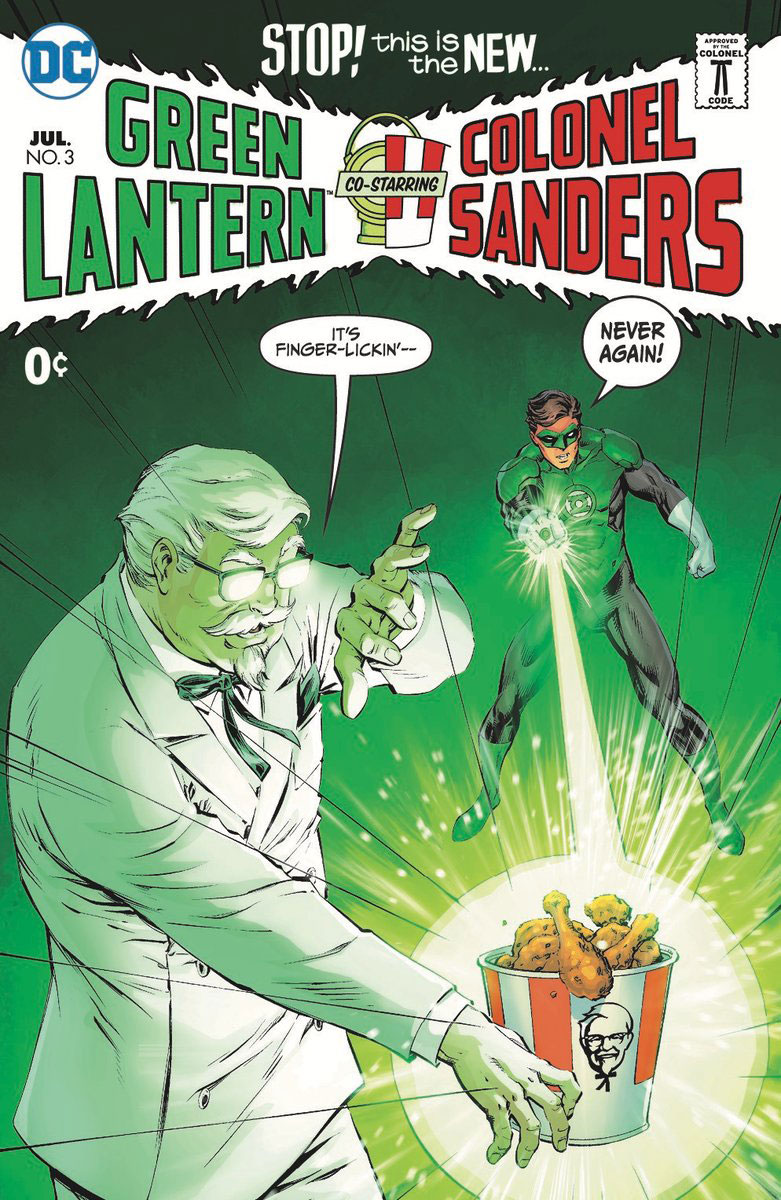 What I love about the DC/KFC books is how joyfully self-aware they are. Unlike some Big 2 product tie-ins that try to tell a straight story that just happens to include a line of power tools or new car line, the DC/KFC books jump in with both feet and make the sales pitch part of the humor of the book.

This time out, the Colonel enlists the help of the entire Green Lantern Corps (who seem to have a bit of a break from policing the universe) to help promote the KFC Zinger sandwich throughout the Multiverse.

When the sandwiches disappear in transit, Bedard and company take the reader on a tour of the DC cosmic universe in search of the missing Zingers. The stops along the way will bring a lot of DC faithful some smiles and smirks.

Hi-Fi’s coloring matches what we have been used to seeing in Green Lantern books for the past decade with bright colors and high contrast touches.

Carols M. Mangual’s lettering has to carry some larger exposition segments (those Zingers need their sales pitch) and he handles it well while keeping the eye moving in pace with the artwork. This is particularly well handled on the page detailing the events of the previous DC/KFC specials.

I greatly enjoy this series and the way it echos the Hostess Twinkie ads of yesteryear. And given that they usually offer them free, you can not go wrong with this one.