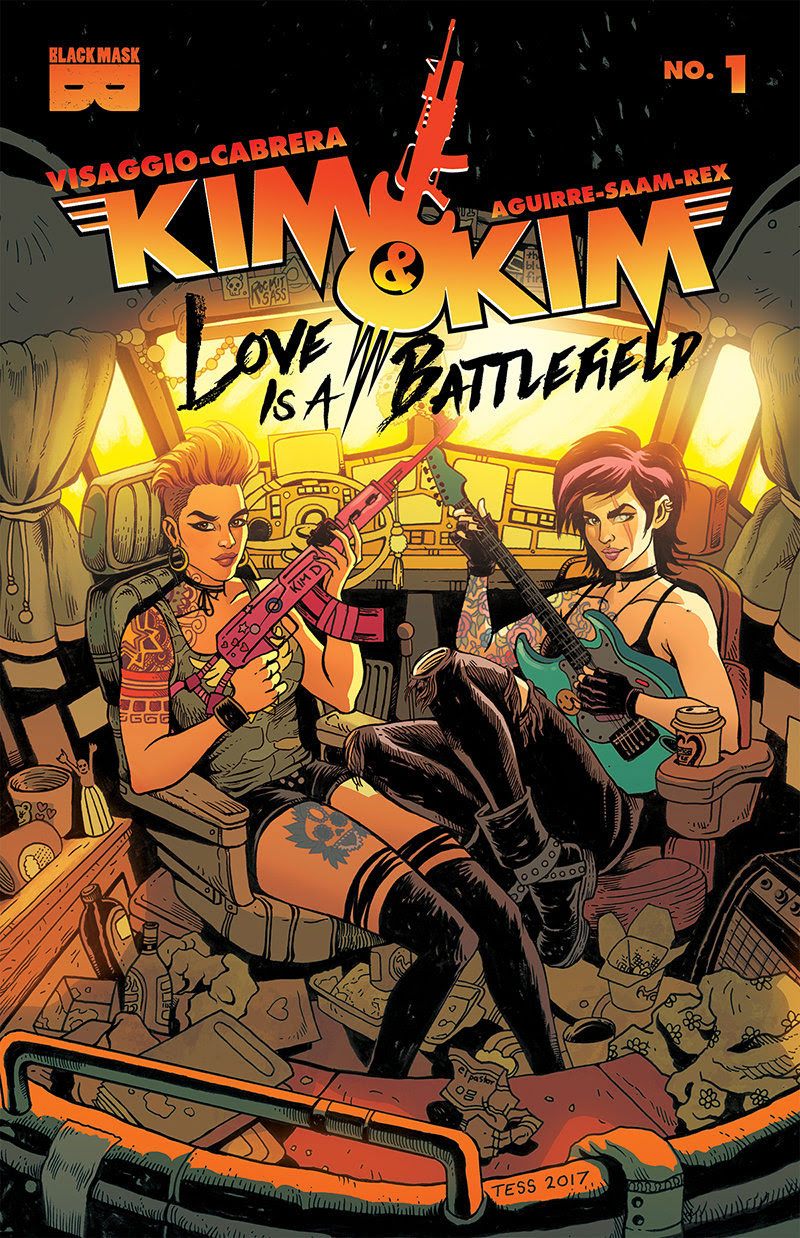 Paraphrasing the comic, OK. Rad! Kim & Kim is back!

Three years after their previous misadventures, the down on their luck bounty-hunting duo have finally snagged a big score! But what will they be able to get their reward? Find out! In this exciting first issue to this sequel series, Kim & Kim Love is a Battlefield!

Visaggio’s work is always magnificent and I believe that this issue is a great start to this sequel series. While we had more of an emphasis to Kim Q. last time around, Kim D. becomes the lead in this as she grapples with a past she never thought she’d be entangled with again.

I’m excited to see how Kim D. grows from the situation and moves forward. I’m also kind of hoping Kim Q. grows a bit as well. She’s a mess as ever, which is part of who she is, I’m fine with that, but it feels a bit like she’s regressed since the last time our dubious heroes were in print. I kind of hope she becomes better for Kim D.’s sake because Kim D. is the best and deserves all the good things.

I feel like Cabrera has improved on her art greatly. Not that her work was necessarily bad during the last installment of the series, but I can see a distinctive difference in her work in Love is a Battlefield compared to the first Kim & Kim and I think that’s awesome. I love her new character designs for these older Kims and I find her alien background characters to be fun.

Aguirre’s coloring is stellar and I love her shading work. The shadows on all the characters and items are on point and I appreciate the effort that goes into that kind of meticulous work, especially small things like the blood sample bottle, Kim D.’s lips, or a “Tacus” sign. I also love just the brightness she brings to the comic, it aids in the fun and slightly goofy atmosphere of the comic.

Saam’s lettering has improved in the comic and I think that’s really cool. You can tell with the embossed narration bubbles, it’s this subtle, nice difference.

Kim & Kim Love is a Battlefield is a fantastic comic. You should read the first iteration of the series before diving into this one, but you’re probably fine if you don’t. The series has intriguing characters and a strange yet mind-blowing omniverse. Plus, there’s an essay called “Queer Universe” by Ellie Collins at the end of this issue that’s definitely worth the read. Go check Kim & Kim Love is a Battlefield out if you have the time!