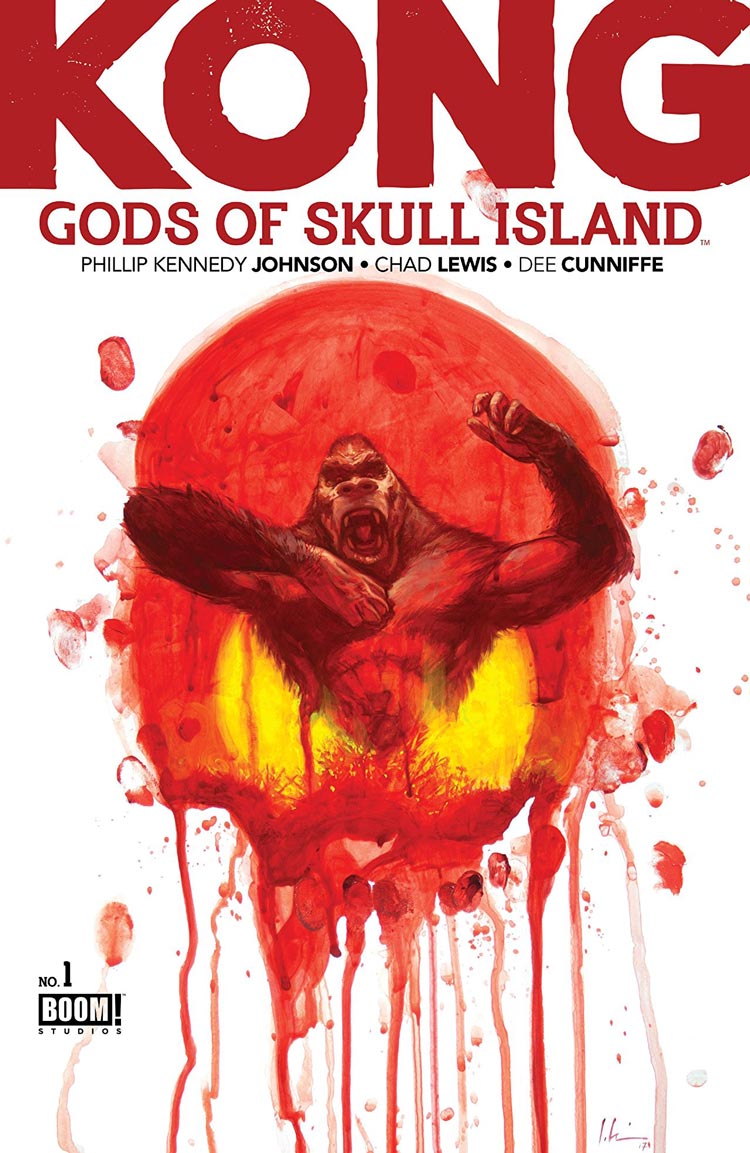 Set sometime in the early 20th century, Gods of Skull Island has a group of explorers and treasure seekers making their way to the island in search of resources unclaimed by western hands.

Encountering the local inhabitants, the explorers learn the legends, history, and frightening truths of the god of the island – the god they call “Kong.” The issue gives us a real sense of Skull Island as a place and how the various environments fit together.

With a style showing European influences, Lewis carries us through the story with clearly-distinct characters, clean layout, and good flow. He knows when to keep to a panel grid and when to explode out of it.

Cunnifee’s use of color evokes a four-color era, shying away from the now common toning to simpler, and in many ways more elegant, choices. The pairing of the two works very well to give a pulp feel to the tale.

When it stays with the main tale, Gods is a strong story. It stumbles a bit when it hands the reigns over to narration-box-heavy legends as told by the island’s inhabitants. These segments feel almost like a zero issue for Skull Island stuck inserted in the middle and do not flow well with the rest of the book, both in storytelling style and substance.

The switch to narration from dialogue-heavy sections and back is handed well by Dukeshire. There are some text-heavy segments and he keeps it from becoming a wall of text.

Not knowing the previous Kong titles, I was unclear if this was reviewing previously-told stories or teasing things to come. It is times like this I miss the editorial notes of days past (“see Kong: what-have-you for the rest of this story”).

Gods of Skull Island carefully skirts the edges of the troubling history of colonialism. Not aggrandizing the explorers, but not making the story into a specific critique either. While introducing religious conversion and the exploitation of indigenous peoples, the creators leave space for the reader to draw their own conclusions. Though that conclusion may be that some of these topics should have been addressed.