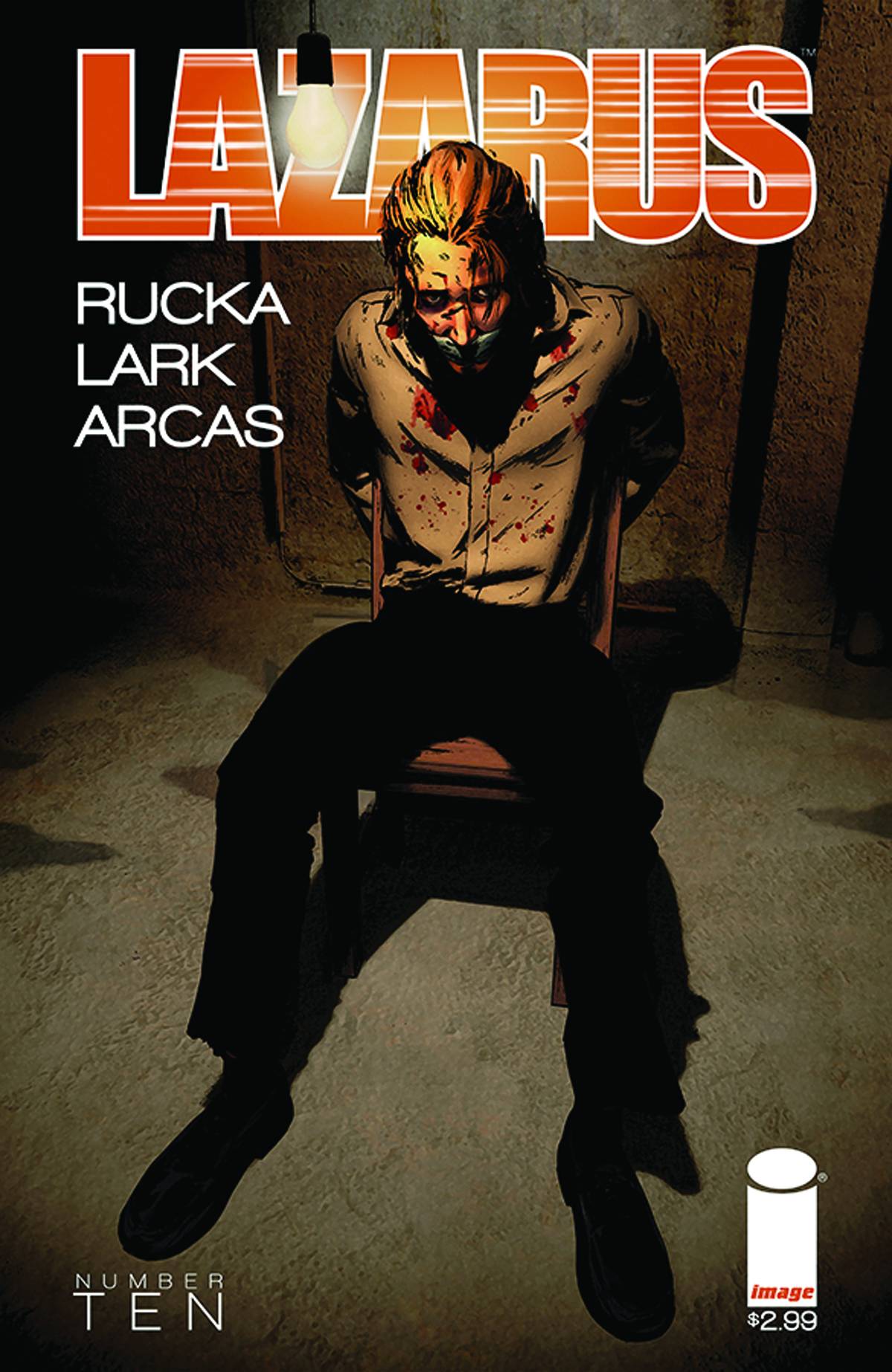 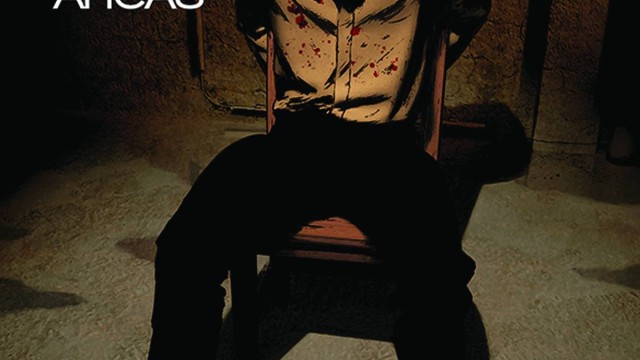 Oh, Jonah…what have you gotten yourself into?

Greg Rucka and Michael Lark return to inflict another issue of Lazarus on readers, and by inflict I mean slam our heads into the dark reality of the world they are building.

This issue focuses on what has happened to Jonah Carlyle after his attempted betrayal of the family and escape to Hock territory. Needless to say, things have not gone well for Jonah. While there is some sick satisfaction to seeing him be put through the ringer, the questions about what this means for the Carlyle family are immense.

As Greg Rucka brings readers deeper into the world of Lazarus, it has become increasingly interesting to see the workings of the families. This look at Hock territory and their population is fascinating despite the brutality of the issue, and underscores the stark world that exists.

This title has never been for the faint of heart and this issue seals the deal that the Carlyle family are not the only House with issues. Rucka’s writing is as strong as ever in this issue, and while I am not exactly sympathetic to Jonah’s plight by the end of the issue, it is quite a harrowing journey for readers to head down.

Bringing this dark time for Jonah to life is the artistic wizard Michael Lark. Lark is doing an exceptional job building this world and giving each of the Houses a distinct look and feel. Hock territory is stark and cold, a hostile world and the perfect setting for Jonah to be brought down to size, for lack of a better term.

Lark’s style compliments Rucka’s words perfectly, and the two are never better than when telling a story together. This is some of the best work of his career, and with the final teaser for the next issue it looks as though Lark is going to visually blow the roof off the joint with the next issue.

Lazarus #10 is a very dark read, but for anyone who has been following Lazarus, there has been no doubt this was coming. Jonah’s situation is going to create an interesting next few issues and future for the Carlyles, and I can’t wait to see where Rucka and Lark are taking this next.