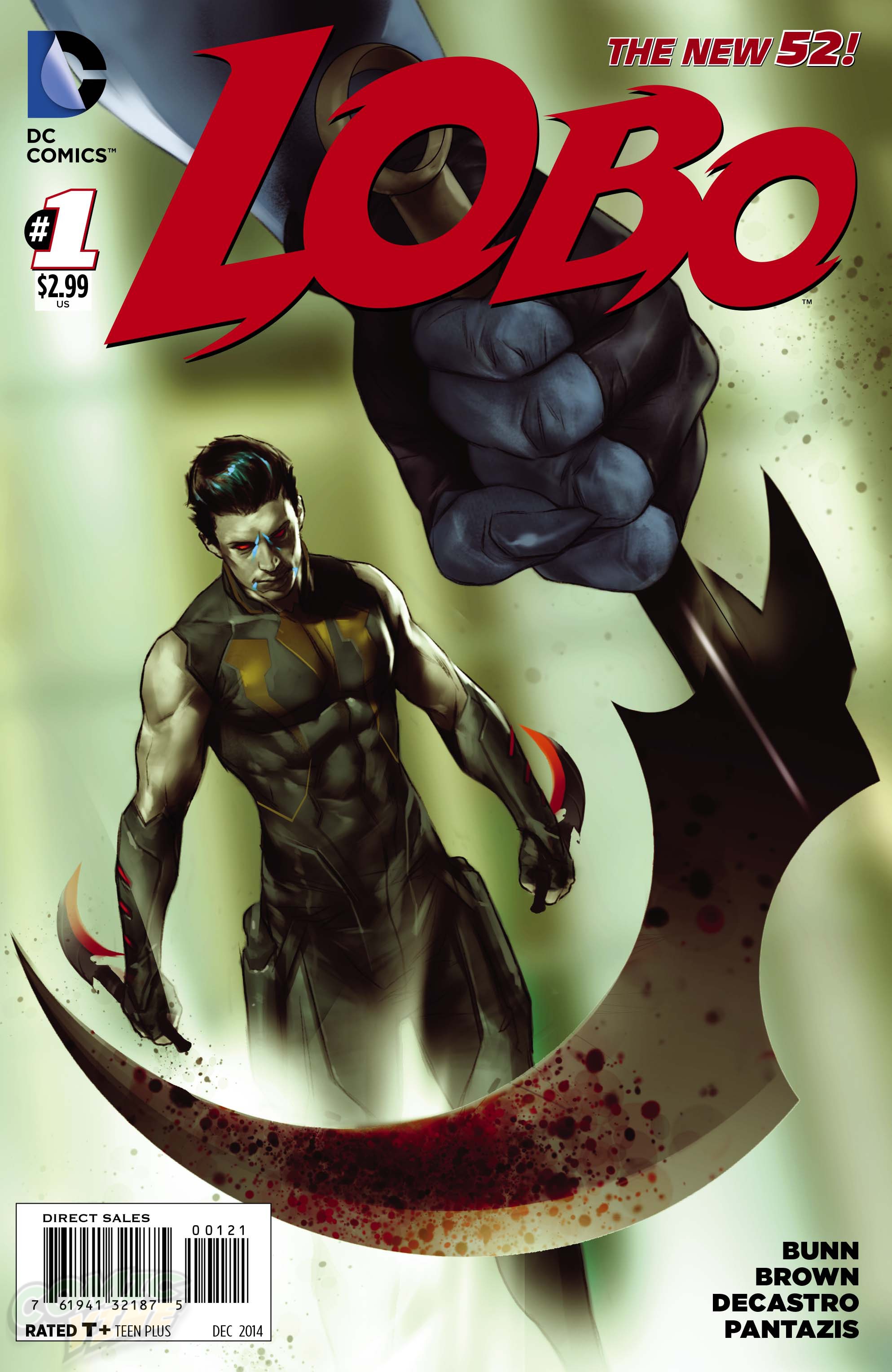 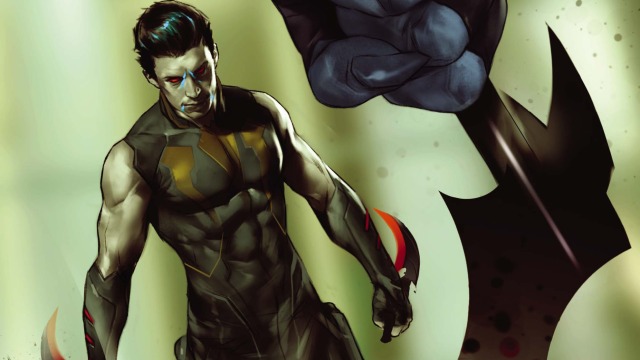 With his 90s Hair Band counterpart taken care of once and for all, Lobo is free to chart a new course as the Last Czarnian at last. Offered a contract too juicy to ignore — to track down and take out eight of the universe’s deadliest assassins — Lobo follows his marks to the one planet to which he never wanted to return: Earth. But who are these assassins being paid to take out, and why wasn’t Lobo among the ones chosen for that job? The mystery begins right here.

Bunn immediately sets the readers expectations within the first few pages with no doubts left in the readers’ minds — the old Lobo is gone. This is our Lobo. Like it or lump it. And quite honestly, I’m more pleased than not. When Lobo was first introduced, he was a contract killer with admittedly poor fashion choices, but a far cry from the radical caricature he would evolve into over the course of several decades.

This Czarnian assassin is no less brutal as we come to find out, although a tad more elegant in his delivery. Gone are the rusty tow truck chains in favor of a more sleek set of weapons, so that when penciller Reilly Brown pictures them slicing through a body lengthwise, you get a clean splatter, not the explosion of goop from the old days.

Yes, this Lobo is every bit as murderous and gruesome as the last, and his personal code is also alluded to, a fact that may bring in a lot more of Lobo’s history in the coming issues. We get a few pages of hints to that past already, and it’s a bit of surprise, but at the same time it helps establish what I believe Bunn is crafting here: a sci-fi Western.

It’s no coincidence Lobo lands in what looks to be the American West upon his arrival on Earth. Both Bunn (through internal monologue) and Brown (through setting and — amazingly enough — character posture) create an atmosphere so picturesque for that genre, it’s hard not to immediately romanticize Lobo’s mission in response.

Action sequences here are well-rendered, although backgrounds in many panels suffer as a result. There is a nice balance between that violence one would come to expect from the character and a little more philosophical introspection. It’s part of the reason I’m a little disappointed at how “throw away” the off-panel, final confrontation between Lobos turns out to be. I’d almost have preferred to simply not address the issue of the previously introduced Main Man (who is nearly a perfect duplicate for the pre-New 52 version) than to see the resolution handled so off-handedly.

Ultimately, Lobo is well-characterized throughout even if other characters remain more one-dimensional in his presence, but here’s hoping as the series progresses we’ll get a richer cast laid out in front of us. In the meantime, it’s pleasant to see that Bunn has such a strong vision for what this (new) character is going to be about and the type of worldview he’ll inhabit. I’m looking forward to seeing his Lobo branch out and meet a bit more of the DC Universe. Jonah Hex, anyone?