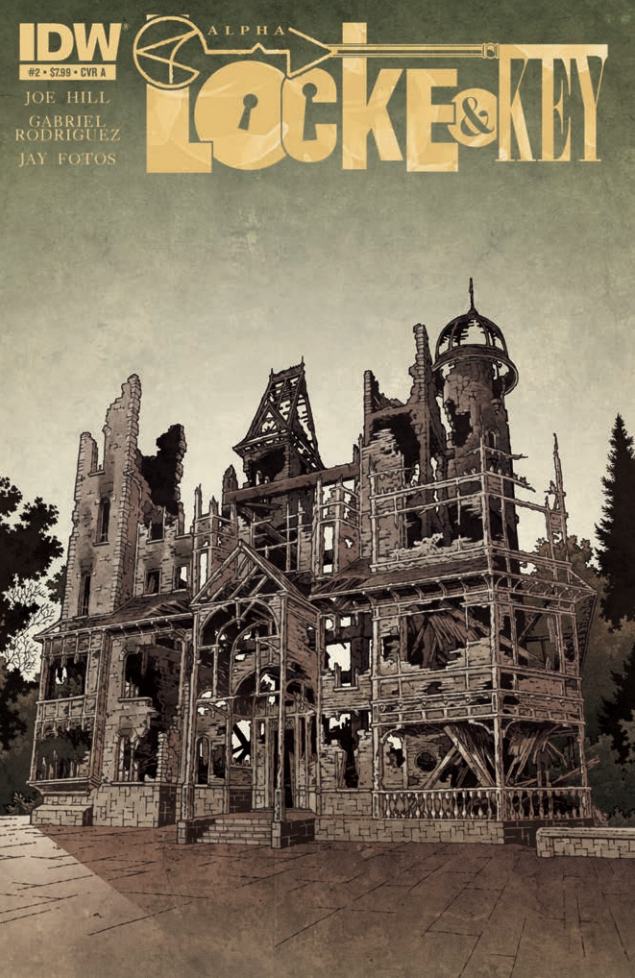 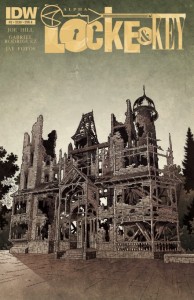 Almost six years and thirty-nine issues later one of the most critically acclaimed comic books of the past decade has come to an end with Joe Hill and Gabriel Rodriguez’ Locke & Key: Alpha #2. As expected, the creative team of Hill and Rodriguez did their best Kerri Strug impression and stick the landing by providing closure in a very emotional final chapter to their masterpiece.

Locke & Key: Alpha is two issues telling the story of the climactic battle between the Locke family and the demonic Dodge who is hellbent on unleashing his fellow demons on Earth. Whereas issue one of the final series featured the resolution to the aforementioned final battle, issue two features the fallout, and feels more like an epilogue to the entire series. Some people may look at the word epilogue and roll their eyes, but Hill has spent years developing these characters who readers the world over have come to love, and he wisely realized that closure was not just important to the character, but you the reader as well. It’s as if Hill and Rodriguez have been paying attention to some of the vitriol expressed towards shows on TV that leave things ambiguous or up to the readers imagination as they go off the air. This issue is all resolution and done so with the heart and character we have come to expect from the Locke family and their friends and foes. The keys play a large role, as they should, as emotional reunions commence, an old friend from one of the most beloved L&K stories makes an appearance, things are literally put back where they belong, and we even see the fruits of the labor put into Tyler and Duncan’s summer project. This issue isn’t going to be someone’s first issue of the series, so I know I’m preaching to the choir with everything I’m saying, but for fans of the series this should be viewed as the perfect emotional capstone to a series that has been full of real emotion from the very start, despite all the craziness surrounding Keyhouse.

At this point what else can be said about Gabriel Rodriguez and his artistic contributions to the series? It really does say something this day in age that an artist stays on a series for the entirety of the book’s lifespan. Issue after issue he took everything Joe Hill threw at him, and made it beautiful. There were issues he switched up his style, like in the classic issue Sparrow, or stories like Open The Moon where his work broke our hearts. Then there was every other issue where he brought consistency to the book that really allowed the reader to get comfortable. We didn’t have to worry about anything changing up on us with a different artist, the twists and turns of the story did that enough. We knew what Keyhouse looked like, we could look at a key and know what one it was, and we could see the maturation of the Locke kids under the pencil of one man. I mention all of this because while Rodriguez is given a relatively quiet issue to draw to close out the book, he does so with the same level of talent and consistency mentioned above. He hammers home the emotional scenes, and gives visual callbacks to scenes we’ve seen throughout the series. Locke & Key has been his career defining work, and because of its beauty I know I will be eagerly anticipating what he has in store for the comic book world next.

If this review is reading more like an eulogy or celebration of Locke & Key as a whole it’s because it is. The series is going to go down in history as one of the finest to ever grace the medium, and instead of going into detail about events of the issue, I wanted to tell you that it works, and it is satisfying. Congratulations to Joe Hill, Gabriel Rodriguez, Jay Fotos, Chris Ryall, IDW and everyone that had a hand in crafting Locke & Key. You all created a masterpiece and it was an honor to be able to experience it.

To the fans who are going to miss the book I leave you with this, “Death is not the end of your life you know. Your body is a lock. Death is the key. The key turns and you’re free. Free to be anywhere. Everywhere.” The story may be over, and Locke & Key may be “dead” but it is not the end. It will live on in the hearts and minds of all it’s fans, in all those fancy collections, and will forever be an example of the best that comics has to offer.