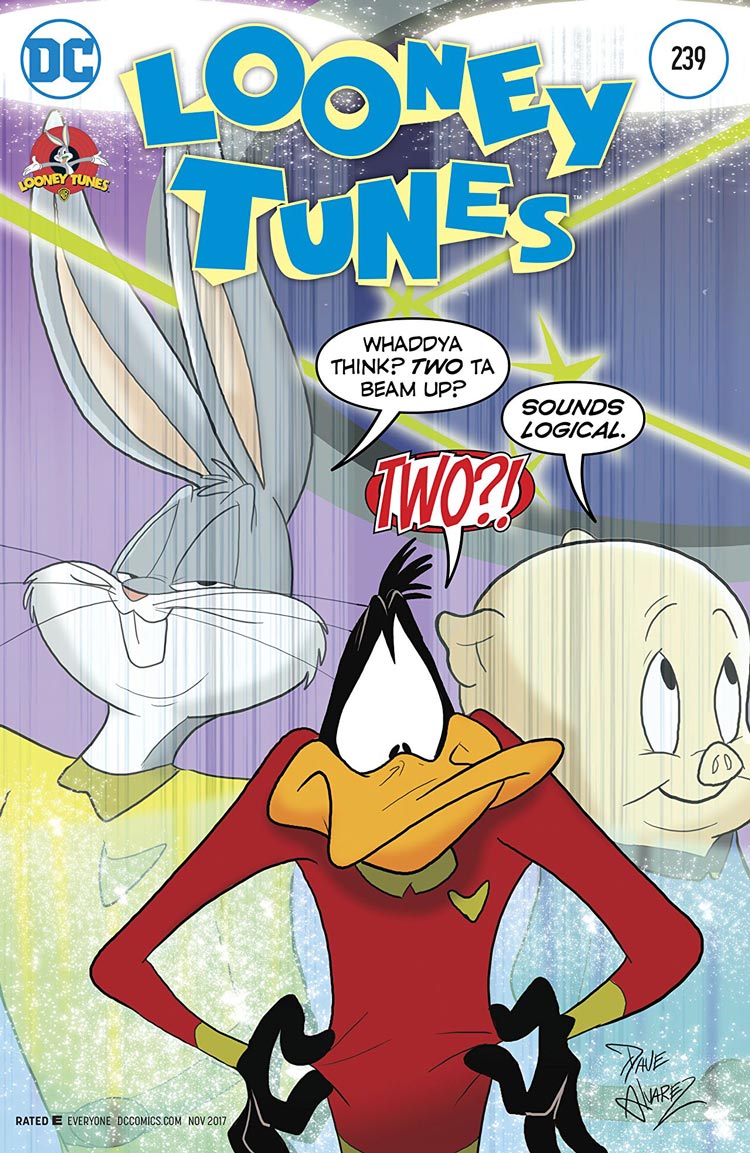 This month’s issue is a mixed bag of shorts from the Looney Tunes gang. An all-star (pun intended) parody of Star Trek, a Marvin the Martian story, and an odd little Sylvester and Tweety tale.

First up is the parody. Captain Bugs leads the crew of the starship USS Activity on its deep space mission. Though a brief eight pages, this is a suprisingly deft bit of spoof. Covering bits of the original series and first films, “What’s (Space) Opera, Doc?” has the most genuine laughs of the issue. Daffy standing in for Spock cashes in on the traditional rivalry of the duck and the rabbit.

The storytelling is clear and the regular breaking of the frame keeps the action (and jokes) moving at a good speed.

Next up, Marvin and his loyal dog K-9 are caught up in a Little Shop of Horrors-esque run-in with an indestructible plant in “Flower Power.” Only so much can be done in four pages, so it’s a credit to the team that there are some giggles to be had and some forward movement in the story. The coloring is a bit of careful work as all three characters are partly, or entirely, green. The backgrounds are well-planned to create enough contrast to follow the action.

Finally is Sylvester and Tweety in a send-up of the classic VH1 series in “Behind the Slapstick.” While the Star Trek story is obviously aiming at an even older source material, I do question using a series that has been off the air for five years as the framework for this eight-pager.

The weakest of the three, the conceit makes the story more tell than show. The action of the last page comes a bit late. That said, it the panel layout does put the reader in the headspace of the narrated fall-from-grace older readers will know so well.

The Trek parody is the main feature, so perhaps read this issue backwards so you start with the warm ups.