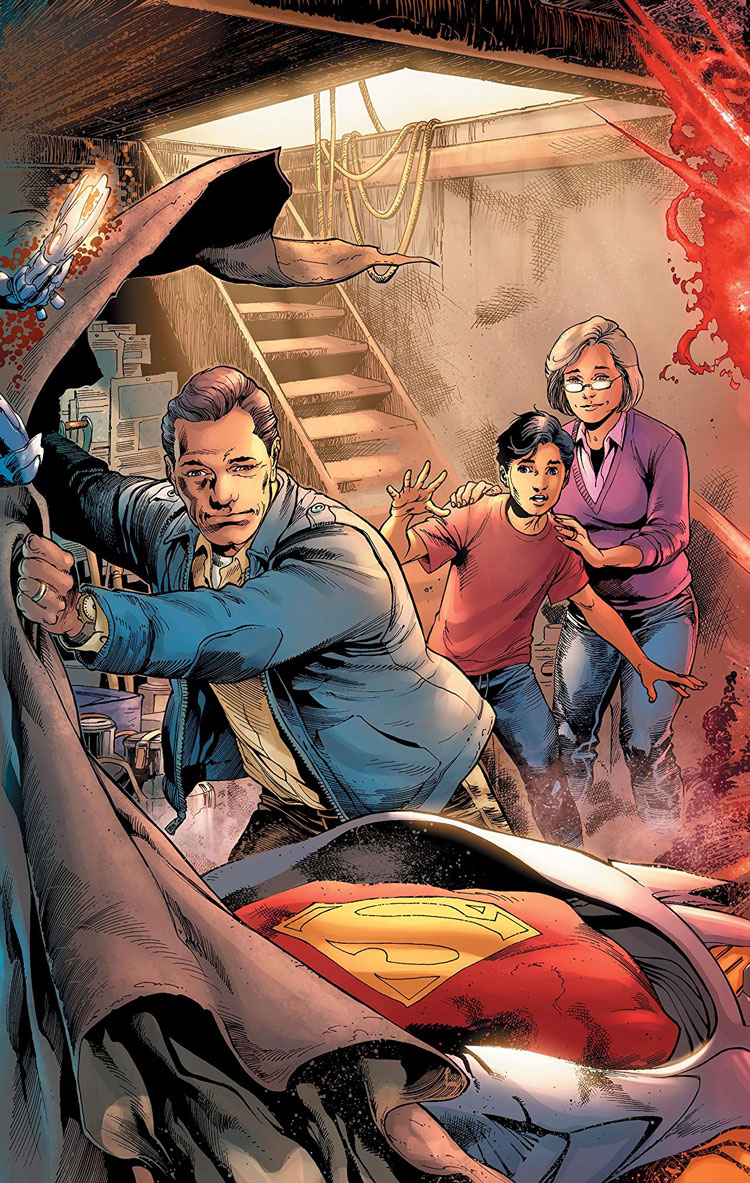 Superman tries to catch an arsonist who eludes his powers while keeping the secret of Lois and Jon’s disappearance.

Man of Steel #2 skillfully interweaves multiple plot threads, each with a compelling mystery. What happened to Lois and Jon? What role did Rogal Zaar play, if any, in the destruction of Krypton? Who is the mysterious arsonist afflicting Metropolis? This sophomore issue of the six-issue mini-series moves the ball down the field on each of these questions, tantalizing and enticing without, yet, providing any answers.

I’m on the record as being initially quite skeptical of Man of Steel, and the direction the Superman titles are heading in. After Man of Steel #2, I’m more or less entirely won over. The deep background and mystery surrounding Rogol Zaar has made a character I initially dismissed as a warmed-over Doomsday knock-off into one of the more intriguing new characters in DC Comics, while the Lois and Jon plot feels much fuller and richer than it at first appeared. This issue gives each plotline its due while still having time for heroics and meaningful conversations that reveal character. It makes for a full and satisfying package that leaves you excited to find out what happens next week.

It’s amazing, in a comic in which so much happens, how much time is devoted to perfectly spot-on character moments. Superman’s voice is so perfectly spot-on in this comic that, on reading it, it becomes difficult to imagine Clark being written any other way, whether it’s in his casually friendly banter with The Toyman or his conversation with Hal Jordan and subsequent self-recrimination when he skips out once the subject matter gets awkward.

There’s also an excellent conversation between Clark Kent and Perry White where we pause for a few panels to see “Perry through the ages,” as he advances from a cup reporter on a typewriter up to Editor in Chief on a laptop. All of this enriches the world and makes Man of Steel feel like Superman comics as they always should have been.

That set of flashback panels are done by Steve Rude, who styles them as unfolding pages on a newsprint background. It’s an enthralling, evocative effect, and a microcosm of the fantastic art that appears throughout this issue. Art duties are shared by Rude and Doc Shaner, with a two-page flashback splash contributed by Jay Fabok. Rude and Shaner’s art styles turn out to be surprisingly compatible with one another; the switch from one to the other isn’t jarring, and while they’re certainly distinct they both bring, for example, a classic square-jawed but open friendliness to Superman’s face.

Alex Sinclair’s colors work wonderfully to unify the two art styles. His bright colors when, for example, Superman faces The Toyman serve as interesting counterpoint to the faded, rotogravure styling of the newsprint flashback and give the whole comic a dynamic feeling.

Man of Steel #2 is well-illustrated and action-packed, yet still finds time for down-to-Earth character moments that build the universe and instill confidence that the Man of Tomorrow is in good hands.