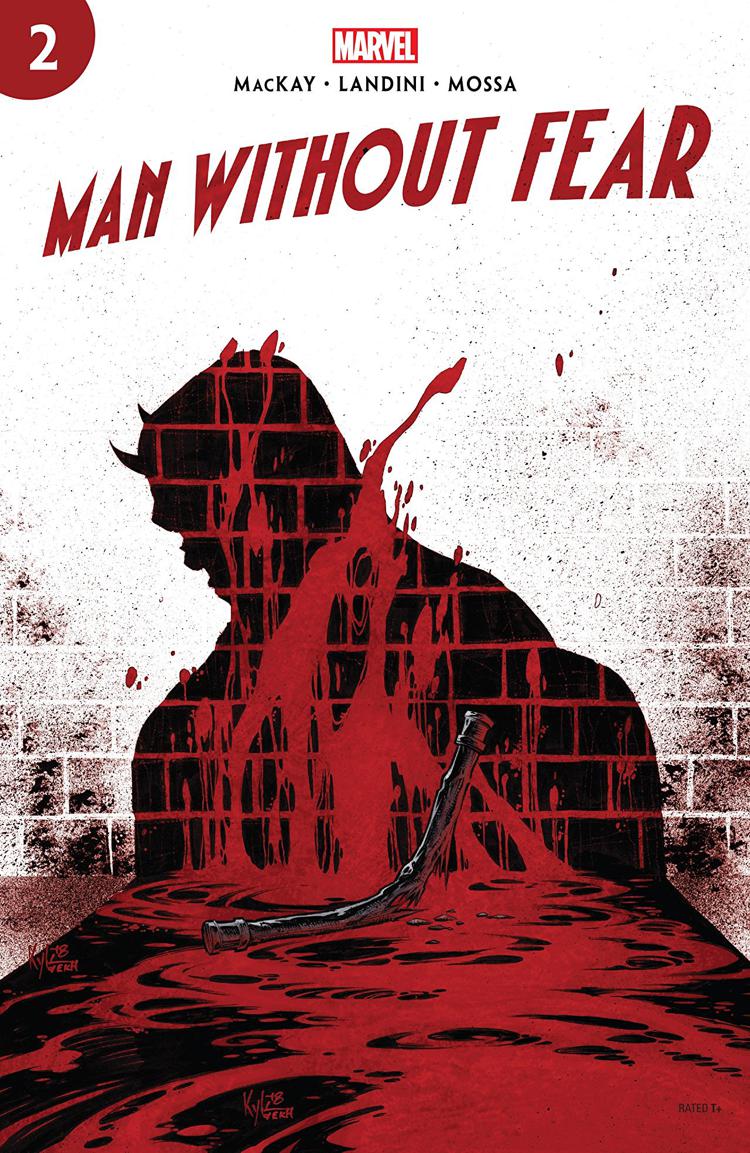 Once again Jed MacKay delivers another fantastic issue of Man Without Fear, that definitely continues its dissection of who Matt Murdock is and the price he has paid for being Daredevil. Last issue MacKay personified Matt’s fear and pain and utilized them as a means to analyze and convey his relationship to both things.

The issue centers around Matt’s old love Kirsten McDuffie returning to New York to help Matt recover after finding out about him jumping in front of the truck to save the kid. The issue also centers around the revelation that Matt is finally ready to kill Daredevil and lay him to rest. Years of scars, pain, and trauma have finally taken their toll on Matt and he is ready to give up being The Man Without Fear.

MacKay does his best writing when we get to see Matt alone and left with nothing but his fear and pain. He continues his dissection of Matt’s relationship to his two main driving forces. The scenes where Matt is left alone broken and afraid in his hospital bed contemplating not only his life but his decisions are the most interesting to read. In the first scene, we see Matt lying awake peering through the open blinds of his hospital room window, looking for something while simultaneously being both fearful and hopeful of it. The narrator then implies that the figure Matt is both looking for and fearful of is actually Elektra. Its in this scene that we truly get to see the struggle between how Matt feels about himself internally and the façade that Matt projects to the rest of the world in order to help cultivate his “Man Without Fear” image. The second and in my opinion the best scene in the issue comes yet again when Matt is lying awake and alone in his hospital bed. We see his fear personified yet again in the same skeletal figure dressed in his classic yellow and red costume. Couple them with the narration of the mysterious figure who has been narrating the entire issue, the identity of whom we don’t find out until close to the end of the issue, and you have yet another fantastic issue of MacKay’s series.

I absolutely adore MacKay’s use of symbolism and the way in which he personifies Matt’s struggles with pain and fear. MacKay does a masterful job of crafting the scenes that involves Matt and the personification of his fear. He turns the personification into an actual character that sits in the shadowy corners of Matt’s room waiting for him to be alone before he slinks and slithers out exclaiming Matt’s worst feelings about himself, his doubts, his failures, and his fears. I love that MacKay’s interpretation of fear essentially acts in the same exact manner as the actual feeling of fear waiting for us to have those silent moments where you are left with nothing but silence and the deafening screams of your fear, insecurity, and doubts. Another thing I found interesting about MacKay’s personification of Matt’s fear is that its form isn’t set aside from the classic Daredevil suit. During the scene where the Personification meddles with Matt in his hospital room we see the being taunt him over his fear of Elektra and a myriad of other complicated emotions Matt feels about her. It’s in this moment that for a split second we see the manifest itself as Elektra underneath the suit.

The issue continues MacKay’s theme of dealing with Matt’s relationship to both his fear and pain and how each individual aspect in some way drives and controls him not just as Matt Murdock but also as The Man without Fear. The issue deals with all of the women Matt has loved and lost because of his secret and his vigilante activity as the Daredevil and how those experiences and through his fear dictates and colors his relationships in the future. With the return of Kirsten MacDuffie to help take care of Matt those past experiences stir around in Matt’s mind giving his fear or in many ways his survival instinct a metaphorical playground. But this time I don’t think his fear and survival instinct stirs as a means to protect Matt, but instead, I think it flairs as a means to protect Kirsten from what Matt feels would inevitably be the death of her because of her proximity to him. We see this commentary played throughout the issue by a narrator whose identity I won’t spoil but it’s definitely the biggest surprise of the issue and simultaneously the biggest heartbreak.

Overall MacKay does an outstanding job of crafting a detailed psychological profile of Matt Murdock and Daredevil. He takes the time to present us with ideas, concepts, and relationships that are absolutely elevated the moment you put the issue down and start to actually think on what you just read and saw. MacKay leaves you with ideas that take root and start to blossom the moment you begin to dissect and analyze not just their meaning but their relationship to Daredevil as a character. I absolutely think he has yet again knocked the ball out of the park and given us a fantastic commentary on the internal struggles of superheroes. I’m excited for issue #3 and to continue seeing what MacKay delivers with this absolute gem of a series.