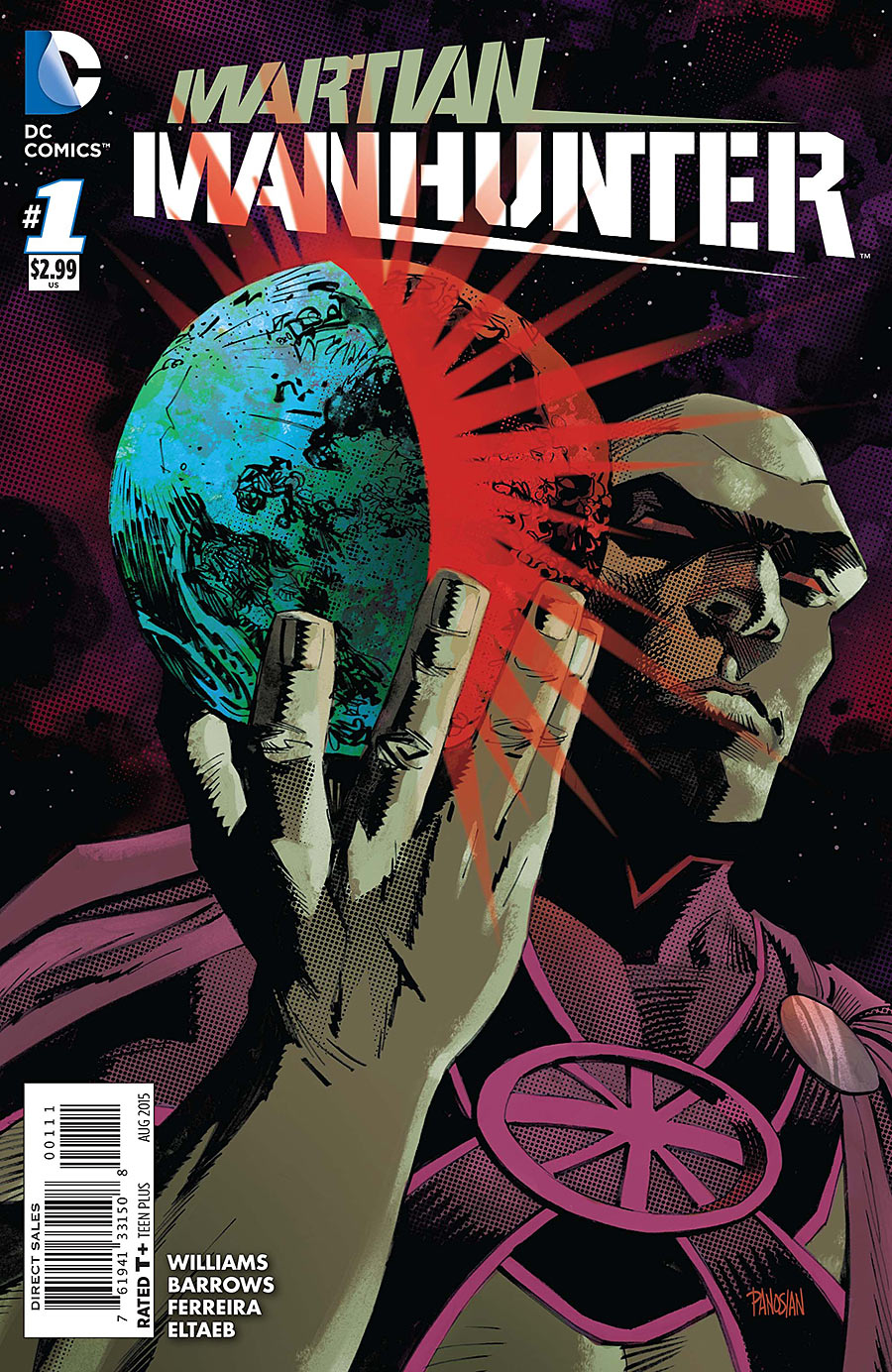 There’s something ominous lurking in the past of the Martian Manhunter. He’s tried to bury it, hide from it and pretend it isn’t there…but now it’s coming.

Rob Williams has a great take on this character, giving him more depth than we’ve seen since the outset of the New 52. He’s always been an enigma wrapped in a riddle in possession of huge amounts of power, but now all of a sudden this cat’s got a past…and it’s an eerie one. There’s an underlying element of horror throughout this entire issue, and Williams does a great job of keeping the tension high. There are many questions left unanswered, as they should be, but at no point does it feel like the story has no direction. Instead, it feels like Williams is just slowly unraveling the mystery of the Martian Manhunter and I think this is going to be a fun story to read, and an important progression for the character.

Williams excels with the entire cast, not just J’onn. For a character that has been shown to have immense power and is a former member of the “Big 7”, he hasn’t had much of a set of rogues or allies in recent years. That is starting to change with this issue, as new players have been brought in and they are intriguing. I want to see more of these characters without knowing anything about them, and some of them excel at driving that horror element. This first issue feels like it is filling in some gaps for one of the heavyweights of the DCU, and that’s just a good thing.

Eddy Barrows’ art is very strong, and as the issue progressed I became more impressed with his work. His style suits this story very well and he can deliver both heroic images and some straight creepy alien craziness. His work gives this comic a very sci-fi horror feel, like something truly crazy could happen at any second. Barrows cuts loose at several points, showing J’onn’s shapeshifting abilities in some really cool ways. This gives the book a unique feel, like J’onn isn’t just another stereotypical superhero, and Barrows shows that with every page. Gabe Eltaeb’s colour work is great, with a whole lotta green going on, but without it looking like a joke. His work makes Barrows’ stronger, and the two work very well together.

Martian Manhunter #1 is a strong debut for the series and this creative team has got me excited for this series going forward. Williams has an interesting take for the character and he and Barrows have established a very intriguing tone for the series. This is a book that is worth trying out if you like heroes with a bit of sci-fi and horror built in, and I’ll definitely be back for issue #2 without any hesitation.